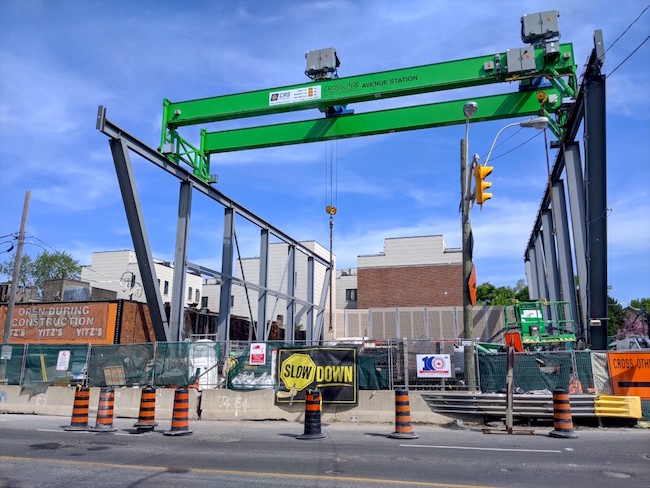 Construction on the Eglinton Crosstown in Toronto, one of several major projects SNC-Lavalin is working to complete

SNC-Lavalin Group Inc. has appointed the former head of Connecticut-based Lane Construction Corp. to oversee the completion of several major Canadian transit projects and work on a new pipeline of business south of the border.

The Montreal-headquartered firm said Aug. 25 Robert Alger will take over as president of its Infrastructure Projects unit, effective immediately.

Ian Edwards, president and CEO of SNC-Lavalin, said Alger brings a unique skillset to the company, including a deep understanding of the full lifecycle of projects.

“I look forward to working with Bob as we continue the transformation of SNC-Lavalin into a leading global engineering services firm,” Edwards said in a release.

After years of straddling the construction and engineering spaces, SNC-Lavalin announced last year it would shift away from on-the-ground construction to focus on engineering. But it continues to work on several major Canadian transit construction projects — the Eglinton Crosstown in Toronto and Réseau express métropolitain (REM) in Montreal, for instance, as it runs down its lump-sump turnkey (LSTK) contacting backlog.

Along with overseeing the company’s remaining work on these projects, Alger will help the company build its project pipeline in the U.S.

“As part of that effort, he will be integral to the development and deployment of new contracting models that limit the risk associated with managing and delivering major projects,” the company said.

Alger replaces Jonathan Wilkinson, who SNC-Lavalin said has moved onto another company.