Roadwork improvements made for Newfoundland and Labrador 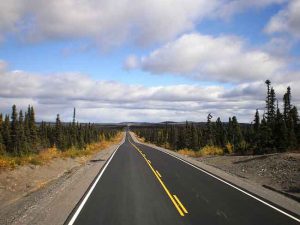 All tenders for projects were issued by the end of March 2017.

Newfoundland and Labrador reported significant improvements to highway infrastructure in 2017.

More than 600 kilometres of highway was paved, and more than 300 culverts were replaced.

As part of the province’s five-year provincial roads plan, tenders for roadwork were issued earlier in the year. This allowed contractors to take full advantage of a short construction season, according to the Department of Transportation and Works.

“When we announced our five-year provincial roads plan in January, we were confident that awarding tenders earlier in the year would help contractors complete more work,” said Steve Crocker, minister of transportation and works.

“With some tenders being issued this fall for road work next year, we will continue to do all we can to ensure contractors finish road work on time and on schedule.”

Under the plan, road projects are prioritized based on safety, traffic volumes and input from motorists and the department’s engineers.

Newfoundland and Labrador completed its first night time construction project, which paved sections of the Trans Canada Highway, in 2017. A pilot project to determine the best type of asphalt for the province’s climate and highway conditions was also launched.

A stretch of road on the Trans-Labrador Highway between Red Bay, N.L., and Lodge Bay, N.L., was paved. The province also opened the Sir Robert Bond Bridge, located in Central Newfoundland, to traffic this past year.

New pavement was added to sections of highway in the province, including Peacekeepers Way, Robert E. Howlett Memorial Drive and Pitts Memorial Drive. Paving of the Team Gushue Highway extension St. John’s, N.L., is expected to be completed in 2018.

SOURCE: GOVERNMENT OF NEWFOUNDLAND AND LABRADOR