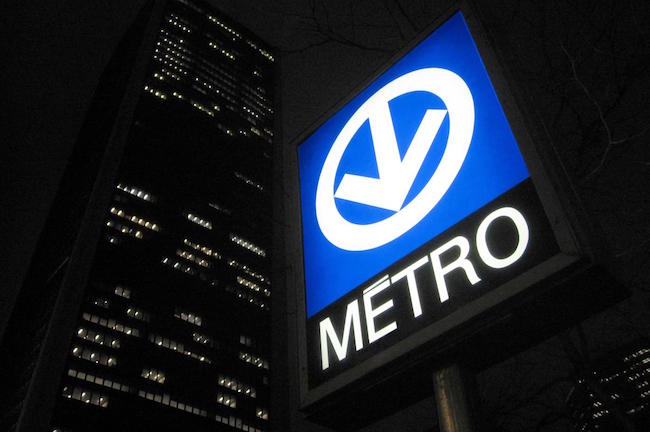 The bill would accelerate the approval process of more than 200 projects, including the extension of Montreal’s Blue Line. PHOTO: Société de transport de Montréal

MONTREAL—The Quebec government is using an opportunity created by the COVID-19 pandemic to fast-track land expropriations, environmental reviews and work permits for public infrastructure projects across the province.

“Whether it’s for schools … or for renovations for long-term care homes for seniors, we will try to get the authorizations more rapidly than in normal times,” Dube told reporters alongside Finance Minister Eric Girard.

The COVID-19 pandemic, Dube continued, accelerated the use of remote working in the business community and of telemedicine in the health sector. “I think this crisis can help us to be more efficient in the way we tender contracts,” he said.

But Dube’s bill was tabled on the same day that Quebec’s auditor general released a report criticizing the province’s Transport Department for a “lack of rigour” in estimating the cost of projects.

The department, which awards more public contracts than any other, doesn’t have enough in-house engineers and relies too heavily on private consulting firms, the report stated. Additionally, the department over-estimated or under-estimated by at least 10 per cent, the cost of close to half of the construction contracts it awarded in the past two fiscal years.

Dube said he is confident the department’s ability to estimate project costs will improve. While Girard said the auditor general’s report no longer corresponds to the current economic reality.

“Until February 2020, Quebec was at full employment, almost an overheating of the economy,” Girard said. “Employment in Quebec now has totally changed. If the Transport Department needs more engineers to facilitate what has been proposed today, there will be engineers available on the labour market.”

Bill 61 looks to fast-track 202 projects across the province. Both Dube and Girard said the accelerated process wouldn’t threaten the integrity of environmental assessments.

The bill, however, does provide for the approval of activities “in the habitat of a threatened or vulnerable plant species or in a wildlife habitat” in exchange for “financial compensation” paid to the Environment Department.

Meanwhile, Quebec’s Education Department said Wednesday that 78 people — 44 children and 34 staff — tested positive for COVID-19 since elementary schools reopened outside the greater Montreal area. The figures were calculated between May 11, when the schools opened, and May 31.

Quebec reported 81 new deaths attributed to COVID-19 Wednesday, for a total of 4,794.

The government said 59 of those deaths occurred in the past 24 hours, while the remaining 22 deaths occurred before May 27. Quebec public health authorities have stated that it sometimes takes several days for deaths to be attributed to the novel coronavirus and entered into the official count.

The number of new daily recorded cases of the virus continues to drop, however, with the province confirming 291 cases over the past 24 hours, for a total of 51,884, including 17,098 people who have recovered.

It was the third straight day Quebec has recorded fewer than 300 new COVID-19 cases, something that hasn’t happened since mid-March.

The number of hospitalizations dropped again, by 34, leaving a total of 1,141 patients in hospital.