Ontario firms up Toronto tunnelling deals worth $1.5B with two sets of contractors 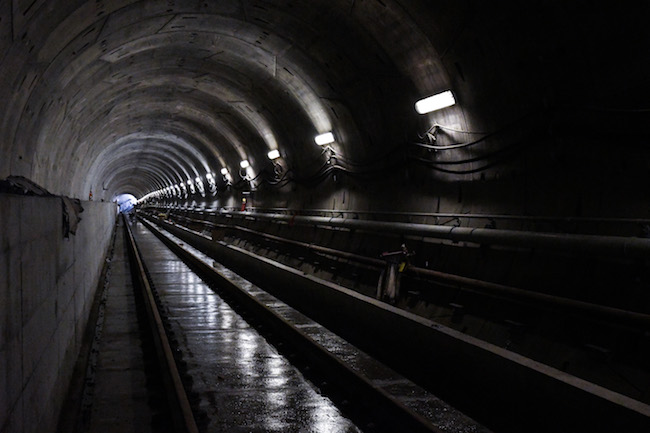 A tunnel for the original Eglinton Crosstown, currently under construction. PHOTO: Metrolinx

Infrastructure Ontario (IO) and Metrolinx have locked in a pair of contracts with two P3 teams that will get work moving on two major Toronto transit projects.

The pair of projects will get tunnel boring machines (TBMs) in the ground for both extensions next year, giving tunnel crews a head start on the transit projects. Other work, such as station construction is scheduled to get underway later this decade. The three-stop Scarborough subway extension is scheduled to open by 2030, while the western extension to the Eglinton Crosstown will add seven stops to the line by 2031.

The West End Connectors, a construction team headed by Aecon Group Inc., Dragados Canada Inc. and Ghella Canada Ltd., has been picked as the winning bidder for Eglinton Crosstown West Extension’s tunnel work. The design, build and finance project covers roughly six kilometres of tunnelling, design and construction of the launch and extraction shafts, and the supply of TBMs. Work on the project is scheduled to start this spring, with the TBMs set to begin moving earth next summer.

Construction in Scarborough will move on a similar timeline. Headed by Strabag Inc., the build team will take on the design, build and finance contract for the subway extension’s tunnel. The scope covers approximately 7.8 kilometres of underground work from Kennedy Station to McCowan Road/Sheppard Avenue. Early work is already underway on the east end of Toronto. Construction of the launch shaft for the TBMs will start in June and the borers will start their journey next year.

Both P3 teams had been singled out as First Negotiation Proponents earlier this year.

The two teams taking on the tunnelling projects: