After an approximately eight-month search, Infrastructure Ontario has named a replacement for outgoing president and CEO Ehren Cory.

Laurie Scott, the province’s minister of Infrastructure, announced Sept 18 that the current head of Project Delivery at the crown agency, Michael Lindsay, will take over the helm at IO starting Nov. 1.

“Michael has been a valued member of the IO executive and has extensive experience working in the private sector,” Scott said in a release. “I look forward to working with him in this key leadership role.”

Infrastructure Ontario’s board of directors also confirmed the appointment, saying Lindsay’s experience at IO, in the private sector and as a special advisor to government on transit, make him “well suited” to lead the arms-length government organization that oversees P3 projects and several other development-related areas. 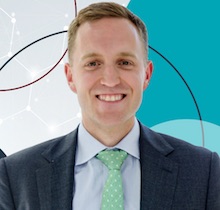 Lindsay will take over as president and CEO of Infrastructure Ontario Nov. 1.

Lindsay has held a range of executive positions over the past five years, including: president, Project Delivery at IO; head of Strategic Partnerships & Government for the Investment Management Corporation of Ontario; and global director of Infrastructure Planning & Advisory at Hatch. Prior to this, he served as senior vice-president of Commercial Projects at IO and was an associate principal with McKinsey & Co., focused on the consulting firm’s Canadian Public Sector Practice.

IO’s board said Lindsay and Cory will work together over the next six week to ensure a seamless transition.

Cory’s departure from IO has been planned for nearly a year. He announced in January he planned to return to the private sector, originally scheduling to resign as president and CEO at the end of April. Later, he agreed to push back his exit by six months.

Scott thanked Cory for his “outstanding service” during his tenure with IO.

“Ehren has been critical to ensuring that IO is well positioned to succeed on the next generation of infrastructure projects, including the hospitals, roads, courthouses and subway projects on the P3 Pipeline,” she said.