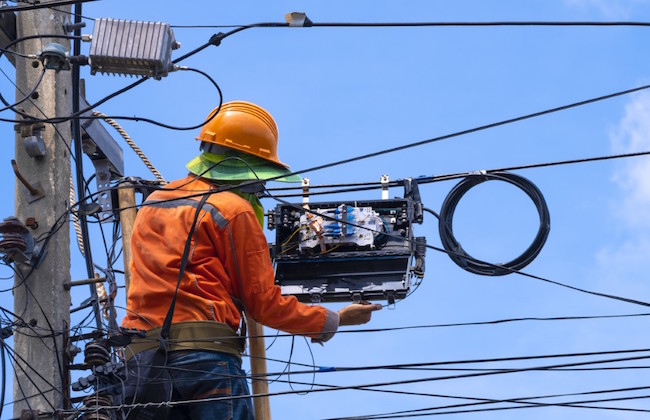 The initiative is expected to create 400 jobs during the construction phase. PHOTO: Adobe Stock/Prapat

Half of the funds would come from the federal government’s infrastructure bank. The other $130 million would come from DIF Capital Partners, a European group with offices in several countries including Canada.

The other participant in the Southern Manitoba Fibre project is Valley Fiber Ltd., which will be responsible for construction, installation, operations and maintenance of the new broadband service.

The Manitoba project, which is expected to get a financial close this spring, will connect up to 49,000 rural households with fibre-optic cables capable of carrying high-speed internet signals by 2024.

The partners estimate the construction phase of the project will create up to 400 jobs and there will be 50 permanent jobs within Valley Fiber, which is majority owned by DIF Capital Partners.

“There is a tremendous opportunity to expand broadband networks and the CIB looks forward to making many more investments which benefit Canadians.”

The Southern Manitoba Fibre project is an example of increased awareness that rural parts of Canada are in dire need of improved internet connections capable of addressing the economic, health and social needs of people living outside major urban centres.

Although governments and others have known for years that there’s a gap between the communications infrastructure in urban, rural and remote areas, the arrival of the COVID-19 pandemic last year shone more attention on the problem and stimulated a number of recent funding announcements.