Feds earmark $3.3B for provinces, territories for COVID-19 infrastructure 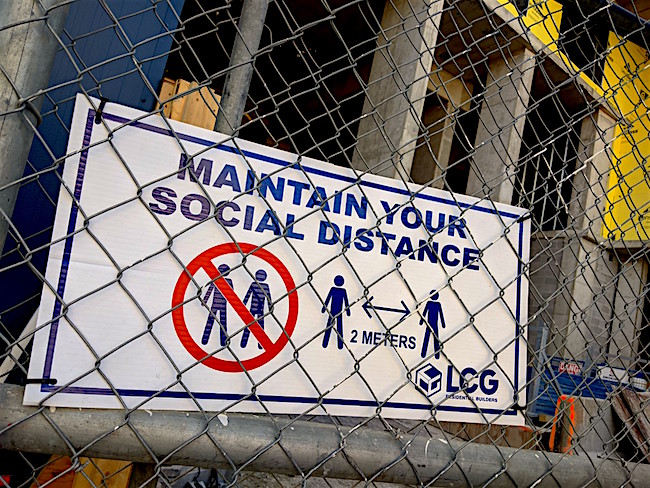 The pandemic has shifted priorities and squeezed budgets across the country

OTTAWA—The federal government is moving ahead with plans to help provinces and territories shore up their defences against COVID-19 by freeing up billions of dollars to make schools and hospitals more pandemic resistant and expand outdoor public spaces.

Infrastructure Minister Catherine McKenna unveiled details of the plan Aug. 5, which followed weeks of talks between Ottawa and provincial and territorial governments — as well as years of criticism about the slow pace of the Liberals’ infrastructure spending.

More than $3.3 billion out of the $33 billion that the Liberal government has previously promised in matching funds for provincial and territorial projects will be available for projects related to the pandemic that are ready to move quickly.

The federal government is envisioning the money will be used to retrofit schools, hospitals and long-term care facilities to better limit the spread of the novel coronavirus, as well as build more bike lanes and walking paths for people to get outside.

Provinces and territories will also be able to use the money to shore up their protections against other disasters such as floods and wildfires. Provincial projects need to be finished by 2021. The territories will have an extra year.

The maximum cost for any single project is $10 million.

To get things moving faster, McKenna said Ottawa is streamlining the process for provinces and territories to submit projects for funding. It will also cover 80 per cent of the cost of eligible projects submitted by provinces, and the full cost from the territories.

The goal is “to help address the pandemic, to make communities more resilient, to work on keeping kids and aging parents and all of us safer and also to improve the quality of life,” McKenna said during a news conference at the Boys and Girls Club of Ottawa.

“We will be speeding up project approvals. We will be opening up new projects eligible for funding. … And recognizing the challenging financial situation for municipalities and provinces, we’ll be offering a bigger federal share.”

The new approach comes as most governments across the country are looking at reopening schools in the next month and trying to better protect nursing homes and other facilities from new outbreaks of COVID-19.

At the same time, many provincial and municipal governments are facing significant financial pressure due to the pandemic, which has caused severe economic damage and uncertainty in local communities.

The federal government has promised billions of dollars in stimulus funding, though McKenna acknowledged the infrastructure funds in question on Wednesday had been previously announced.

The government says every province and territory has at least 10 per cent of its allotment from the $33-billion Investing in Canada Infrastructure Program unspent, and that each will be able to decide which of that remaining money to divert to COVID-19 projects.

Ottawa will now have to sign agreements with the provinces and
territories modifying the terms of the previous
infrastructure-funding arrangements.

The Federation of Canadian Municipalities, which represents communities across the country, welcomed the new measure as reflective of the concerns they have raised about getting more federal infrastructure money out the door faster.

“The federal government has heard us and also believes that supporting local action with more flexibility in funding, more efficient approvals and higher federal contributions will help municipal leaders across the country get projects out the door faster,” FCM president Bill Karsten said in a statement.

But NDP infrastructure critic Taylor Bachrach suggested the new measure amounted to robbing Peter to pay Paul, as the $33-billion fund was already insufficient to meet the needs of provinces and municipalities.

“Shifting this existing program and the same pot of money to new COVID-related issues means other needs will go unmet,” he said. “Offering new ways to access and cut up the same pie might sound nice, but it doesn’t actually get you any more pie.”

Conservative infrastructure critic Luc Berthold blasted the Liberals for not having acted sooner to support Canadian municipalities as well as the slow pace of infrastructure spending over the years.

Disagreements and tensions between many provincial governments and Ottawa kept some projects from going ahead. The parliamentary budget office has issued several reports outlining the sloth-like pace of project approvals and complex nature of the arrangements.

Opposition parties in the House of Commons joined forces in January to pass a motion asking for an official audit of the Investing in Canada program, which overall committed more than $180 billion across more than a decade to infrastructure programs.

“The Liberal government has failed to work with our municipal and provincial partners to get shovels in the ground and deliver projects on time and on budget when our economy needed it the most, and they’ve waited too long before approving municipal projects that could have provided jobs and a boost to their economies this summer,” Berthold said.

McKenna underscored that as the country adapts to COVID-19, “every taxpayer dollar we invest, needs to do triple duty.

“It needs to keep Canadians healthy and safe by making communities more resilient. It needs to create jobs and create economic stability. And it needs to tackle the big challenges we have, like climate change and inequality.”