By Christopher Reynolds, The Canadian Press  May 13, 2021 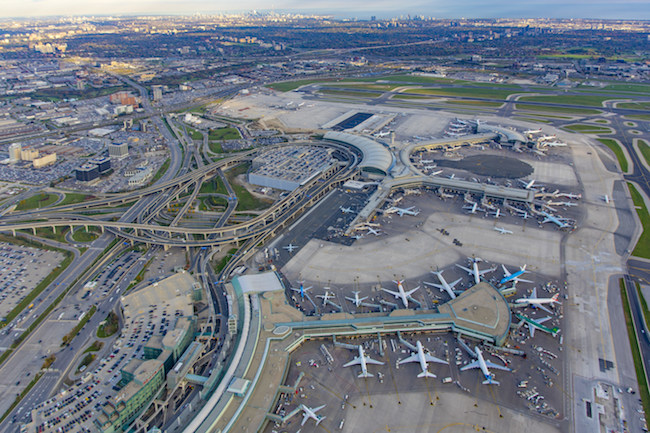 About two-thirds of the funding is destined for large airports, such as Toronto Pearson International Airport in Toronto. PHOTO: Greater Toronto Airports Authority

OTTAWA—The federal government is launching a basket of programs to bolster airports with hundreds of millions of dollars in funding first announced back in November.

A government official, who spoke on condition of anonymity because the announcement is not yet public, says Ottawa has laid out the criteria for airports to access $740 million in capital investments over the next six years.

About $490 million million of that windfall is bound for large airports to put toward critical infrastructure such as runway repairs and transit stations.

Most of the rest is en route to smaller airports, whose definition has been loosened temporarily to allow eight more sites to apply, from Prince George, B.C., to Gander, Nfld.

The government previously announced $206 million over two years to support regional air transportation, and $229 million in additional rent relief to 21 airport authorities — rent was waived for one to three years for smaller airports and deferred by a year for Toronto, Montreal, Vancouver and Calgary.

The aviation industry has been among the hardest-hit sectors during the COVID-19 pandemic, with profits and passenger numbers plummeting amid travel restrictions and border shutdowns.

Airports get the bulk of their revenue from landing and cargo-handling charges to carriers and parking and “airport improvement fees” to travellers, all of which have tanked since March 2020.

Canadian Airports Council president Daniel-Robert Gooch said any federal support is welcome, but that even half a billion dollars for large airports falls short of what’s needed.

“We know that the $500 million is probably going to be dwarfed by other projects,” he said, citing the constant need for infrastructure upgrades.

Last week, Transport Minister Omar Alghabra stressed the need for a “common platform for recognizing the vaccinated status of travellers,” suggesting that G7 countries are working to integrate vaccine certification into international travel in the months ahead.

Gooch said airports have not been part of the discussion so far, however.

“That’s something we’ve wanted to talk with the government about for quite some time,” he said in an interview.

“My organization has not yet had any direct discussions about what the government’s looking at in terms of digital passports.”

Last month, the federal budget laid out $82.5 million for COVID-19 testing at airports when travel picks up.

“We are still awaiting details on what that means, but we think we’ll get those details fairly soon,” Gooch said.