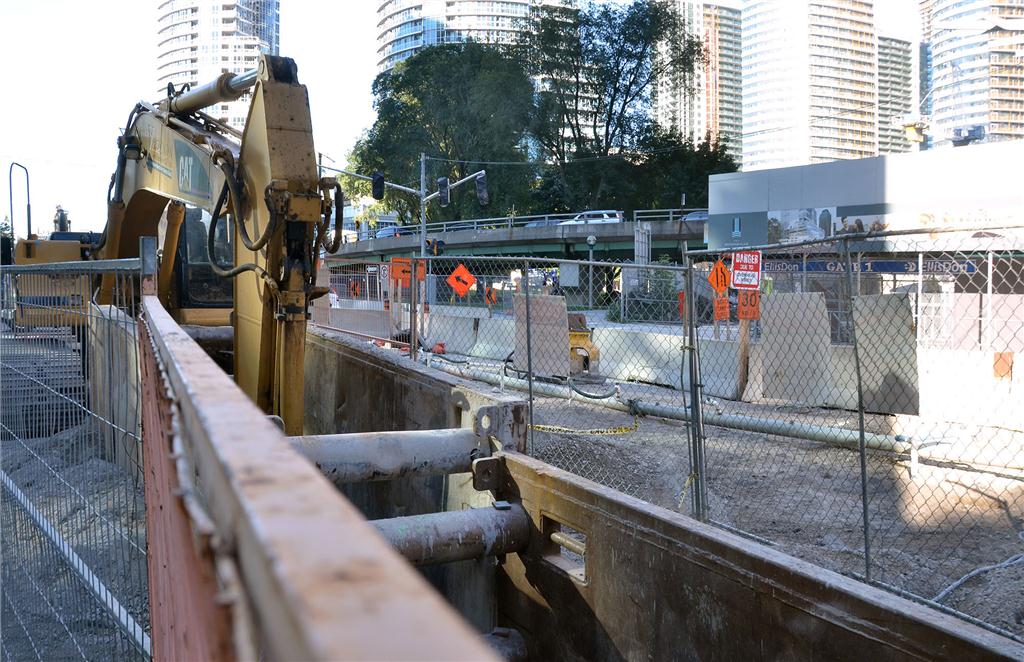 The report points to the federal government as the largest underinvestor, but does not let the province or cities off the hook. PHOTO: Waterfront Toronto

Infrastructure across the province—both above and below ground—remains in dire need of upgrading in order to keep up with increasingly violent weather and a growing population.

Despite the short- and long-term challenges, chronic underinvestment in infrastructure, particularly at the federal level, is putting the province’s future growth and prosperity at risk, according to a new report from the Residential and Civil Construction Alliance of Ontario (RCCAO).

“A growing, modern society needs to build infrastructure faster and it needs to be more resilient,” said Andy Manahan, the RCCAO’s executive director.” Across Ontario, our transportation infrastructure is insufficient to deal with severe traffic and transit congestion. This is costing the province billions of dollars in lost productivity.”

In each of the past seven years, the report found spending on infrastructure as a percentage of the province’s gross domestic product (GDP) has declined or remained flat. From a peak of 4.4 per cent in 2010, Ontario’s infrastructure investment as a share of its GDP had eroded to 2.8 per cent by 2017.

The declining spending runs counter to the scenario the RCCAO says will allow the Ontario economy to keep firing on all cylinders. In an initial 2011 report, the alliance of construction associations, found investments in infrastructure equalling 5.1 per cent of GDP over the course of 50 years could fully fuel the province’s economy. Seven years later, the new report, which was prepared for the RCCAO by the Canadian Centre for Economic Analysis (CANCEA), found that figure has since risen to 5.4 per cent.

“The lower levels of infrastructure investment have made it more difficult for Ontario to reach its full economic potential,” the report says. “The underinvestment over the last several years means that greater investment will be necessary in the future to support a growing population and economy.”

Despite lip service paid to infrastructure, the study points to Ottawa as the main culprit behind the underinvestment. In 2017 for instance, it says the provincial and municipal governments spent funds equal to 2.4 per cent of Ontario’s GDP on infrastructure, while the federal government contributed just 0.4 per cent. Relative to the amount of tax revenue flowing into Ottawa, the report describes Parliament Hill’s spending as “paltry,” adding that a “fair” contribution rate would be 2.15 per cent.

The Liberal government swept to power promising significant infrastructure spending in 2015, but that funding has been slow to materialize. The federal government has chalked up the delays, in part, to the reimbursement system it uses to pay for infrastructure, arguing projects are underway but funding has not yet been claimed. While this is true, Budget 2018 also pushed a significant portion of Ottawa’s planned $180 billion infrastructure spending back into the mid-2020s.

Related: Take an in-depth look at the state of Canada’s $180 billion infrastructure plan

“For a fast-growing province, the inability of our governments to follow through on infrastructure promises is unacceptable,” Manahan said. “We call on the Trudeau government and the Ford government in Ontario to work together to address the current underfunding situation on an urgent basis.”

You can read the full report here.