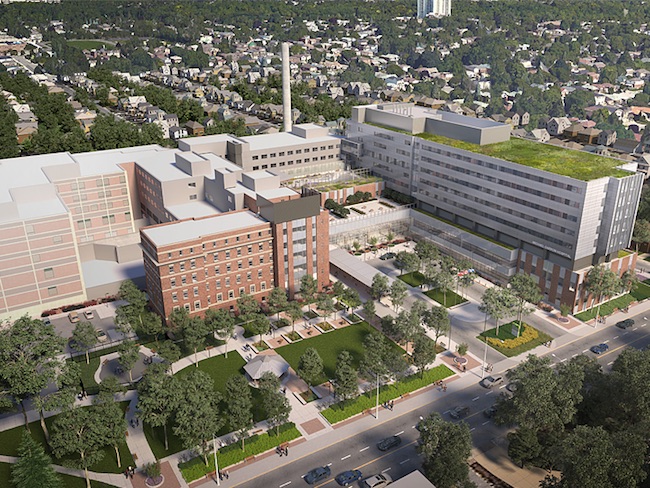 An artist rendering of the redeveloped hospital. It’s the site’s first major renewal since it opened its doors in 1929. PHOTO: Infrastructure Ontario

TORONTO—Construction crews have begun work on a significant expansion and modernization project at Toronto’s Michael Garron Hospital on the city’s east end.

The project includes the construction of a new eight-storey patient care tower, a three-storey connection to the existing hospital and the demolition or renovation of some of the site’s current space.

The company officially broke ground on the project April 25.

EllisDon Design Build Inc. will serve as the lead design-builder, with support from a design team consisting of B+H Architects and Diamond Schmitt Architects. The engineering team for the nearly 550,000 sq. ft. expansion is made up of Mulvey & Banani International Inc., Crossey Engineering Ltd., Stephenson Engineering Ltd. and WalterFedy.

Along with the new tower and connection to the existing hospital, the contractor will be responsible for redeveloping about 100,000 sq. ft. of existing floorspace. The project is the hospital’s first major renewal since it opened its doors in 1929.

Construction is scheduled to reach substantial completion by September 2023.