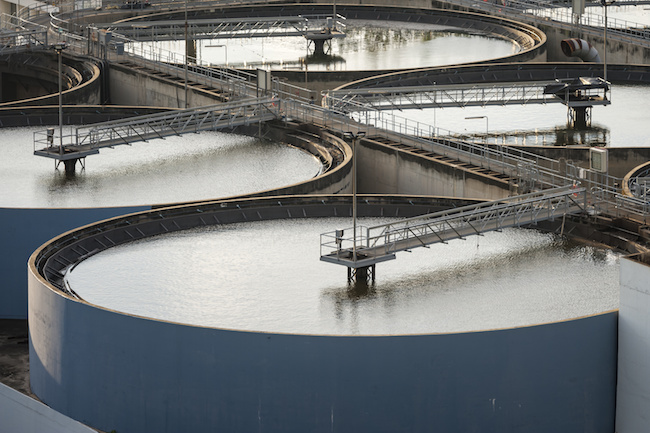 The CIB was created in 2017 and designed to help Ottawa fund infrastructure projects like wastewater systems, roads and bridges

OTTAWA—The chief executive of a federal infrastructure agency says there is a short runway to prove its worth, and thinks it can stand out by taking on outsized risks to attract private dollars for billions in new construction projects.

Ehren Cory, the recently appointed head of the Canada Infrastructure Bank, said risk and uncertainty are holding back private investment in many potential projects across the country.

The Trudeau Liberals created the infrastructure agency in 2017 to address that gap by using $35 billion in federal financing to pull in two or three times that in private dollars, arguing it would stretch Ottawa’s capacity to fund the building of more roads, bridges, energy, water and wastewater systems.

What the Liberals wanted was to finance projects that were revenue-generating, meaning there could be a return to investors, to free up grant money for other work.

While private backers calculate the return on investment, Cory said the agency is looking at what it can buy in public outcomes, such as reduced greenhouse gas emissions or new homes connected to broadband internet.

But now it needs to stand out in a market where interest rates have hit rock bottom as a result of the pandemic. Large investors can borrow cheap money here, and invest overseas where population growth and yields are higher.

What the bank can do to keep capital here is take a financial position “with outsized risk for our cheap money,” Cory said, making the investment for the private sector much more palatable.

“I still want them to share in that risk with me or else why have them in the pool, but it’s about ? bridging a gap of risk,” Cory said in an interview.

“At the CIB we don’t think the key is about low cost of financing. The key is about the way that we’re willing to bridge commercial and technological and economic uncertainty, just enough of it, to make the project economics work.”

Cory’s appointment was one of several the Liberals have taken over the last six months after years of criticism that the bank was too slow to approve financing, and projects too marginal to lure big investors.

The government has redone the marching orders for the agency and appointed a new chair of the board.

The Liberals have given the agency a near-term focus on projects that fill critical gaps, stimulate the economy and can get from concept to construction to effective use quickly, Cory said.

As a Crown corporation, it’s reasonable that the bank invest in priority areas the government sets, but with independence on investment decisions, he said.

The political connection to the agency is something that institutional investors have in the back of their minds. Government direction to the agency could change, or a new government could shut it down, as the Conservatives and New Democrats have each previously promised to do.

Cory said concerns about politics and elections haven’t crept into the conversations he’s having in the market. Concerns are risk-based, he said, pointing to net-zero projects with uncertainty about technology, its costs or evolution, or what will happen to the carbon tax.

Since the fall, the agency has announced financing for three new projects, including a 35-year, $407-million loan to expand irrigation infrastructure in southern Alberta.

Cory said more projects in the pipeline should be announced in the coming weeks and months, including one for zero-emission transit buses where the savings generated from not buying diesel can pay off the bank’s loan to finance the higher upfront purchase costs.

Internal changes at the agency to speed up reviews should put the bank on pace by the summer to have made 10 or so investments, he said, with a value of about $2.5 billion in CIB capital, and $6 billion in total project value.

If it goes well, Cory said that should prime the market and generate short-term interest in the bank.

But he acknowledges that the agency has a limited runway to prove its worth for the long-term.

“There is no one at any level of government from any political party who says we don’t need more (infrastructure) built faster, and better quality than we’ve done historically,” Cory said.

“If we can prove ourselves useful in that space, then I think there is a role for the CIB for a long, long time.”