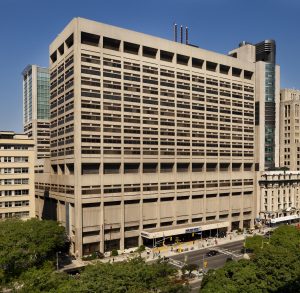 The project is a large-scale renovation of several key areas of Mount Sinai Hospital, including:

EllisDon will now mobilize on site and construction will begin, with an expected substantial completion date of fall 2022.

“This is an exciting step forward in the redevelopment of Mount Sinai Hospital that will transform the hospital’s facilities and capacity. Our government is committed to investing in infrastructure projects that improve the lives of people in Ontario, who deserve high-quality, safe patient care for generations to come,” Eric Hoskins, Minister of Health and Long-Term Care.

This project is being delivered using Infrastructure Ontario’s Alternative Financing and Procurement (AFP) model, an innovative way to finance and procure large, complex public infrastructure projects. IO and the Ministry of Health and Long-Term Care are working with Sinai Health System to renovate the facility, which will remain publicly owned, controlled and accountable.

“Mount Sinai Hospital is an important project for the local community, and for our province. I’m pleased to see that we are making good progress on this project. We are committed to getting the best value for money when it comes to infrastructure projects, and the redevelopment at Mount Sinai Hospital will create jobs, stimulate the provincial economy and reinforce our commitment to building Ontario up,” Bob Chiarelli, Minister of Infrastructure.

Ontario is making the largest infrastructure investment in hospitals, schools, public transit, roads and bridges, and water and wastewater infrastructure in the province’s history – more than $190 billion in public infrastructure over 13 years, starting in 2014–15. To learn more about what is happening in your community, go to Ontario.ca/BuildON.