Two months after opening its chequebook for the first time, the new federal institution says it's looking closely at nearly a dozen new projects 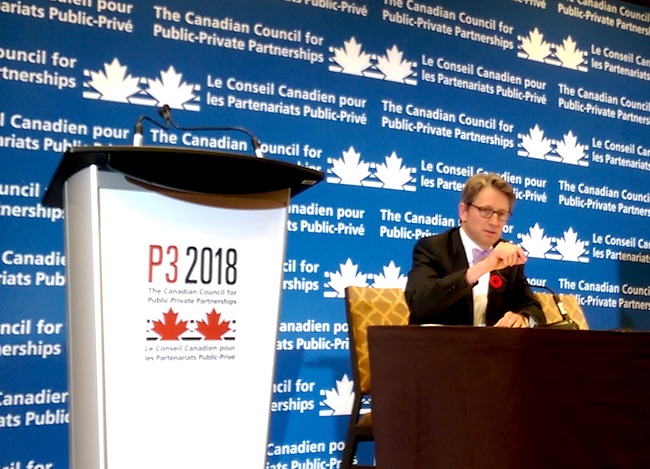 Pierre Lavallée, the CIB’s president and CEO at the annual conference of the Canadian Council for Public-Private Partnerships in Toronto

TORONTO—Two months after opening its chequebook for the first time, the Canada Infrastructure Bank says it is “actively engaged” in reviewing a list of 10 other new infrastructure projects for investment.

The institution, which was designed to finance Canadian infrastructure that may otherwise not be built, has been allotted $35 billion in federal funds over the next decade to help bridge the gap between public and private infrastructure.

Pierre Lavallée, the CIB’s president and CEO, disclosed the engagement process for the 10 potential projects in a keynote address at the annual conference of the Canadian Council for Public-Private Partnerships in Toronto Nov. 6.

“We’ve jumped into our investment mandate with both feet,” he said, adding that the bank has also held discussions on 45 other projects, some of which may also move onto the active engagement phase in the future.

“We are ready and willing to engage in projects that are ready for prime time, but we will also take the time to conduct due diligence.”

Lavallée, who took the reins at CIB this June after serving as the Senior Managing Director & Global Head of Investment Partnerships with the Canada Pension Plan Investment Board (CPPIB), said the bank plans to deploy at least $5 billion in capital to each of its investment priority areas. It has previously identified public transit, green infrastructure, and trade and transportation as its areas of focus.

“We don’t have a favourite child yet,” Lavallée said. 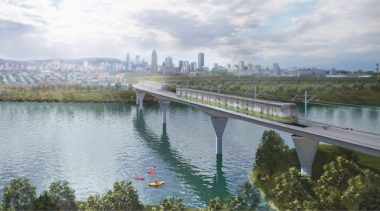 Along with getting more transit systems, roads and other such projects off the ground, the bank aims to coax private investors—both foreign and domestic—into injecting more capital in Canada. It’s no easy task given the fierce international fight for investment. Still, Lavallée pointed to Canada’s economic growth prospects, fiscal situation and the stability of its legal system as major selling points.

Earlier this year, the bank announced a $1.28 billion loan to Caisse de dépôt et placement du Québec for the pension fund’s Réseau express métropolitain (REM) project in Montreal as its first investment. The bank expects more action over the next year.

Along with disclosing talks for the 10 new projects, the CIB appointed a new head of project development Dec. 3. Lavallée said the new institution plans to have its entire leadership team in place in the next few months.