B.C. plans a $9.7B deficit to build COVID recovery: minister 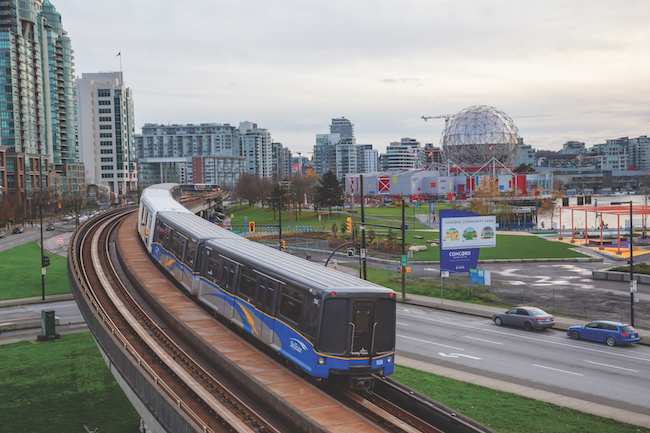 Extending SkyTrain service to Langley, B.C. is among the province’s infrastructure plans included in the budget. PHOTO: Adobe Stock/Edb3_16

VICTORIA—The British Columbia government plans to spend $8.7 billion over three years on infrastructure as well as on supports for families and businesses to help build the economic recovery from COVID-19.

Finance Minister Selina Robinson said April 20 the deficit for the 2021-22 budget is projected to be $9.7 billion, lower than the $13.6 billion forecast last December, due to higher than expected revenues and lower government spending.

The budget forecasts three consecutive years of billion-dollar deficits and rising debt. The province could possibly return to balanced books in seven to nine years’ time, Robinson said at a news conference.

“The pandemic will end, but our work to build a better future will not,” she said. “The work ahead will require the collective efforts of all British Columbians and I know we are all up to the task.”

The provincial government is promising to spend $3.5 billion more than last year on infrastructure to build hospitals and schools, and improve transit and roads, creating 85,000 jobs.

Among those projects is extending SkyTrain service to Langley in the Fraser Valley and completing a toll-free replacement for the George Massey Tunnel south of Vancouver.

There will also be $3.1 billion spent over three years in the health-care and mental health systems, including more supports for older people to stay in their homes and $500 million to address the overdose crisis.

B.C.’s economic outlook has improved since the last fiscal update, with higher than anticipated revenue from the retail, real estate and export sectors, but financial forecasting during a pandemic is difficult, said Robinson.

“There is uncertainty regarding how COVID-19 variants of concern may impact recovery here, across the country and globally,” she said. “The outlook is conditional on assumptions, which could change substantially over the coming months.”

She said the budget’s projections are underpinned on the assumption that immunization campaigns will be well underway around the world and that travel restrictions will ease.

The budget forecasts economic growth of 4.4 per cent this year after declining by 5.3 per cent in 2020, Robinson said.

B.C.’s $10-a-day day care plan, which currently includes 35,000 families, will double with the budget, she said. It also increases the wage enhancement for early childhood educators to $4 per hour, bringing their average wage to about $25 an hour.

She said she expected B.C.’s day-care program to be improved with the federal government’s child-care plans announced in Monday’s budget.

Starting this fall, children under 12 will ride transit for free across B.C., a $672 annual saving for each child in Metro Vancouver and $400 per child outside of the Vancouver area.

“There are challenges ahead but I am confident that by drawing on our shared resilience we will get through these challenges together,” Robinson said.