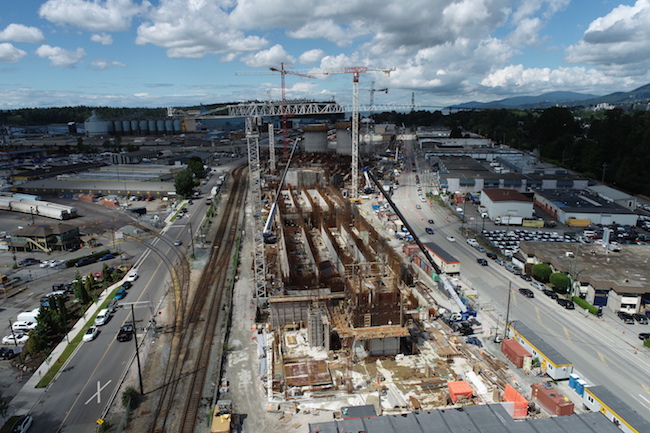 Acciona Canada is digging in, both literally and figuratively, as it marks 20 years in the Canadian market.

The company has been shifting earth at the Site C hydro site in northeastern British Columbia since 2016 and it’s poised to hoist tunnel boring machines into the ground beneath Vancouver and begin moving dirt for the 5.7-kilometre Broadway Subway extension next year. The pair of megaprojects are just two of the 20 infrastructure jobs the company has tackled in its two decades in Canada, and having put down roots, Acciona has its sights set on at least as many more over the next 20 years.

Much of the fresh spending Canada has set aside for infrastructure jives with the company’s expertise, as well as its sustainability targets, Planelles said. “Light rail transit, recycling centers, waste management, all the investment, or most of the investment that Canada is doing, is having a positive impact on the planet,” he added in a recent interview.

“This makes Canada very attractive, not just to Acciona, but to a number of companies from around the globe. That is actually good for Canada, because they’re bringing all that expertise and all that technologically advanced components to infrastructure.”

With its global headquarters in Spain, Acciona is one of several big international firms that have set up shop in Canada in relatively recent years. It gained a foothold in the country in the early 2000s, building Toronto’s Deep Lake Water Cooling System, which uses frigid water from the bottom of Lake Ontario and a series of heat exchangers to cool dozens of downtown towers and hospitals.

Canada’s push to put the public-private partnership model to work was one of the contributing factors for Acciona’s entry into the market. Having experience with P3s in Spain, “It was very natural for us to come and follow the P3 model that Canada was developing,” Planelles said. 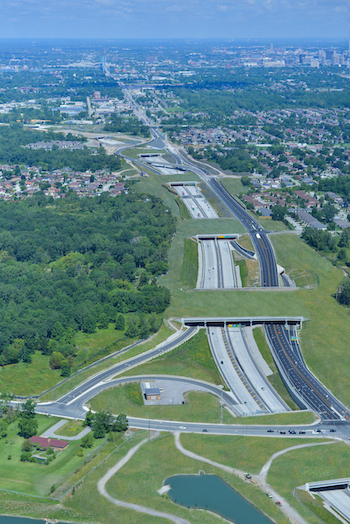 The completed Herb Gray Parkway in Windosr, Ont. It will soon connect Hwy. 401 to the Gordie Howe bridge. PHOTO: Acciona

In the subsequent two decades, the company has worked on a series of big-ticket projects, such as Quebec’s Autoroute 30, the Herb Gray Parkway in Windosr, Ont. and the ongoing North Shore Wastewater Treatment Plant in Metro Vancouver. Acciona now has approximately 2,000 employees in Canada and offices in Toronto and Vancouver.

The mix of local and global perspectives help give the company an edge, Planelles said.

This shift from an entirely local to a more global marketplace for infrastructure, however, draws occasional criticism across Canada, with opponents saying P3s can divert local jobs offshore. With “virtually all” its employees taking part in Canadian jobs being in Canada though, Planelles said this view stems from a misunderstanding of how the sector works.

“We do have people arriving from the global community where we operate,” he says. “But first, they’re not representative. Second, they bring the technical skills that you’re required to solve some of the technical complexities of these projects… We don’t bring workforce, we bring talent and the talent that we bring makes Canada stronger, and prepares Canada to deliver these complex projects more efficiently.”

Though much of Acciona’s current focus is on the multibillion-dollar Site C and Broadway subway projects on the West Coast, Ontario is another locale where the company is watching developments closely, particularly those in transit. The province has committed nearly $30 billion to four new or extended subway or LRT projects over the next dozen or so years. With early tunnelling work on the first couple projects starting this year, the company hopes to join the transit buildout as Infrastructure Ontario and Metrolinx put more aspects of the projects to tender.

Similar to the roster of contractors building it, Canada’s infrastructure market has not remained static over the past two decades. Planelles pointed to several distinct shifts in both planning and execution the company has encountered or encouraged in recent years.

Acciona plans to integrate hundreds of separate sensors on its tunnel boring machines for the Broadway subway, for instance, relaying information about when cutters will need to be replaced, or other parts repaired. 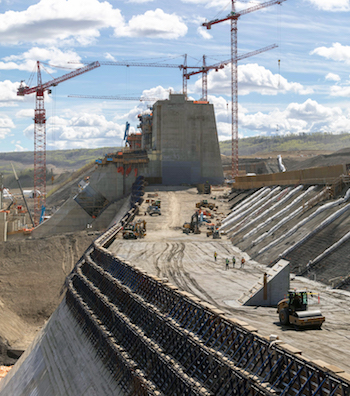 At the same time, the growing push for diversity on and off-site — whether that be more women or more cultural backgrounds — is another driver on major projects, Planelles said. “The different culture, the different backgrounds and different experiences come to our teams and suddenly there is brainstorming of ideas that are new, that are required to respond to the complexity of the project.”

The changing approach to risk in Canada’s infrastructure market is another area Acciona is keeping close tabs on. Like other builders, it carries out careful analysis of its prospective projects and their owners, paying particular attention to third-party risks and the risk transfer process. Ultimately, the company retains a willingness to walk away when it deems the risks outweigh the rewards.

“We don’t go after every project,” Planelles said, noting some owners “get it,” while some others don’t. “The clients that don’t get it will have a harder time finding competition for the projects.”

Risk has been a point of contention between government owners and their private partners for years, but Planelles said he is seeing progress with many owners starting to take contractor concerns more seriously. By participating in market soundings and being transparent about its concerns, Planelles said Acciona works to make owners better understand the risks contractors are being exposed to and adjust the risk allocation as projects work their way through procurement.

“Because this is such a hot topic, we’re more successful in having those conversations, but ultimately, Acciona is not interested in assuming more risk than the project is worth,” Planelles said. “We will not expose the company to unnecessary, unlimited risks, but the clients and the owners are starting to see that.”