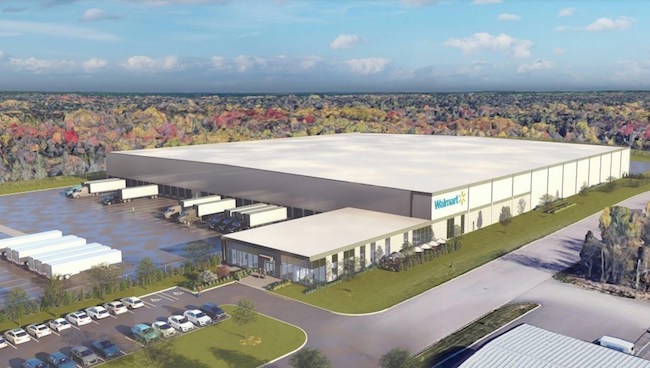 The Canadian arm of the U.S.-based retail giant said April 29 it will spend $56 million to put up a 221,000 sq. ft. facility in an industrial area on the outskirts of Moncton, N.B.

“Walmart Canada is delighted to be building our first distribution centre in Atlantic Canada in Moncton,” said John Bayliss, executive vice-president and Transformation Officer for Walmart Canada, in a release. “We’re developing a world class supply chain that prioritizes our customers. The better and stronger the supply chain, the quicker our customers can get the products they want in our stores and online.”

The company said the warehouse facility, to be built at 125 Frenette Ave., will create 200 jobs once complete and supply fresh and frozen grocery items to Walmart’s 43 stores in the region. It will also trim “million of kilometres” of truck travel from the retailer’s supply chain.

Part of Walmart Canada’s $3.5 billion, five-year growth plan, the new site complements two others already under construction in Ontario and British Columbia. A Surrey, B.C. distribution hub is scheduled to open next year, while a larger facility in Vaughan, Ont. is expected to begin receiving goods by 2024.

Among other design features, the new Moncton facility will employ an Energy Star reflective roof, LED lighting and a system to reclaim waste heat generated by the refrigeration system.

The facility is scheduled to open next fall.