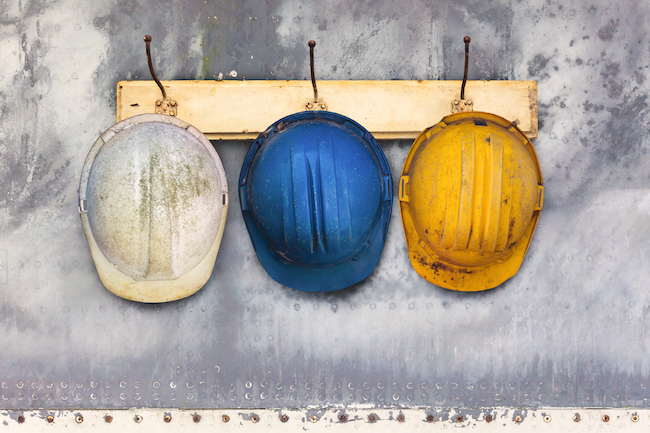 Crews on many job sites across both Ontario and Quebec have been forced to temporary hang up their hard hats. PHOTO: Getty Images

With cases of COVID-19 at or just past their apparent peaks in Quebec and Ontario, crews are getting back to work on a small number of stalled construction projects and momentum for a gradual resumption of work is slowly gaining traction.

Earlier this week, Quebec contractors working on residential projects scheduled to be complete by July 31 were allowed to return to work. It’s a first step toward a broader reopening of the sector after a nearly month-long shutdown.

Quebec, the Canadian province hardest hit by the outbreak, has also taken the hardest line in restricting businesses deemed non-essential. Since April 24, only urgent repairs and construction tied to public security have been permitted. Currently, the other government-mandated non-essential business closures extend through May 4.

With a segment of the residential sector restarting, union groups FTQ-Construction and the Provincial Council (International) said they will be closely monitoring new health and safety measures designed to protect workers and ensure coronavirus is not being spread on job sites. The small-scale reopening will let the industry judge how effective the new regulations are ahead of the gradual restarting of the entire industry, the labour groups said.

According to Premier Francois Legault, the province has begun planning for a wider return to normal.

“Of course, we still need some time to be sure that the pandemic is under control before reopening the economy and the schools,” he said April 21, emphasizing measures would be introduced gradually and with the blessing of public health officials. “We’ll table a plan to tell you exactly how it will be done in the next weeks and months.”

Ontario is also charting a course to reopening its economy, but has made it clear the shift will not be immediate.

In a press conference April 21, Premier Doug Ford said the province plans to release its framework for reducing or removing certain restrictions in the coming days.

“I’m getting lobbied hard by so many groups and organizations, but it’s easy to say, ‘Open, open, open,’ until we get a second wave of this and it bites us in the backside,” Ford said.

“I just ask people to be patient.”

Canada’s most populous province has taken less of a blanket approach to limiting job site activities than Quebec.

The vast majority of the construction industry was allowed to continue working under the province’s initial emergency orders last month. On April 3, however, the government pared down its essential services list, limiting construction to key infrastructure projects and residential construction already underway. Ontario’s latest change to its construction exemptions came April 9 when it expanded the list to include projects related to food production, processing or distribution scheduled to be complete by Oct. 4, 2020.

The frequent changes and what some groups have seen as a lack of clarity have created confusion and frustration across the industry in recent weeks — particularly within the industrial, commercial and institutional (ICI) sector.

As in Quebec, Ontario says the focus will be on safety when it comes to restarting businesses and allowing residents to return to work. The province has expanded safety inspections of job sites and shut down sites not complying with COVID-19 measures.

With Canada’s two largest — and worse-hit — provinces preparing to gradually ease job site restrictions, contractors are also prepping for a return to near-normal.

Broccolini, for instance, said April 22 it’s stepping up hiring “in anticipation of the rapid resumption of its activities” in the weeks ahead. The contractor and development firm said it’s looking to expand its teams in Montreal, Ottawa and Toronto.

“We are proud to have been able to keep our entire team employed throughout the pandemic, with the exception of the day labourers directly affected by the closure of the construction sites,” Anthony Broccolini, the company’s COO, said in a release. “Our exceptional positioning in the real estate market is now affording us the opportunity to further expand our team following these difficult times.”

Despite the uncertain economic conditions, the company said it anticipates strong growth as construction ramps back up.

—With files from The Canadian Press


Related Stories
Ontario loosens restrictions on construction, will allow work to restart on some projects May 4
Quebec sets timeline for reopening entire construction industry
‘No time for half measures’: Ontario, Quebec order shutdown of non-essential businesses
Ontario orders closure of more construction sites, but many residential projects allowed to continue