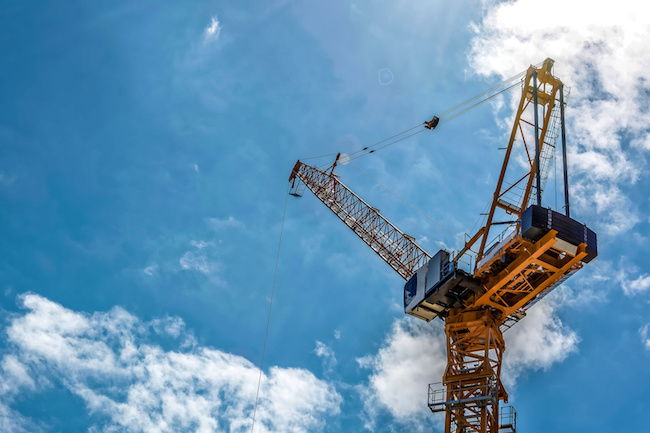 Despite the fatal collapse in Kelowna and other recent incidents, experts say cranes and their operators are extremely safe. PHOTO: Adobe Stock/Guy

HALIFAX—Structural engineering experts say that while the sight of yet another crumpled crane in Canada may be unsettling, the towering equipment powering the country’s construction boom has a top-notch safety record.

Despite a small number of recent incidents, they say construction cranes are extremely safe and crane operators in Canada are among the most highly qualified in the world.

“People should feel safe walking around cranes the same way that they’d hop on a plane for a flight,” said Mohamed Al-Hussein, a construction engineering professor at the University of Alberta.

“These crane operators are really no different than pilots,” he said. “They go through rigorous training and lengthy apprenticeships. There are no short cuts.”

Five people were killed after a crane collapsed in Kelowna, B.C. July 12, sending the structure crashing from a residential tower under construction onto a neighbouring building.

The incident came just days after the collapse of a smaller service crane in Toronto and a few months after a report found the toppling of a 68-tonne construction crane during a 2019 post-tropical storm in Halifax was due to a weld failure.

No injuries were reported in those previous incidents.

Al-Hussein said crane failures are extremely rare given the number that are in operation.

The machines are also designed and certified by engineers and inspected regularly, he said.

While accidents are uncommon, Al-Hussein said the highest risk activity is erecting and dismantling cranes.

“When you are dismantling a crane, you are offloading from one part of the crane and overloading the other parts of the crane and that’s where the potential for failure is higher,” said Al-Hussein.

The cause of the Kelowna crane crash is still under investigation, but police say workers on the job site were getting ready to take the crane down or were in the process of dismantling it when it fell.

When it comes to erecting or dismantling a crane, Al-Hussein said every step of the process follows specific procedures designed by engineers that take into account factors such as wind and weather, making the risk of failure or error extremely low.

“The public should rest assured that cranes are safe and Canadian crane operators are probably the top in the world,” he said.

Tamer E. El-Diraby, an engineering professor at the University of Toronto, said there are stringent standards for the design and operation of cranes.

The best way to ensure the ongoing safety of cranes is continued training, he said in an email.