Cannabis in the workplace: We need an accurate measure of impairment 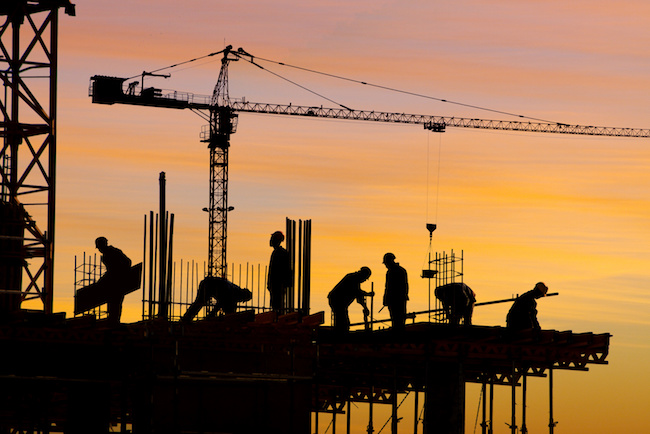 This article was originally published on The Conversation, an independent and nonprofit source of news, analysis and commentary from academic experts. Disclosure information is available on the original site

Now that marijuana is legal in Canada for recreational purposes, one question hanging in the air is whether more Canadians will smoke weed on their way to work, or step out to purchase it during their coffee break.

If they do, how will this impact workplace productivity, and health and safety? This question is especially pertinent in occupations involving driving or operating heavy machinery, and those involving law enforcement and the provision of medical care to the public.

At the Institute for Work & Health (IWH), we have been reviewing the effects of various drugs that act on the central nervous system—including marijuana—on workplace injuries, deaths and near-misses.

Advertisement
Related: Is your job site ready for recreational marijuana?

What is striking is how little high-quality evidence there is on the impacts of marijuana in the workplace and how inconsistent the existing data is.

We urgently need high-quality observational research studies to be able to better understand the effects of marijuana on work. We also need to develop an accurate measure of impairment for use in Canadian workplaces.

No published studies on legalization

As far as we’re aware, no published studies to date have examined the impact of recreational marijuana legalization on the workplace.

The only data we’ve seen is from an annual report by a large private drug-testing company in the United States. It found that rates of positive cannabis tests (of urine samples) have increased most markedly in states that have enacted recreational use legislation.

But these rates are based on the number of tests conducted rather than on the number of workers. Therefore, it’s not clear whether this reflects an increase in the use of cannabis in the workplace.

Several studies have examined the impact of marijuana use on workplace outcomes, but with mixed results.

Some have found associations between marijuana use in the workforce and work absenteeism, reduced productivity, job turnover, disciplinary measures, workplace accidents and injuries, unemployment and interpersonal conflict.

However, other studies have found no association with some of these outcomes. Overall, the evidence to date is quite inconsistent.

In 2017, the U.S. National Academy of Sciences published a major report on the health effects of marijuana use, including impacts on injuries and accidents in a workplace setting.

Based on six studies, the review did not find enough evidence to either support or refute a statistical link between marijuana use and occupational injuries or accidents.

No indicator for acute impairment

Some of the inconsistency in the research that does exist may be due to differences in study design and methodologies and difficulties in conducting this type of research.

Also, much of the evidence in this area comes from post-incident investigations, where the workers involved are tested for marijuana or other drugs following a workplace incident.

These kinds of cases tend to be more publicized, but rigorous research with control groups (i.e., those who did not have an accident) is needed to understand whether there are more accidents among those using marijuana compared to those who are not.

And even though workers may test positive for tetrahydrocannabinol (THC) in their urine, that doesn’t necessarily mean they were impaired at the time of the accident. Marijuana remains in the system for quite some time. So someone can use marijuana on Friday night and come into work on Monday no longer impaired, yet produce positive urine tests for marijuana use.

That said, no consensus currently exists around the length of time someone should wait between consuming cannabis and engaging in safety-sensitive work, giving rise to employer concerns about the timing of off-work consumption.

The Lower Risk Cannabis Use guidelines for Canada suggest users wait six hours or even longer before driving or operating machinery. More recently, the Occupational and Environmental Medicine Association of Canada released a position statement on cannabis use in safety-sensitive work, recommending a wait time of at least 24 hours before engaging in safety-sensitive work.

But the lack of clear evidence around the issue of impairment has led to the emergence of vastly different policies from employers across Canada. For instance, whereas police officers in Ottawa and Vancouver face no restrictions on their off-work use as long as they are fit for duty when they show up for work, officers in Calgary have been banned outright from using cannabis and Toronto officers face a 28-day abstinence period.

Likewise, everyone working in safety-critical areas at Air Canada and WestJet, a broad group comprising flight and cabin crew members, aircraft maintenance engineers and flight dispatchers, are prohibited from using cannabis whether on- or off-duty.

According to Health Canada’s 2017 Canadian Cannabis Survey, 21.5 per cent of cannabis users report using cannabis to get high before or at work in the previous year, including 7.7 per cent who report weekly or daily use before or at work.

To delve deeper into the issue, we at the Institute for Work & Health have recently conducted a survey of 2,000 Canadian workers, with funding from the Canadian Institutes of Health Research.

We measured the current magnitude of cannabis consumption at work, reasons for workplace use, perceptions of its effects on work and availability in the workplace. Analysis is under way and early results will be shared later this year.

The results will importantly provide a starting point for monitoring the long-term impact of legalization on workplace health and safety issues.

With this survey, which was completed in June 2018, we now have a pre-legalization baseline upon which future population-level surveys of habits and attitudes around the use of cannabis at work can be analyzed.

We also have a cohort that can potentially take part in a longitudinal observational study. That would allow us to understand the impact of this major policy change at an individual level. The answers that come out of that research may point the way to new workplace programs and policies to influence individuals’ decisions on cannabis use at work.