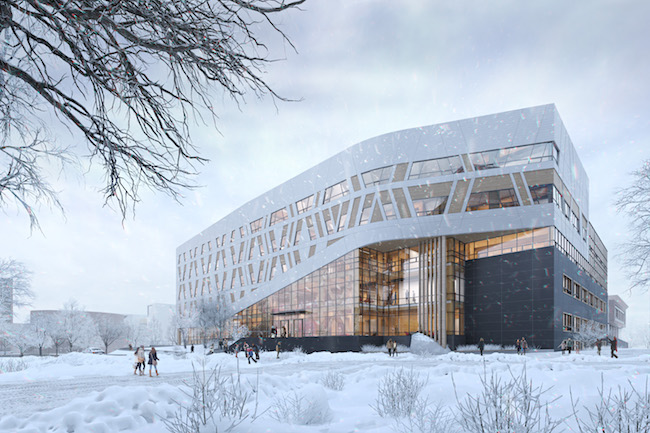 With momentum for mass timber buildings continuing to build, Centennial College has announced plans for a new wood campus building in Scarborough, Ont.

Contractor EllisDon and design firms Dialog and Smoke Architecture have been chosen to take on the $105 million project, which is technically an expansion to the school’s Progress Campus A Block building.

Totalling approximately 150,000 sq. ft., the mass timber structure will house a range of classrooms, labs and collaboration spaces. Along with forgoing the conventional steel or concrete, the team is aiming for zero-carbon building standards.

“This project will be a clear demonstration of how higher-education facilities can make an important contribution to reducing environmental harm by eliminating CO2 emissions,” Craig Applegath, the project principal for Dialog, said in a release. “Its zero-carbon emissions design, and its ability to store thousands of tonnes of carbon in its sustainably harvested mass timber wood structure, will be an important precedent in both Canada and around the world.”

The new facility is scheduled to open in 2023.