With school repair backlog at nearly $16B, Ontario government moves forward on funding 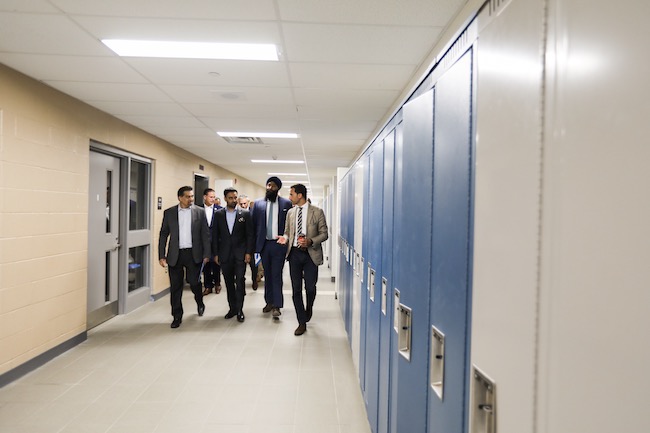 TORONTO—Ontario is asking school boards across the province to submit funding requests for their most pressing repair projects as it restarts a key school infrastructure program that has been frozen for more than a year.

The funding — which must be spent by 2023-2024 — is to be used for projects such as building new schools or upgrading dated facilities.

Ontario’s schools had a $15.9 billion capital repair backlog in 2017 — the last time the province released the data to the public.

Lecce said the government has to do more to address the repair backlog and has pledged to spend $13 billion over the next decade.

“I recognize there’s real challenges for boards,” he said. “We’re providing predictability and certainty for boards to access those funds and we think that’s going to help them measurably to reduce the backlog and improve the state of schools in Ontario.”

The president of the Ontario Public School Boards’ Association said the announcement is welcome news because boards have been putting off necessary work as they waited for the funding over the last year.

“There’s always things you look at as a school board and say ‘we know this work needs to be done but … we’re going to put it aside until next year,”’ Cathy Abraham said. “The problem with this funding freeze was that next year didn’t come.”

Krista Wylie, the co-founder of advocacy group Fix Our Schools, said it’s not clear why it took the Progressive Conservatives 13 months to re-start the annual program which had existed under the previous Liberals government.

“I know school boards were waiting, and waiting and waiting,” she said. “This is awesome news, for sure, but this is not some brand new windfall. It’s this government finally picking up a process that’s been lagging for over a year.”

“Doug Ford’s plan — touted by Education Minister Stephen Lecce today — is a $3 billion cut to the school building and repair fund over the next 10 years,” she said in a statement. “Doug Ford is taking even more away from Ontario’s students.”