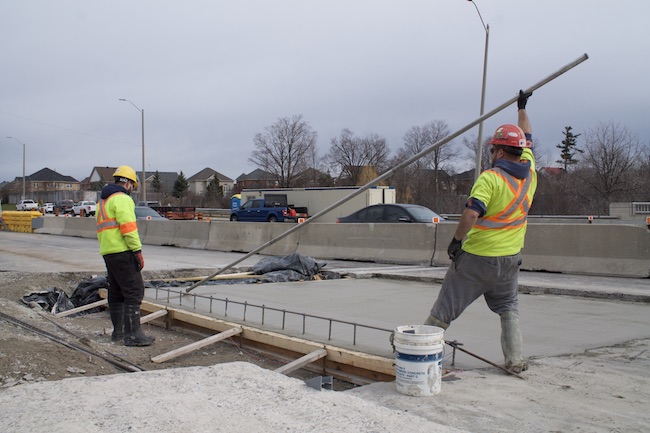 Spending on Ontario infrastructure is as high as ever in terms of dollars, but it’s not keeping pace with growth

VAUGHAN, Ont.—About a year into its tenure, the Ontario Progressive Conservative government under Premier Doug Ford has not been shy about declaring the province “open for business.” The sentiment may be a positive one from an economic standpoint, but according to a new report, the province, and to an even greater degree, the federal government, is not spending enough to keep Ontario firing on all cylinders.

The report from the Toronto-based Canadian Centre for Economic Analysis (CANCEA), which was commissioned by the Residential and Civil Construction Alliance of Ontario (RCCAO), tracks infrastructure spending across the province as a percentage of GDP.

According to the latest analysis, between 2011 and 2018 the total dollars dedicated to road, water, transit and other infrastructure construction increased by about 11 per cent. Still, investments as a percentage of Ontario’s GDP decreased from 3.25 per cent to 2.79 per cent, meaning spending has actually declined by 14.2 per cent when factoring in the province’s economic growth.

“If we don’t build and maintain bridges, roads, transit, sewer and watermain systems, and more, we will be patching up the aging infrastructure built for our grandparents with borrowed money,” he said in a release. “Meanwhile, essential projects such as the Ontario Line (formerly the Relief Line) have to proceed as soon as possible to avoid tragedies on jam-packed platforms. While the provincial government can do more on infrastructure, it’s time for the federal government to significantly step up.”

CANCEA pegs the optimal infrastructure spending level for Ontario at 5.4 per cent of the province’s GDP. But combined, provincial and federal spending plans would see just 2.65 per cent spent over the next five years. The federal government is being particularly stingy, according to the report, earmarking under 0.5 per cent of GDP.

“Given the importance of public infrastructure, a continuation of this trend will mean projects that provide fundamental support to Ontario’s growing economy will have to be delayed or perhaps cancelled,” the report says. “Ratcheting up the percentage of GDP spent on infrastructure sustainably requires a collaborative effort between all levels of government.”