Mining firms approve construction of $1.7B gold mine extension in western Quebec 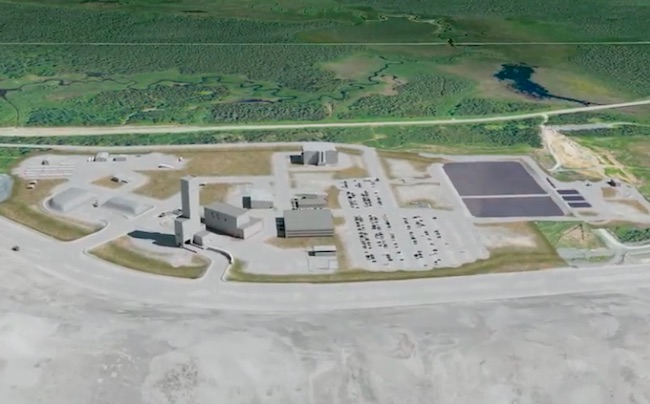 A rendering of the mine site outside the town of Malartic. PHOTO: Canadian Malartic

CALGARY—The Canadian Malartic Mine says its owners have approved a plan to spend $1.7 billion over the next seven years to develop the Odyssey underground mine to extend the life of its existing open pit operation in western Quebec.

The joint venture owned by Yamana Gold Inc. and Agnico Eagle Ltd. says work on surface infrastructure including an exploration ramp began in December at the location about three kilometres east of the town of Malartic.

It says it has the green light to construct a shaft estimated to be 1,800 metres deep. The plan is to process resulting ore at Canadian Malartic’s existing plant.

In a separate news release, Agnico Eagle says initial production is expected in 2023 from the underground ramp but shaft sinking to access higher-grade underground deposits is expected to continue until the end of 2028.

Over an expected 17-year mine life, total payable gold production is forecast to be almost seven million ounces.

“The future mine’s life is expected to extend until 2039 and operations could continue well beyond that, given the deposit’s significant potential.”