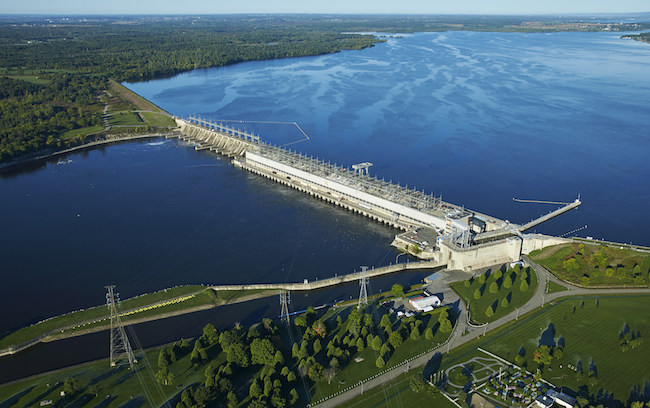 The 753 MW generating station is located on the Ottawa River, a few dozen kilometres west of where it flows into the St. Lawrence River. PHOTO: Hydro-Quebec

A major refurbishment project at a 753 megawatt hydro plant on the Ottawa River west of Montreal is scheduled to get underway next year.

Hydro-Quebec said Oct. 21 it will spend $750 million to refurbish its Carillon generating station over a period of six years.

The bulk of the project focuses on replacing six of the station’s 54 MW generating units, which date back to the early 1960s. Other aspects of the project include adjusting the plant’s water passageways, upgrading electrical equipment and replacing the facility’s roof.

Turbine manufacturer Andritz, which built the plant’s original generating units, has been chosen to replace the turbines.

Work is scheduled to get underway next year and run until 2027.