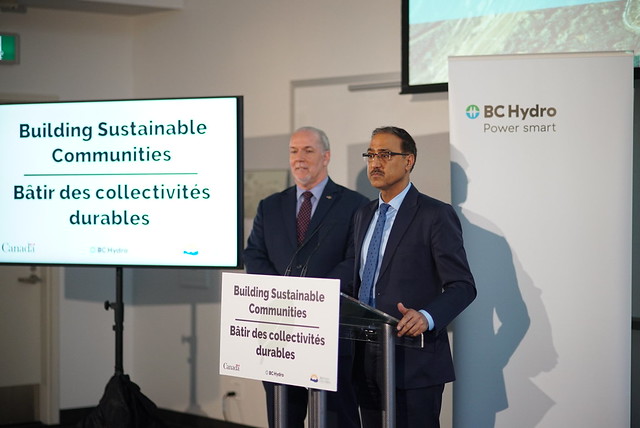 VICTORIA—British Columbia’s northeast is getting an electricity boost to help power natural gas expansion in the Peace River region and fight global warming.

The federal government and Crown-owned BC Hydro have announced a project to expand transmission lines to meet the area’s growing industrial and development demands.

The power line project is estimated to cost $289 million, with the federal government contributing $83.6 million and BC Hydro, $205.4 million.

Chris O’Riley, BC Hydro’s president and chief operating officer, says the gas industry is the primary driver for electricity demand in the area and the project will provide industrial users with clean energy.