Will you be ready if COR becomes mandatory? 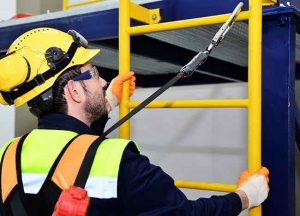 The Certificate of Recognition (COR) program consists of workplace health and safety training courses and auditing procedures. COR training and certification is handled by provincial or territorial safety associations. These associations operate under the auspices of the Canadian Federation of Construction Safety Associations (CFCSA), a national umbrella group.

“COR is an evidence-based audit that validates [a company’s health and safety program] is actually being applied. It gives basic confidence to the buyers that the contractor I’m going to hire to do this project, I know they are applying the program, so I don’t have to worry about work stoppages and people getting injured on the site,” says Paul Casey, vice-president of programs and strategic development for the Infrastructure Health and Safety Association (IHSA), in Mississauga, Ont.

Casey points to a recent study by the Partnership for Work, Health and Safety that found reduced rates of injuries at B.C. construction firms with COR certification.

“As time goes on, more and more buyers will be asking for COR as a pre-qualification … [eventually] the entire sector will be involved with COR,” he states.

There’s plenty of evidence to back this up.

Metrolinx, an Ontario government transit agency, has followed a similar path. Starting April 1, 2016, Metrolinx will insist on COR certification for companies bidding on construction projects worth $25 million. COR certification is slated to become mandatory for all Metrolinx projects this fall.

COR training and certification in Ontario is handled by the IHSA. In the four years since COR was introduced in the province, 680 companies have registered for the program and 124 became COR certified. Most of these firms are in construction, says Casey.

“About 10 per cent of that group, 5,000 companies” representing 60 to 65 per cent of the province’s construction workers, have COR designation, states Tammy Hawkins, chief operations officer of the ACSA in Edmonton.

The COR program originated in Alberta in the early 1990s as a provincial workplace safety and health initiative. Nova Scotia embraced the concept next, making COR a pre-qualifying factor for tendering construction contracts on January 1, 1996.

COR took on a national character after it was endorsed by the CFCSA. During meetings in the 1990s, CFCSA representatives agreed on minimum national standards for COR certification and training. As more provinces and territories embraced COR, the CFCSA helped forge a reciprocity agreement making COR certification from one province or territory valid in other jurisdictions, says Collins.

Quebec doesn’t offer COR training but it does recognize COR certification from other provinces and runs its own workplace health and safety program. Prince Edward Island doesn’t have a provincial safety association, so commercial contractors on the island receive COR training and certification from groups in Nova Scotia and New Brunswick.

How does it work?

Casey explains how COR certification works in Ontario. The process is generally the same across the country. First, a company fills in a COR application from the IHSA. Once the application is accepted, a senior manager takes a ‘COR essentials’ course that covers workplace liability and health and safety measures. A second, permanent full-time employee takes the same course plus additional lessons on auditing, occupational health and safety legislation, etc. Courses generally take half-a-day to a full day to complete.

While the main elements are the same, there is some variation in training from province to province. Ontario, for example, recently added a course on hazard and risk management.

Following training, the employee who took the auditing courses conducts an internal workplace audit. This involves interviewing staff, reviewing documents and inspecting the workplace. Companies are marked on how well they live up to COR standards in terms of safe work practices, protective equipment, preventive maintenance, emergency preparedness, first aid, violence and harassment policies. The results are submitted to the IHSA for review. Once the review is done, the IHSA arranges a third-party audit to confirm the initial findings.

A company that scores 80 per cent overall on the audits (and no lower than 65 per cent on each category) receives a Certificate of Recognition (COR), valid for three years provided the firm does internal maintenance audits in the intervening years.

The IHSA charges between $80 to $160 per person for the COR essentials course when taught at an IHSA facility. The IHSA’s hazard and risk management course costs between $160 and $320 per person, at an IHSA facility. Fees are steeper if a course is offered at a worksite. The IHSA charges $575 for reviewing a company’s internal audit and $1,150 a day for third-party auditing. These prices come from the IHSA’s website.

In the long run, COR might actually help companies save money. COR-certified firms in Alberta, for example, paid out 38 per cent less in workers’ compensation in 2013 than non-COR holders, says Hawkins.

The Partnership for Work, Health and Safety, an alliance between the University of British Columbia and WorkSafeBC (B.C.’s Workers’ Compensation Board), studied the impact of COR for the period 2005 to 2012.

According to the study, the number of B.C. employers in all sectors taking COR leapt from nearly zero in 2003 to over 3,500 in 2011—more evidence of the program’s growing popularity.

“I absolutely believe COR certification will become the standard across the construction industry, especially on the largest projects. We already see that happening, with many major buyers of construction adopting it,” says Lawrence Quinn, senior vice-president, project delivery at Infrastructure Ontario.

Nate Hendley is a Toronto-based freelance writer and editor. Send comments to editor@on-sitemag.com.