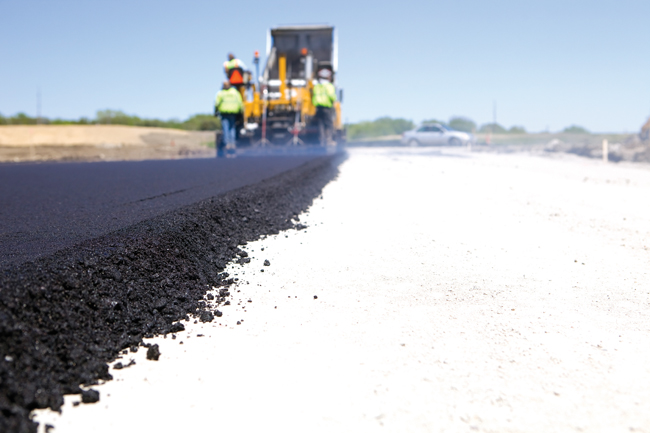 CBAs are starting to be used across Canada, but the new framework in B.C. is among the highest profile. It’s being put to use on a range of big-ticket projects. PHOTO: Getty Images/BanksPhotos

Since time immemorial, people have built roads, bridges, fortifications and other public infrastructure in order to provide common benefits such as mobility, security and access to goods and services. While construction is generally a strong provider of local and regional employment, infrastructure proponents — typically governments — are increasingly turning to community benefits programs to counter longstanding employment equity imbalances and improve the everyday lives of people living near major projects.

British Columbia has been a strong proponent of formal community benefits agreements (CBAs), thanks to provincial government policy established in 2018, mandating they be undertaken with select major B.C. infrastructure projects. British Columbia Infrastructure Benefits (BCIB), a Crown corporation that reports to the Ministry of Finance, currently has eight projects on its CBA roster, including the Broadway Subway development in Vancouver and the Trans-Canada Highway widening project at Kicking Horse Pass near the Alberta border.

The catalyst for B.C.’s CBA has been the skilled trades shortage — workers reaching retirement age with an insufficient pool of young, skilled talent ready to take their place. Furthermore, the province wanted to address the relative absence of entire groups of people on job sites. For instance, Building a Better BC, an independent report by the Community Savings Credit Union, a B.C. financial institution, determined women represent only six per cent of on-site employment and Indigenous people represent just eight per cent of total overall employment, including off-site, in the province.

Greg Johnson, BCIB director of stakeholder relations and project development, says its CBAs are meant to engage people from underrepresented groups. When the province decides a project is significant enough in size and scope, a CBA comes into play where contractors can bring its usual crews but BCIB becomes the employer of record and fleshes out remaining numbers with workers attracted through outreach to local unions, community organizations and First Nations. BCIB maintains a database of candidates, assessing candidate qualifications and certifications in areas as far flung as fall arrest training and highway project experience, and applicants from underrepresented groups get priority.

“We make sure everyone is qualified so that contractors get qualified people, but wherever possible we’re giving underrepresented folks a chance to get onto job sites and have meaningful opportunities to build their career,” Johnson says.

BC’s CBA program offers tangible supports. Collaborating with its partners, BCIB provides mandatory foundational safety training in addition to anything a worker might receive from any particular contractor. Crews also participate in sessions designed to make them aware of and sensitive to Indigenous culture and appropriate workplace conduct involving race, gender, sexuality and harassment.

“There’s no shortage of women entering the construction trades or going into training to take on a trades career, but somewhere in the first couple years they’re leaving,” Johnson says. “There’s a very high attrition rate and, from talking to participants in the industry, we’ve learned that job site culture is keeping a lot of women and Indigenous people — and LGBTQ2S+ (lesbian, gay, bisexual, transgender, queer or questioning, and two-spirit) people as well — from continuing their careers.”

So far, the approach seems to be working. After the first full fiscal construction year with the provincial policy in place, women made up 12.5 per cent, and Indigenous people 15 per cent of BCIB employees. “Those are on our projects,” Johnson emphasizes. “Changing the industry is a long-term thing, but we contribute where we can. We’re hoping that, by helping some of these underrepresented people get their start in the construction industry, they’re going to be able to go forward, work for other companies and make it their career. They won’t always work for BCIB projects, but they will work on other projects for private employers.”

Still, not all infrastructure players are on board with all aspects of community benefits arrangements. A coalition of employer and employee groups challenged the B.C. CBA on grounds that mandatory membership in the BC Building Trades Unions (BTUs) violates freedom of association provisions under the Canadian Charter of Rights and Freedoms. The requirement doesn’t preclude membership in other labour organizations, but does require those working on CBA projects to join the affiliated BTUs. Still, the B.C. Supreme Court refused to hear the Charter argument last year, directing the matter back to the provincial Labour Relations Board.

Paul de Jong, president of the Progressive Contractors Association of Canada, which participated as a plaintiff, calls the organized labour requirement restrictive and says it increases worksite complexities, drives up infrastructure costs and reduces the pool of contractors able or willing to participate. “Community benefit agreements are a relatively new public policy trend and they’re probably here to stay,” de Jong says. “If we do it right, a community benefit agreement framework that’s well consulted, well considered and well designed could become the new public policy instrument in Canada that will truly achieve changes for communities that are adjacent to public infrastructure projects. The challenge is how to develop this policy as it emerges. Is it going to be taken over by special interest groups, or is it going to be a fair and balanced piece of public policy that develops through consultation?”

Other members of the coalition share the concerns over a lack of industry engagement. The Vancouver Regional Construction Association, for instance, says CBAs can be a useful policy tool, but the B.C. government did not adequately consult the industry on the current framework.

With the court dismissing the Charter challenge, de Jong says the coalition is evaluating its options, including taking its case to the labour board. “Another avenue is for the broader construction sector to request that the BC Auditor General conduct an audit of the BC CBA, not to assess its appropriateness, but rather its efficacy,” de Jong adds. For instance, he asks, is the cost of the CBA warranted by the outcomes? Are the outcomes being tracked and measured and if so, does the data indicate the CBA is worth the expense and intrusiveness it entails? 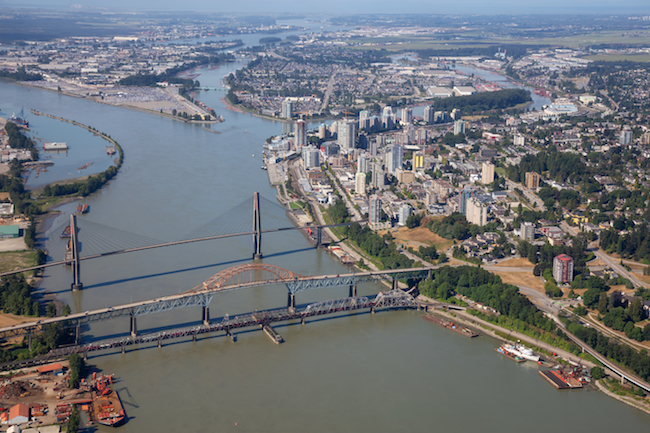 Among other projects, the Pattullo Bridge replacement in B.C. is being delivered using a CBA. PHOTO: Getty Images

Likewise, a report from think tank Cardus released last month says the concept of CBAs are “promising” for Canada, but stresses the need for governments, and B.C. in particular, to reassess their implementation methods.

Other opponents have expressed concern over costs to the public purse. In a 2018 report, the Canadian Federation of Independent Business (CFIB) warned that unintended consequences could lead to British Columbians paying significantly more for provincial infrastructure projects. Citing an estimate from a 1994 report analyzing what it described as a similar BC infrastructure contract policy, the CFIB warned labour costs for infrastructure projects could increase up to 37.6 per cent as a result of the CBA. Singling out the $1.4 billion Pattullo Bridge project, the CFIB said its use of a CBA could increase costs by $130 million to $259 million. “The BC government needs to ensure the new policy does not result in escalating costs for infrastructure projects and affirm the playing field is level to ensure cost-effective construction,” the CFIB said.

Building a Better BC, the CSCU report, notes that the province initially estimated the CBA program would increase tendered bid prices by four to seven per cent, and projections suggest net costs of a mature CBA program to the province could range from $50 million to $80 million annually. “It’s undeniable that it costs money to administer the CBA,” says CSCU president and CEO Mike Schilling. “However, that cost pales into insignificance when compared with the economic benefits of giving skilled jobs to people in British Columbia. If you employ local people and get them into skilled trades and good jobs, you’ve got lifelong earners generating money within your economy.” Still, the proof is in the pudding. “We’re in early days,” Schilling says. “We’ve seen fantastic data in terms of women, Indigenous groups and local people, so a lot of things are working. But we haven’t seen enough work to assess whether the private sector is getting its fair share of these bids. Opponents are asking some valid questions, and we’re interested in testing this further down the line.”

Though the approach is unique, B.C. is not alone in turning to CBAs. Many Canadian municipalities design their own community benefits programs, and it’s much the same with some provinces and the federal government. Infrastructure Canada introduced a Community Employment Benefits (CEB) initiative in 2018 under its Investing in Canada infrastructure program for projects that are bilaterally run and meet specified cost thresholds. Participating provinces and territories are expected to establish targets for at least three employee and contractor groups (the list includes apprentices, Indigenous peoples, women, people with disabilities, veterans, youth, recent immigrants, small- and medium-sized enterprises, and social enterprises) and then report actual employment or procurement opportunity numbers. “This approach helps to promote opportunities for populations experiencing vulnerability and (for) groups who are under-represented in the construction industry and related sectors so that a broader array of individuals in Canada can benefit from the investments made in infrastructure across the country,” says Infrastructure Canada spokesperson Jen Powroz.

Also key to the CEB is a project’s broader impact on surrounding communities, so there’s a drive to invest in local communities. The Gordie Howe International Bridge, currently under construction on the Detroit-Windsor corridor, is currently administering a Community Benefits Plan negotiated by affected governments that has already allocated more than $10 million on each side of the border to support community cultural and economic activities. Grants on the Canadian side include $25,000 for the Essex County Black Historical Research Society for a film project and $8,400 to the John McGivney Children’s Centre in Windsor for an accessible ramp. On the US side, the First Latin American Baptist Church of Detroit received $25,000 to renovate its service centre and the Clark Park Coalition got $3,000 to host a winter carnival.

While the provision of community benefits might appear directed at maintaining public support throughout protracted noise and disruption. Windsor-Detroit Bridge Authority vice-president of corporate affairs and external relations Heather Grondin says earlier community consultations and environmental assessments helped minimize impacts and achieve local buy-in, yet the weight of projects carries on for their entire duration. “Having a big piece of infrastructure in your neighbourhood can be perceived as detrimental,” Grondin says. “It’s responsible infrastructure development to look at the communities where we’re building a significant piece of infrastructure, recognizing that there may be an impact, and developing a program that responds to direct community needs and input.”