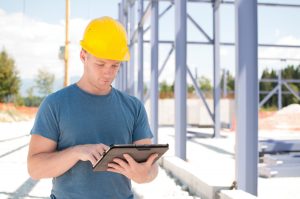 Hourly wages constitute the largest expense category for most contractors. Yet the amount paid is determined, in most cases, by a source that is scientifically proven to be highly unreliable – human memory. In fact, according to a phenomenon that psychologists call the misinformation effect, an employee might have trouble remembering whether the sign at the corner is a stop sign or a yield sign, let alone when he or she actually returned from lunch a week before.

Paper-based systems are still the most prevalent method for tracking worker hours in the construction trade. While there have been no definitive studies, it is estimated that at least 50 per cent of contractors still use paper-based systems, and some believe the number is significantly higher than that.

“Inaccuracy occurs, either because of fraud, or unintentionally,” says Scott Prewett, CTO, ExakTime Inc., a provider of time-tracking software for contractors. “It’s human nature to round the numbers in our favour, even when we have the best intentions. And if you asked a few days ago what time I went to lunch and what time I got back, I can tell you within 15 to 20 minutes, but I certainly can’t tell you exactly. And that’s true for most people.”

The cost of inaccuracy is significant. According to a study by the American Payroll Association, contractors overpay between one and eight per cent of their payroll costs due to the rounding up effect alone. And if employees are intentionally over-reporting their hours, the numbers are significantly higher.

Inaccuracy, however, isn’t the only problem. Manual time tracking also adds administrative costs and hassles. Typically, a supervisor or administrator will gather sheets of paper, transfer the information to a spreadsheet, and then go through the process of tracking down delinquent information. Then, the data has to be manually keyed into a payroll or project management system. “So you have the same data entered three times – all for good reasons,” says Prewett. Multiple data entry, of course, increases the chance for error, and ties up administrators with repetitive work.

Legal compliance risks can also ensue if a manual system isn’t maintained properly. For example, if an employee or subcontractor has a dispute with a company over overtime or meal allowances, a loose paper-based system won’t provide the backup that might be needed in court.

Time tracking apps digitize the entire time and attendance process, eliminating both the inaccuracy and the administrative overhead of the paper-based processes. Workers clock in and out, in real time on the jobsite with a remote device, communicating directly with a time and attendance database that resides, typically, in the cloud. There are dozens of choices, many of which, like ClockShark and ExakTime, are widely used in construction.

Ease of use is perhaps the most important feature to consider in these packages. “You can have great reporting and other features, but if a product is hard to use for somebody out in the field who is clocking in and out, you’re going to get pushback,” says Prewett. “This has to be easier than pencil and paper.”

In many cases, all the worker has to do is select a job from a menu and push a button to clock in. The entry is automatically time stamped. When the worker leaves, he or she simply clocks out, and the system handles the rest. In some cases, the worker, perhaps a member of a specialty trade, might switch jobs in the middle of a shift, allowing his or her time to be billed to the appropriate cost centres. Large buttons, colour-coding, and multi-language capabilities are examples of features that promote ease of use.

Several factors have made adoption easier. While specialized time clocking devices have some distinct advantages, this is no longer a requirement thanks to the ubiquity of smart phones – most apps allow workers to use their own personal devices. As well, most apps are now cloud-based, removing the hardware requirement on the server end. Implementation, therefore, may be a matter of signing up for the required subscriptions, typically priced per month per user, and providing some basic training.

Another important feature is GPS, which can serve two functions. Most commonly, it is used to confirm the worker clocking in is in fact at the right location. This prevents fraud, and also ensures the worker didn’t make an error when clocking in.

GPS is also used to track a worker throughout the day by “pinging” the worker’s device at regular intervals, typically three or four times per hour.  This might be particularly useful for tracking the whereabouts of workers who are constantly mobile, and may be assigned various tasks depending on their location.

Workers, however, might resent the intrusion of this more intensive monitoring. As well, the approach can be a battery drain on the mobile device.

How well a package integrates with a company’s accounting systems is another important consideration. In many cases, a supervisor or administrator reviews the virtual time sheets, approves them, and moves the data into an accounting or payroll package with a single keystroke. However, this is not always the case – prospective buyers should make sure they know exactly what is required to get the data into their accounting systems.

Even though the transition to automated time tracking is relatively painless, companies often find resistance. “People don’t like change,” says Mitchell. “Construction workforces are tough in that regard.”

Since every worker has to comply to make these systems work, even a little resistance can disrupt an implementation. Consequently, management has to act decisively. “It’s not difficult to use these app, it’s just about modifying behaviour,” says Mitchell, “Sometimes I’ll hear companies saying something like ‘it didn’t work because the guys just couldn’t get the hang of it.’ But what they really mean is that people just didn’t want to do it. So I ask, ‘why did you give them the option?’”

Often, management will take the leap in response to a crisis. “What often happens is somebody will happen to arrive on a site unannounced and find out that only half of the workers are there. And then they get the time sheets, which show that everybody was there until 4:30,” says Prewett. “So they’ll come to us and want to have their system in place the following Monday.”

Prewett recommends, however, that companies take a measured approach. “If you’re thinking about automating your attendance system, its better to take a handful of small steps rather than overhaul everything at once,” he says. “It’s much better to bring something on as a trial and test the system out with your company, your employees, and your work environments, and once it proves itself out, to then do a full deployment.”

Gaining user buy-in for process automation in the construction trade has never been easy. Automated time tracking, however, with its clear business case and a relatively low bar to adoption, may provide a foot in the door for contractors who have yet to realize the many benefits that technology can provide for their business.