The view from above: On-Site unveils winner of annual photo contest

The team at On-Site was floored this January when submissions for our annual photo contest began filtering, and then flooding, in. As they do each year, the hundreds of images from job sites across Canada highlighted the depth, diversity and collective drive of the industry. But in a year that brought an untold number of unexpected challenges, the images also showcased the quiet determination of Canadian builders.

This year’s winner is Priestly Demolition, for a remarkable top-down view of its complex bridge demolition project along Highway 417 in Ottawa. The shot shows a series of excavators and support vehicles working to tear down the Nicholas Street Bridge at one of the highway’s busiest interchanges. 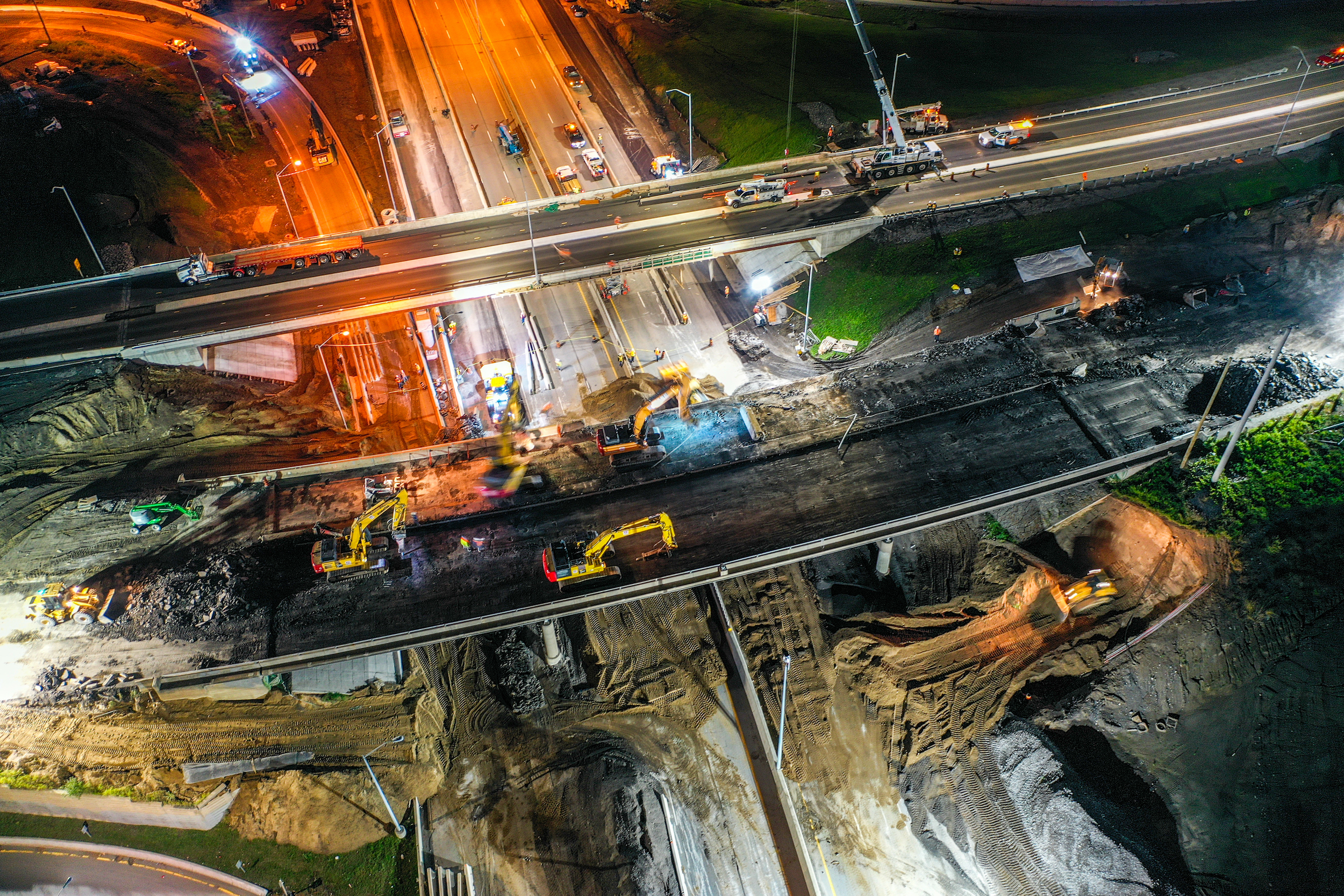 Unlike most jobs we have featured this year, which will last months or even years, the bridge tear down was also fleeting. From start to finish, the process lasted roughly 17 hours. After closing the highway to traffic the crew placed sand to protect the roadway below the bridge, as well as blast mats to shield the highway barriers. Shown in the blurred motion in the photo, a half dozen excavators then began hammering the bridge deck as two loaders cleared debris. The remaining steel girders were sheared into smaller pieces and trucked off-site. Finally, the concrete piers were hammered down, and less than a day after starting work, crews from King, Ont.-based Priestly cleared the rubble and reopened the highway to traffic.

The demolition project required substantial coordination once crews got to site, and undoubtedly some late nights in planning before the job.

In recognition of Priestly taking home the top honour in our 2020 Canadian Construction Photo Contest, On-Site has made a donation in the company’s name to the King Township Food Bank.

The bridge demolition shot from Priestly was not the only image that captivated us year though. Far from it. Be sure to check out our 10 other finalists, as well as a series of two dozen other fantastic images from across Canada that showcase some of the work underway throughout 2020.

Like all previous years, the 2020 contest was not an easy one to judge and we thank everyone from across the country who took the time to share a glimpse of their job sites with us. Remember to hang onto your favourite shots for 2021. Next year’s contest will launch in December!

Along with the remarkable photo, Priestly also captured its entire demolition of the bridge in video. Watch the tear down as it happened: