The show will go on

Amid a stack of challenges, 2023 looks likely to illustrate the resiliency of Canada’s construction sector. 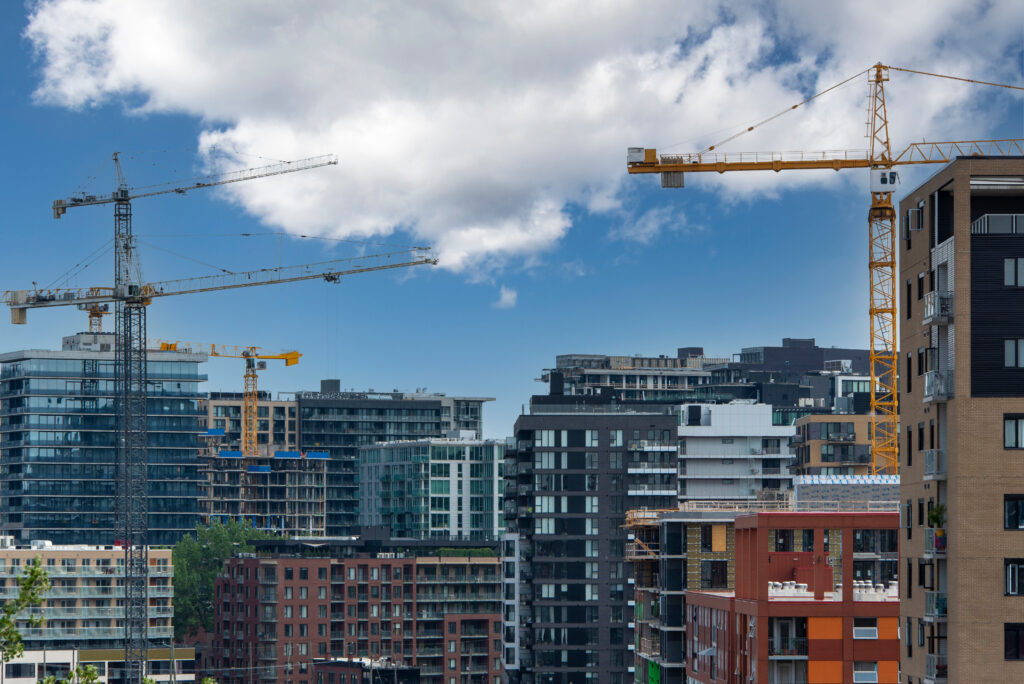 Despite the mix of rising inflation and lending rates, as 2023 approaches few companies are finding the time to slow down.

As contracting firms continue to adjust to ongoing supply chain and labour supply challenges, it may seem like the addition of spiking inflation, rising lending rates, and the threat of project delays and cancellations would be enough to put a bucket of ice water on the industry, but most companies seem to be moving ahead as strong backlogs of work are providing a level of resiliency that is not present in all segments of Canada’s economy.

While whispers about a slowing list of projects to bid on exist, many are viewing the slight reprieve as a blessing in disguise, especially at companies concerned about whether their available labour could be stretched further to allow them to bid on additional projects to add to their backlogs.

“I feel like the pipeline of work is there between public infrastructure, P3 and even some of the residential work,” said Jas Saraw, vice-president, Canada, at Procore. “I think that’s there’s an argument to be made that we’re going into possibly a very good year in 2023.”

Even if recession hits as some are predicting, he says there is a decent likelihood that the ICI and infrastructure segments would be spared the worst, going into a lower level of growth rather than a contraction. Confidence in the industry’s resiliency varies, however.

“We have seen a bearish outlook from the general contractors that I have spoken with,” said Giovanni Cautillo, president of the Ontario General Contractors Association (OGCA), although he was still cautious about looking too far ahead. “There is a reduction in the number of tenders being issued, and that is a definite red flag for ICI construction that should not be ignored.”

Of course, even in light of red flags, there continues to be interest in his province for new institutional and transit infrastructure.

“In the ICI realm, infrastructure projects are needed, and must continue, although increases in interest rates may stave off subsequent phases of building out a project in lieu of a more favourable economic climate,” he explained.

“I think even though the ICI industry in British Columbia seems very busy right now, that elevated demand is hiding a significant amount of underlying vulnerability,” said Chris Atchison, president of the B.C. Construction Association (BCCA).

He explained that the post-COVID expansion of work-from-home staff has hit the commercial segment hard. As people are far more willing to work from home, or with some sort of hybrid model, the demand for new office space has suffered.

“There’s not this demand for more commercial construction, and in amongst that we’ve got equipment shortages, material price volatility, the ongoing skilled worker shortages.”

He expressed concern that the combination of material shortages, skilled worker shortages and slowing demand could combine to drive the cost of construction even higher. Despite those worries, there is still a buzz of activity.

“There are so many projects that have secured financing both in the private and public sector,” said Atchison as he pointed out hospital projects, Kitimat’s liquid natural gas terminal, and the rebuilding of roads that became a priority after last year’s flooding. All are strong drivers of activity for the B.C. construction sector. “There will still be economic activity. It’s not going to be a collapse or a shutdown.”

“One thing we’ve seen over the long term is an investment from Canadian governments in public infrastructure, and that seems to be continuing,” added Saraw. “Whether it’s four or five new hospitals getting built in B.C. right now, and some in the Maritimes, and a lot of P3 works being put in the ground – we’ve got subway expansion happening in Ontario – there’s a lot of infrastructure projects that are allowing a lot of contractors to dive into work.”

Once started, major projects like the transit projects in Ontario and Quebec and the building of new highways like Ontario’s Highway 413, are highly unlikely to stop, despite the risk of cost inflation.

“We’ve been in an absolute bubble for the last 10 to 15 years – a real bull market – and I think we’re seeing the benefit of that in terms of the infrastructure we’re building and the projects that we have in the ground, and the reality is that it is difficult to stop those jobs,” explained Saraw.

Labour and supply chain challenges continue to be the major impediments to taking on new work, however.

“When we talk to our specialty contractor and contractor customers, a lot of a lot of them are turning down work right now,” he said, explaining that the labour shortage is making it difficult for these companies to take on more work. And that’s a concern in many parts of the country.

“The construction industry has been trying to attract new entrants into all of the possible construction roles. Existing workers are either retiring or departing from the industry and the workforce required greatly exceeds those entering the field,” stated Cautillo. “This discrepancy translates into a limit on the number of projects any one general contractor can accept due to a physical lack of people to perform said project.”

“There is a significant labour shortage in the industry,” said Saraw. “And that’s not something that is going to get solved anytime soon.”

Training of a next generation of trades professionals is the ideal solution, but it is also a solution that needs a long runway, explained Cautillo. “Government-led campaigns targeting students are a step in the right direction, and may yield results in five to 10 years, but they do not solve our immediate need,” he said

A shorter-term option is immigration, but it too also has limitations and challenges as immigration policies may not align with the sector’s need for specific skilled trades, and training or retraining is often still needed.

“The OGCA is working with other associations, including the Canadian Construction Association, on reducing the barriers for immigration, especially for skilled workers,” he added.

An additional concept of doing more with less and finding efficiencies in processes is a complementary option that may have a more immediate impact on a company’s ability to tackle additional projects, however.

“We did a Dodge data report and it found that 20 per cent of contractors’ time was spent on sub-optimized tasks,” explained Saraw. “That’s where a platform like Procore comes in, where we can drive the level of efficiency to take a task that might be hours down to minutes… It allows you to take on more work.”

Creative solutions are also helping contractors manage the uncertainty of the supply chain as well. New contracts with price escalation clauses are becoming more common, as are more collaborative project procurement models. To that end, organizations like the OGCA have crafted escalation clauses that member companies can use to reduce overall exposure in contracts.

“We recommend that contractors ensure that contracts allow for such volatility in the supply chain. Moreover, contractors need to be keeping complete and detailed records of all interactions and communications,” advised Cautillo.

Becoming more efficient, finding new workers and finding ways to manage the unexpected are all key strategies that may help contractors navigate what could be an interesting year ahead, and fewer project commitments may help return balance to material pricing and availability.

“The expectation for the Canadian market over the course of the next nine to 12 months is hopefully a minor blip, and perhaps an opportunity for a bit of a reset,” said Saraw.