On-Site's recent roundtable revealed how contractors are innovating with technology.

On August 24, On-Site hosted a lively webinar discussion on digital transformation in the construction industry.

Moderator Doug Picklyk set the tone with his opening comments.

“Contractors have already begun moving the goalposts on expectations on the business side of the industry and during design and construction,” he said. “To remain on the cutting edge, Canada’s leading contractors are making technology choices today that will dictate how the industry tackles projects throughout the 2020s and beyond.”

Picklyk guided the discussion with a series of questions about current initiatives, future plans, measurements of success, and challenges.

All panelists agreed that VDC (Virtual Design and Construction) models are here to stay. Accordingly, they are seeking ways to not only improve them, but to leverage the data they’re already collecting to streamline their day-to-day operations. Much of this is about closing the information gaps between VDC systems and the field.

“On the VDC side, we’ve had success with integrated collaboration platforms, which has helped us get that model information out to the field, and, for lack of a better word, democratize that data,” says EllisDon’s Chaudhry.

Models, the panelists noted, are often mandated by clients, and are sometimes implemented as check box items. However, the data that goes into the models is a gold mine that is largely untapped.

“A really key part for us now is not just about the 3D models, but the data that lives in those models,” says Chaudhry. “Real-time data collected as a project unfolds, for example, creates a feedback loop where the field can get valuable input on how well a project is tracking,” he adds.

“We’ve been having some great success recently with model-based estimating,” says Rowe of Turner Construction. “Of course, we use that early-on in the process, on the pre-construction side of things.”

Collecting real data as a project unfolds allows the model to be updated in real time.

“The great thing about it is being able to get real data,” Rowe says. “And then when you track the change throughout the project, or through the pre-construction development, just being able to see that change in the model and actually have it automatically changed in the spreadsheets.”

Bockstael of Bockstael Construction points out that small- and medium-sized contractors need technology solutions that will produce value over multiple projects.

“I think one of the things we’re often looking for is technology that’s scalable,” he says. “We’re doing projects from $500,000 to $200 million. So, when we adopt something, we look at something that can really help us across the board.”

“We’re really finding a lot of benefit out of this that’s going to last,” he says. “We’re not going back to the old way.”

WHAT DOES THE FUTURE HOLD? 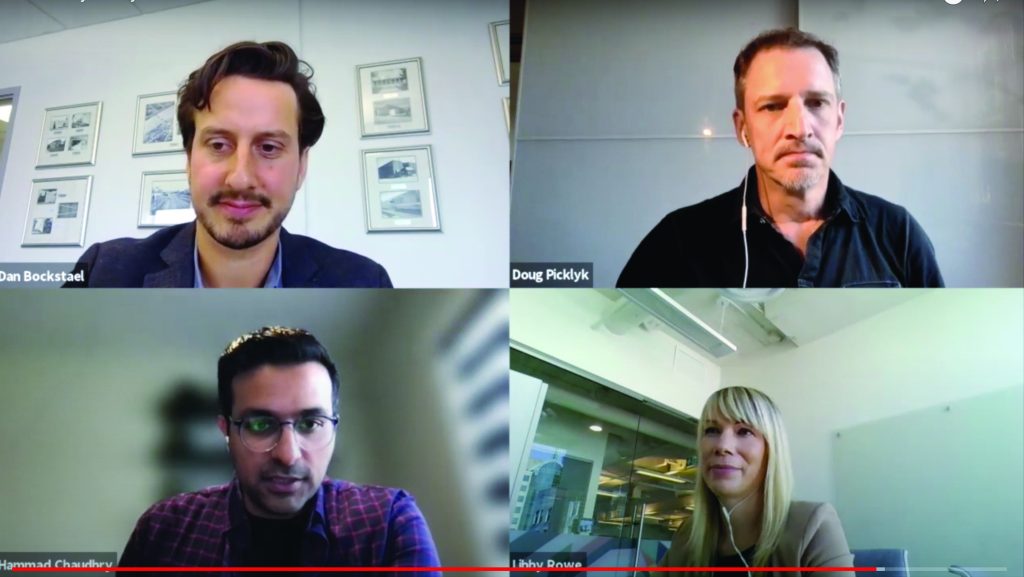 The technology panel in action.

Next, Picklyk asked the participants to take out their crystal balls.

Rowe pointed out that software companies are now eager to test solutions in construction, so there’s no shortage of opportunities.

“It’s no secret that tech investments in construction are astronomical right now,” says Rowe. “So, everyone’s waiting and watching.”

“We partner with tech startups, and we look at the ones that will provide the best benefits against their own criteria,” says Rowe.

Chaudhry notes that EllisDon is experimenting with a data capture platform that may make it possible to create specifications in-house, eliminating the need to hire a third party.

According to Bockstael, the future will be about expanding the opportunities for improving visibility and gaining tighter control over projects.

“We’re trying to take that data and develop predictive tools versus having those things just be a historical record,” he says, adding that cost data is a significant component. “We’re really big on cost modeling and target value delivery through the Lean platform.

“It’s all about building the budget right at the start from the concept stage, and then managing the design and the cost of the project in line with that target value as you go through. So, you need really good data to support that.”

HOW DO YOU MEASURE SUCCESS?

All panelists agreed that a concrete ROI is very difficult to establish in an industry where every job site is different.

“This is a really tricky one,” says Rowe. “The best space for innovation with technology is in prevention of problems. We’ve been in this industry for a long time, and we know how slow it can be; how onerous it can be; how costly it can be; and how schedules can slide if you don’t plan and predict properly. So, if you bring in a technology that targets that, how do you quantify it? How do you quantify the problem that hasn’t happened?”

Says Chaudhry: “Essentially, you’re paying for an insurance policy. Maybe you’ll have to pay the deductible, maybe you won’t, but you don’t know until that happens. But if something does go sideways, you have the right process workflows and tools in place to help you with that.”

“We have essentially different risk factors, different production factors or methods for each stakeholder that we’re working with. And each of those different stakeholders brings a piece to that puzzle,” he says.

Bockstael points out that success is ultimately about improving the work the firm does for its customers.

“We tend to take more of a thousand-foot approach and ask, ‘Is this adding value?’” he says. “Is it making us better? Are we continuously improving, keeping up with the times? There are also issues around attracting talent in that people don’t want to do some of these boring tasks. So, all these things add value in different ways,” Bockstael adds.

“The ultimate confirmation, perhaps, comes when people in the field find that the new tools are becoming essential. That is sort of the most bottom-line hit,” says Chaudhry. “If people are saying they need it, we know it’s working.”

WHAT TECHNOLOGY-RELATED CHALLENGES ARE YOU FACING?

Implementing technology is never as easy as it looks, and contractors have been coping with technology-related change management issues for decades.

“On the actual implementation side, there’s a lot more work than you would imagine,” says Bockstael, “especially with cross platform integration where tools are talking and working with each other. I’ve always found there’s an extra step in there – it’s never seamless. And then for the onboarding period, once you’ve decided to go ahead, you need a very specific action plan with timelines to prepare your staff,” he adds.

“Some of the barriers are definitely going to be workforce related,” says Chaudry. “Getting that buy-in to get the broader project teams to really understand and leverage the tools properly. At times, it’s more of a social than a technical conversation.”

One of the keys, Rowe explains, is to make the technology less threatening.

“The phrase I like to use is ‘dress up the beast,’” says Rowe, “Take that thing that’s really scary and put it in a clown suit or dress it up into something that’s familiar.”

Most users, for example, are familiar with Microsoft user interfaces.

“Microsoft is a pretty simple platform right now, and it’s offering so many opportunities,” says Rowe. “I think people who weren’t comfortable with the technology are now using the Teams platform.”

WHAT ABOUT A.I. AND MACHINE LEARNING? 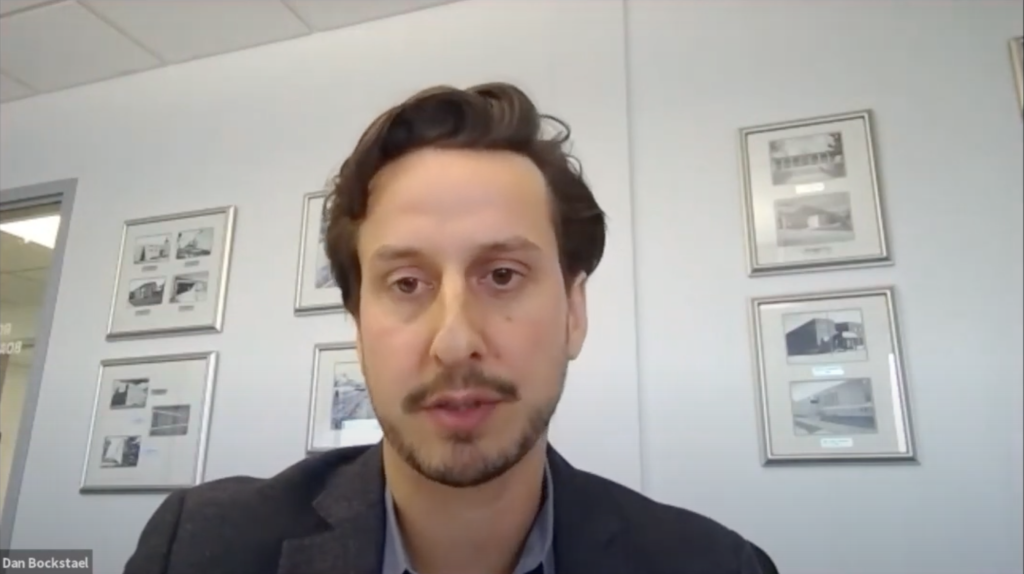 When it comes to Industry 4.0 technology – AI, augmented reality, robotics, Internet of Things – panelists agreed that it’s early days, but there are many improvements to look forward to. 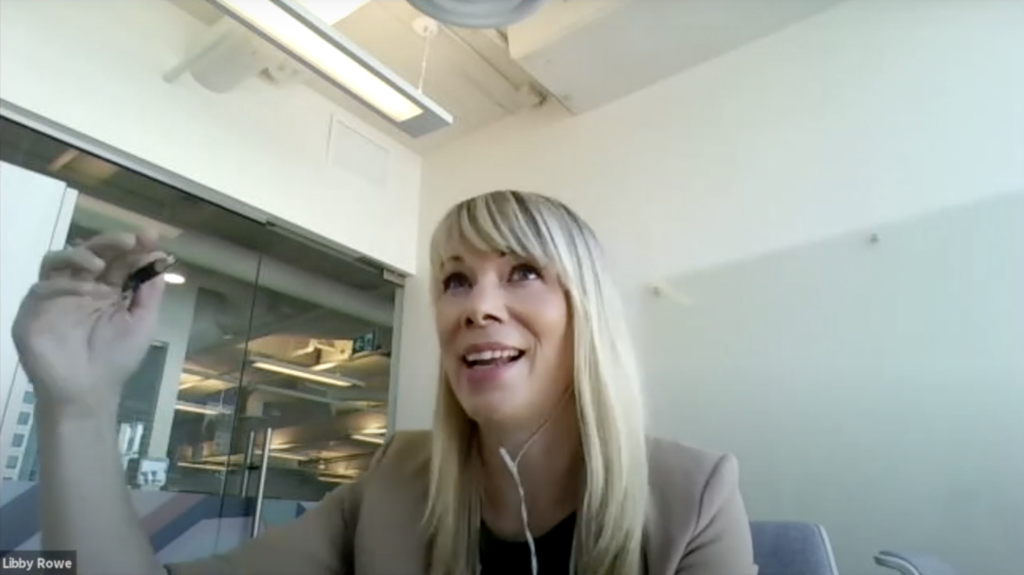 People won’t spend hours updating spreadsheets for deficiency reports. Costs of incorporating 360 photo and drone data into models and workflow software will plummet, bringing these technologies to a wider range of stakeholders. Materials inventory will be tracked automatically. Advanced technologies, however, are rarely about cutting jobs. 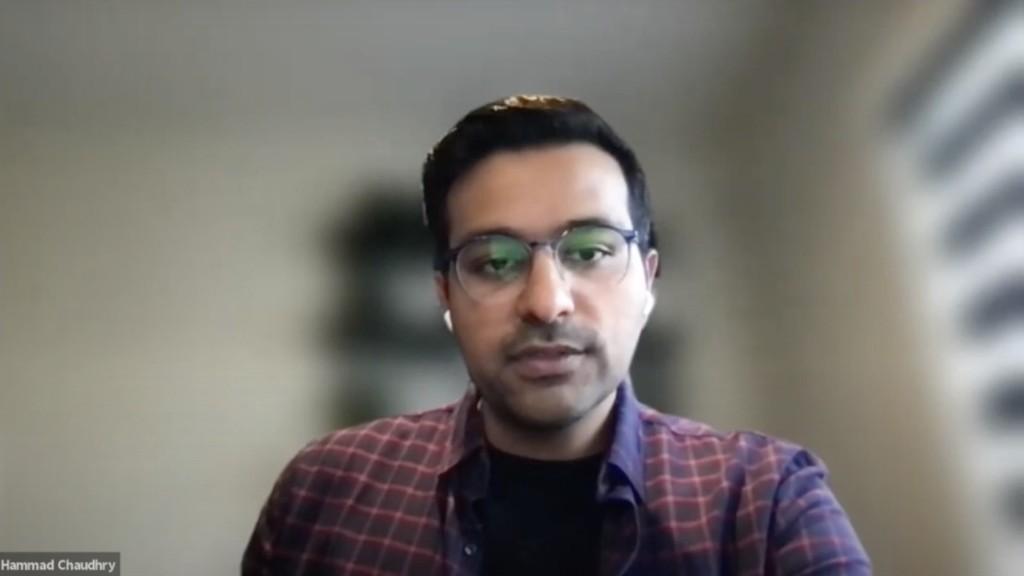 “We’re not replacing humans, we’re augmenting them,” says Rowe. “We’re taking away some of those really boring, really repetitive tasks that could just as easily be done with a robot. You still need the human to review the data to walk through to doublecheck things, and to build the design in the first place.”