Staying on top: Attracting and retaining talent has never been tougher – or more integral to success 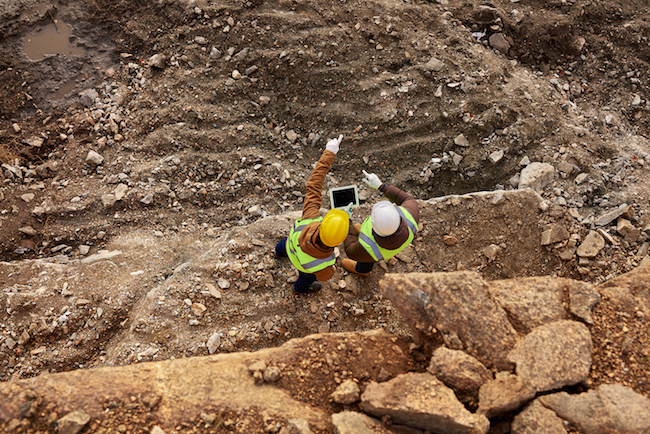 Construction activity continues to fire on all cylinders in Canadian urban centres and is faring well in most other areas of the country. Canada’s Top Contractors are hitting fresh heights as well, but the success masks a steep challenge for the industry that’s beginning to claw its way to the surface.

The skilled labour issue, which first emerged in human resources departments, has become all too familiar for builders of all sizes across the country.

BuildForce Canada, a national industry-run labour market data provider, has been tracking the magnitude of the problem. It expects more than 261,000 workers to reach retirement age over the next decade. That’s nearly one quarter of the 2019 labour force.

In its sobering, most recent report, the research organization says the industry will need to recruit, train and retain some 300,000 new workers by 2028, which may become “increasingly difficult” as population growth slows and less youth are available to enter the labour force over the long term. BuildForce says the sector must continue to watch changing economic conditions, the potential for new growth, expected retirements and the availability of new entrants in order to stay ahead of the trend and maintain a long-term, sustainable, skilled labour force.

To ensure they can continue to recruit and retain top talent, Canadian construction companies are upping the employee value proposition. Making changes to help workers establish a better work-life balance, recognizing and rewarding talent and fast-tracking career advancement are just a few examples. They’re even offering perhaps the ultimate incentive – a stake in company ownership.

As the 2019 construction season gets underway, we’ve asked some leading players what the tight labour pool means for our industry and how building firms can navigate an employees’ market.

BEYOND THE PAY STUB

As vice-president of the Residential Construction Council of Ontario (RESCON), Andrew Pariser is keenly aware of the tightening labour pool.

“It’s probably going to become a bigger issue because demographically we’re on the wrong end of the age curve,” he says, pointing to his organization’s recent survey of tradespeople in Ontario’s residential and infrastructure sectors. “Everybody likes the good money that’s in construction but it’s not enough on its own. Going forward, it’s going to be how people are treated on-site. It’s the working conditions, the non-monetary compensation.”

The perception of construction as a less than desirable way to earn a living is a key challenge. “There’s a lot of myths,” Pariser says, describing a contradiction between workers who report their jobs as fulfilling and enjoyable and outside perceptions of the trades as unpleasant and physically taxing.

“I think there’s a stigma,” he adds. “People say the job is dirty, that they don’t want to be a bricklayer, that concrete and drain work is very tough. But when we interviewed the people who actually do these jobs we found out they actually have a very high level of job satisfaction.” Surveyed workers acknowledged a positive work/life balance, opportunities for job advancement and finding jobs physically and intellectually stimulating.

Job seekers and the people who influence them – parents, teachers and guidance counsellors – need a fuller picture of the vast array of construction and construction-related jobs.

“It’s really a communication gap,” Pariser says. “30 years ago your success in construction was largely based on the strength of your back. Now construction is much more advanced. There’s been lots of innovation. If you want a job that uses technology you could say you want a construction job. There’s still a physical capacity to it, which people like a lot more than just sitting behind a desk, but it’s meaningful work. Once people get into the trades and understand what a trades job is they’re actually happier than the average Canadian to do it.”

Mark Frezell, vice-president of human resources with Calgary-based Graham Construction, says it can be challenging to attract workers both for physical jobs and administrative roles such as project estimators, contract managers and senior managers.

“We need to attract people, we need to retain them, and we need to develop them in order to get them into those senior roles,” Frezell says.

One core strategy is to reach out to students in high school and even in elementary school to promote construction as a viable career path for anyone wanting to earn a good living in a positive environment. “We have to start socializing the idea that this is a great place to work, that this is a good industry, and then we have to start incenting people to come and look at us,” Frezell says.

At the same time, a strong value proposition needs to be at the core of any employee attraction and retention strategy. “The question we’ve always asked ourselves,” Frezell adds, “is why would you come to Graham? What is it we have?”

He responds with the story of a 92-year-old company that started as a family business and maintains a family feel. “We’re a respectful culture where we focus on collaboration and accountability. We’re strong on our values and we try and sell that to potential employees.” Financial compensation, clear objectives and performance-based bonuses are part of the package, as are structured mentorships through a program called Future Builders and a suite of certified courses under the Builders Framework rubric where participants can earn Gold Seal and Project Management International accreditation. “We’ll even cover your exam costs,” Frezell says.

A key selling point, as Frezell sees it, is Graham’s employee-owned structure. “It changes the culture. Everybody’s got skin in the game. Not only can you have a market competitive salary and bonus, you can start to use your employment as an investment income. That’s pretty attractive, so we make a big deal about it.”

Companies pursuing aggressive growth face a stiff challenge as well. When they expand to a new geography or vertical market, new hires are often essential.

Chandos Construction is employee-owned and until a recent national expansion, operated predominantly in Alberta. After opening a new Vancouver office two years ago and a Toronto office earlier this year, 50 per cent of the firm’s backlog is now in Ontario or the Vancouver area – though it has maintained market share in the Prairies as well.

“We want to provide opportunity for our people. That’s why our goal is to double the size of the company in seven to 10 years while keeping top and bottom lines connected,” President Tim Coldwell says. “That has us growing by roughly 500 people over that time period.”

While keen to draw mid-career talent from competitors, Chandos has placed a priority on co-op students and freshly-minted graduates. “We’re investing in the future because in five to seven years those graduates are able to run projects for us as project managers and superintendents,” Coldwell says.

Chandos taps into alternative sources of labour, partnering with social enterprises to find ways to steer at-risk youth towards the trades, while efforts to attract women, Indigenous people and visible minorities emphasize the benefits of attractive, well-paying jobs with a stake in earnings. “Someone who earns a salary with us, when fully vested with equity options could double that salary in a good year,” Coldwell says. “That sort of opportunity drives long term thinking and exceptional customer service. That’s what we want in the organization.”

At EllisDon, Paul Trudel is senior vice-president of people and culture, a title that reflects the view that the traditional term “human resources” is more about policies and procedures than about people. “It’s an important delineation,” Trudel says. “Culture is our driving force for pretty much everything.”

So, while EllisDon also offers employee ownership, Trudel says it isn’t enough on its own. “It’s important because you’re vested into the success of the organization, and I think at all levels you want to feel like you’re a part of something. But if you’re a shareholder and you don’t like the people you work with or you don’t think you have a say, then it’s just another program that looks shiny and glossy on the outside but probably doesn’t mean much of anything. You need both.”

EllisDon has training and mentorship offerings, including access to BetterUp, an online coaching portal that takes a ‘whole person’ approach to leadership development. It also uses Together Mentoring software, which matches employees who share common goals and values. “It isn’t just a senior person helping a junior person, it could be a junior person helping a senior person with things they don’t know,” Trudel says. With Harvard ManageMentor, an online tool produced by Harvard Business School, EllisDon employees can gain leadership skills individually on their own initiative and can take that into a group setting with robust lunchtime-style face-to-face conversations.

“We think if we create the right culture and the right environment people will want to stay here and thrive with us,” Trudel says.

Still, employees sometimes leave even in the best of circumstances.

Through Retainify, a company specializing in employee feedback, EllisDon surveys employees on a regular basis – with as much confidentiality as the employee wants – to find out what’s working and what isn’t. The process begins with new hires, but EllisDon also uses Retainify to help prepare for exit interviews.

“If someone chooses to leave us one day, we want to thank them for everything they provided,” Trudel says. “We realize the construction industry is a small industry. People will move on, but they might refer a friend or colleague our way, so you never know who’s going to be on the other side of the table. Treating people with respect is important.”