From the editor… Site C to go on. Thank, or blame, the sunk costs 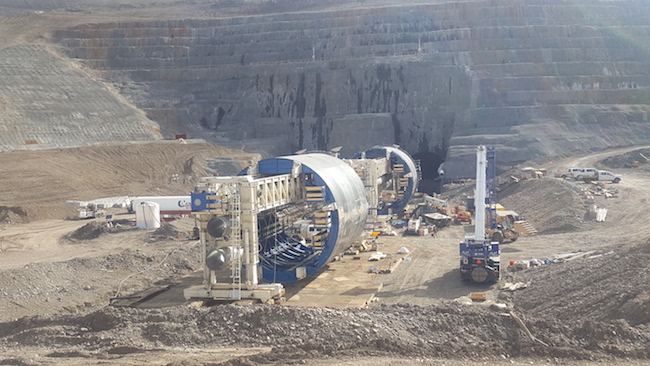 Continuing a string of budget overruns on major Canadian hydroelectric projects, British Columbia’s Site C dam will cost no less than 50 per cent more than its previous estimate. Premier John Horgan vowed to forge ahead with construction late last month regardless, as the government made public a recent review that details several serious issues at the ever-controversial megaproject.

Expenses for Site C are now pegged at $16 billion, up from $10.7 billion previously. A year has also been added to the project’s timeline. It is the second time the hydro site on the Peace River has survived Horgan’s proverbial axe. After grabbing the levers of power from the Liberals in 2017, the NDP reluctantly opted to continue with construction, despite being vocal opponents of the project.

Sunk costs at that stage — about two years into construction — were $4 billion. Now, they’re at least $10.2 billion and the B.C. government is no longer signalling that cancellation is a viable option. It noted termination and remediation would force up power costs for ratepayers 26 per cent over 10 years. Simply completing construction at a higher cost, on the other hand, will raise rates three per cent higher than current forecasts.

“When we made the decision to move forward with Site C in 2017, none of us could have imagined the impact that the pandemic would have on projects here in B.C. and around the world,” Horgan said. “The project is facing new challenges, and we are committed to managing it… Cancelling it would cause people’s electricity rates to skyrocket, and we will not burden people with additional financial stress during these difficult times with nothing to show for it.”

But the pandemic is only part of the story. In fact, according to Milburn’s Site C Project Review, the pandemic response has been an area that has gone well. Alternatively, issues with the Main Civil Works contract, geotechnical problems, and ineffective cost and risk controls, have all caused major problems.

Euphemistically, the review says BC Hydro’s relationship with the civil works team, Peace River Hydro Partners, “could be improved.”

“The apparent lack of a partnership may underpin many of the problems BC Hydro is experiencing. Employees describe communication as poor and describe the ability to work together to solve problems as limited,” the review says.

Geotechnical problems have also been the source of a host of change orders, amending agreements and higher costs, despite the locale being well studied at the outset. Topping the list is bedding plane movement below the shear key of the powerhouse buttress. The review found the issue required “robust mitigation.”

Problematic cost and risk controls, meanwhile, are on full display by a casual comparison of Site C’s current estimate and the $8.3 billion budgeted for the project in 2014.

It’s far from the only Canadian hydro project that has ended up underwater. As B.C. announced the higher costs for Site C Feb. 26, the Manitoba government was simultaneously sharing its review of the exceeded budget at the Keeyask Generating Station. Subsequently, Manitoba Premier Brian Pallister even promised large capital projects will be put to public referendums before they can go ahead, though whether this becomes a reality looks far from certain.

Far greater cost overruns at the Muskrat Falls project in Labrador have been well-known for years.

The Milburn review heaps a relatively small amount of blame for the added Site C costs on the construction teams, but it is clear contractors, engineers and governments must collaborate more effectively when executing these hydro megaprojects. If they do not, there will be no more of them to bid on in the future.

This column first appeared in the March 2021 edition of On-Site. Click here to read through the whole issue.