Dispute resolution options may vary from contract to contract. 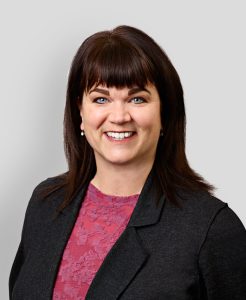 Construction disputes are just as common on public infrastructure projects as they are in the private sector, however the details of those disputes, or often even their existence, are generally not known, as the disputes are often addressed through confidential processes such as mediation, referee reviews, adjudication and arbitration.

Unless one of the parties files an appeal or judicial review with the court, there is very little ability for the public to learn about the details of the disputes. This prevents parties from being able to reference those arbitral decisions as precedents in later disputes. As with all contractual clauses, dispute resolution procedures can be negotiated and vary from contract to contract, even when more than one contract is made with a single client. Therefore, dispute resolution procedures need to be reviewed carefully at the beginning of and throughout a project.

There can be a lot of variety in the dispute resolution procedures included in public infrastructure project contracts. One commonality, however, is that they generally include a stepped process that must be followed. These often include negotiation between senior members of the parties, followed by an interim consideration of the issues by a referee or adjudicator or expert panel, followed by litigation or arbitration. The similarity between the dispute resolution processes often ends there, however.

One issue that is addressed very differently in public infrastructure project contracts is the impact of the dispute resolution process on the limitation period. A limitation period is the deadline by which a party must commence arbitration or litigation, failing which the claim is time barred.

In British Columbia, some provincial infrastructure contracts include different treatment of limitation periods, depending on the type of dispute notice delivered. In some contracts, the delivery of an “expert panel dispute notice” will suspend the limitation period from the date the notice is issued until 60 days after a decision is rendered by the expert panel, or the parties receive a notification from the panel of its inability to achieve a unanimous decision.

Other contracts, with other governments, may not expressly address tolling or suspending limitation periods during the dispute resolution process. In that case, other considerations need to be made, such as whether the applicable limitation period legislation provides for an automatic suspension during certain processes, or whether the right to arbitrate even arises until all of the mandatory pre-requisites dispute resolution steps have been taken.

If the contract does not address the tolling, suspension or extension of limitation periods, it may be prudent to consider entering into a tolling agreement. The specific language contained in the contract will be central in the determination of these issues and legal advice should be sought early, so that the right to make a claim is not lost.

The treatment of interim decisions is an area where there is a lot of difference in public infrastructure contracts. As noted above, many dispute resolution processes include multiple streams for addressing disputes before a final litigation or arbitration process. Some are of the steps are non-binding.

However, some contracts include a further step in the dispute resolution process that has an “interim-binding” result. This could involve an expert panel, a dispute resolution board or an adjudication. The findings or determination of these bodies may be binding if they are not disputed and referred to litigation or arbitration by one of the parties.

For these processes, the contract will generally include language regarding the nature of the recommendation or decision, such as whether the process is “without prejudice” or binding, and the steps which need to be taken by a party who wants to dispute an interim-binding determination.

A contract may state that an interim decision is final and binding unless a notice of dispute is delivered within a specific deadline. Other contracts only allow certain types of disputes to proceed further in the dispute resolution process.

Careful consideration of these contractual provisions must be made early, as the binding nature of the outcome could impact the route a disputing party wants to take.

As anyone involved in large infrastructure projects knows, it is very common for disputes to involve multiple parties in different tiers of the contractual chain. However, with arbitration, it is generally not possible to require other parties to participate in the arbitration without the consent of all of the parties.

More often than not, construction contracts are silent on this issue, and it is difficult to get all parties to agree to participate in a multi-party arbitration after the dispute has arisen. This often results in multiple arbitrations being conducted.

Some public infrastructure project contracts include language to address this issue, such as by including clauses that address joinder or consolidation of arbitrations. Some contracts indicate that there is “no joinder” except with written agreement of both contracting parties, as well as the party being joined. Other contracts include language that the parties agree that an arbitration between the parties can be consolidated with arbitrations with other parties on the project, either by agreement or by direction of the Referee or the Arbitrator.

Careful consideration should be given to these clauses before the head contract and subcontracts are finalized. Alternatively, parties may want to consider agreeing to a project level dispute resolution process, which would allow issues to be addressed once and would allow for contribution and indemnity claim to be addressed at the same time.

Disputes on public infrastructure projects may also be impacted by the nature of the contract itself.

Over the past few years, Canada has started to see an increase in the use of collaborative contracting models on large infrastructure projects. Under these types of contract models, the intention is that the parties share the risk of project delivery, and the contracts often include provisions that are intended to ensure that no disputes arise or are very limited in scope and the amount of potential exposure.

Parties are generally expected to agree not to litigate disputes except in very limited circumstances, such as disputes involving wilful default or fraud. As a result, it is very common for collaborative agreements to include significant waivers of claims, limited indemnity provisions and broad limitation of liability language.

Trish Morrison, partner and national business leader, is a construction lawyer at Borden Ladner Gervais LLP. This article provides an overview and is not intended to be exhaustive of the subject matter contained therein. Although care has been taken to ensure accuracy, this article should not be relied upon as legal advice.