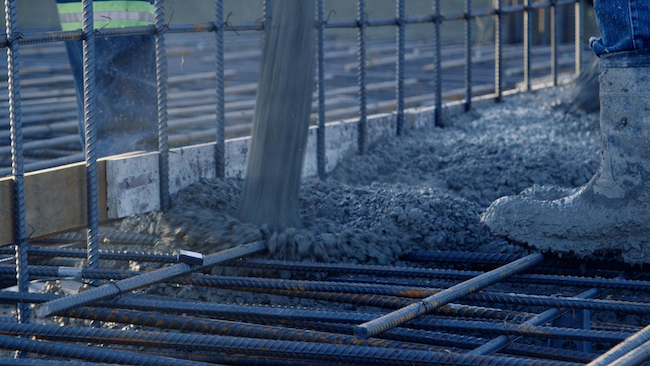 With a little resistance from an industry sometimes seen as being set in its ways, Giatec Scientific Inc. is working to bring the world’s second most consumed material into the 21st century.

Its smart concrete testing products offer an alternative to dated processes and focus on adoptability. The Ottawa-based company has also driven its novel technology into the international market.

With customers such as PCL Construction and Lafarge Canada, Giatec closes the gap between research and practice.

Its SmartRock concrete sensor, which hit markets in 2015, was lauded by the industry and earned co-founders Aali Alizadeh and Pouria Ghods the reputation of Silicon Valley-esque tech innovators.

The Ottawa Chamber of Commerce named Giatec one of the province’s fastest growing companies for 2018 and awarded both Alizadeh and Ghods its Forty Under 40 distinction in 2017 and 2018, respectively – though, the company’s humble start was in the lab as opposed to the boardroom.

Ghods and Alizadeh established Giatec in 2010 after completing PhDs in civil engineering at separate Ottawa universities. The duo decided to “give it a try,” Ghods says, and set out to produce research- and science-based technology for the construction industry.

“At that time it was advanced,” Ghods says. “But soon after we noticed that the market is very niche.”

With that, the newly-minted entrepreneurs levelled-up their offering with embedded sensor technology that allowed contractors to monitor concrete as it cures and hardens in real-time.

The release of the SmartRock sensor allowed Giatec to gain “significant traction” in the market, Ghods says, and the product, now in its second generation, continues to be a main driver of business growth.

Its installation is simple: the device is embedded on rebar with the twist of two wires. Concrete can then be poured normally and the end-user can monitor concrete temperature, maturity and strength via a smartphone. Data from the sensor is also transferred to Giatec’s cloud server and can be shared with other team members.

Standard processes, such as cylinder break tests, can result in project delays of one to two days per pour, running up costs for construction companies, Alizadeh says.

“By sharing the same data to all those players in real-time, we empower them to do their task individually without having to communicate with each other,” Ghods adds.

The product also offers benefits to ready-mix producers that can leverage the real-time data to upsell concrete mixes or optimize mix designs.

Ghods attributes SmartRock’s quick adoption to its ease of use and compatibility with current building codes in the U.S. and Canada. Still, it’s a slow process to get the conservative construction industry on board.

“We knew that adoption of any new technology in the construction industry would be slow, but we were confident in our product and the benefits it would provide to construction companies,” Alizadeh says.

Ghods is unsure whether to chalk up the company’s success to luck, smarts, or experience. Regardless, Giatec has carved out a niche market for itself.

Its revenues have grown more than 450 per cent over the last three years, paving the way for the company to add 20 employees to its current roster of 32. Alizadeh says these new hires will support Giatec’s projected sales and the development of new sensor technologies.

Despite this growth, innovative products will remain at the core of the Giatec’s business model. Eventually, it plans to play a role in the infrastructure of smart cities.
“We are on our path to revolutionize the concrete industry,” Alizadeh says. “We have created a platform for smart and connected structures.”

Giatec also hopes to develop technology for other materials such as gypsum, steel and wood. For now, though, it’ll stick to concrete.

You can take a closer look at how Giatec’s technology helps optimize concrete strength here.