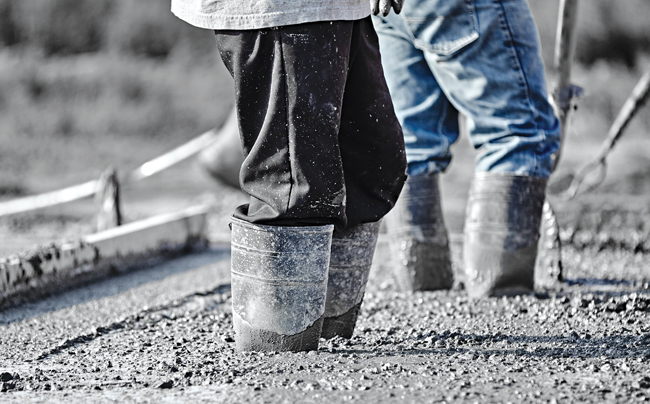 Concrete is a vital part of the construction process, but the cement it contains is a considerable source of global greenhouse gas emissions. PHOTO: Adobe Stock/1jaimages

Crews pouring the concrete footings, columns and slabs at the end of the intricate cement and concrete supply chain will never know the difference. The new mixes will maintain the same workability, the same degree of early strength, the same level of air entrainment and the same feel as traditional concrete mixes, all while bringing the carbon dioxide emissions produced throughout the process to zero.

At least that’s the intention.

Last fall, the Global Cement and Concrete Association (GCCA) — made up of several dozen of the world’s largest cement firms — set 2050 as the target for delivering zero carbon concrete. Many multinational members, such as Cemex, HeidelbergCement and LafargeHolcim have also set 2030 targets as stepping stones on the way to carbon neutrality.

Hitting the intermediary targets and the “ambitious” mid-century goal is achievable, Apoorv Sinha, the CEO of Carbon Upcycling Technologies says, but will require a confluence of factors.

“If you’re trying to make the World Series or the finals at the World Cup, a lot of different things have to fall in place,” he says. “Even if you prep exactly right and your strategy’s been great, and your coach is great, there are a lot of things outside your control that still need to happen.”

The situation is much the same for the cement and concrete industry’s CO2 goals, he says, adding that the onus is on start-ups working on commercializing or scaling up new technologies to ensure the industry’s slower-moving players have the tools to reach their net-zero targets.

With plenty of “runway” left before 2050, Andrew Fahim, senior manager of Research and Development at Giatec Scientific Inc. sees the goal as achievable as well, but only if new tools are implemented throughout the industry’s supply chain.

“It will come down to a lot of disruptive technology,” he says. “If we’re doing what we’re doing today, I don’t think we’ll get there.”

Rob Niven, the CEO and founder of CarbonCure, says he is seeing momentum pick up for clean technology across the cement and concrete industry, with pressure being heaped on by government regulations, media, and investors focussed on environmental, social and corporate governance (ESG), among other players.

In respect to the 2050 goal, however, he says he would have liked to have seen a more detailed roadmap for achieving carbon neutrality. Niven says there’s visibility into how the industry could cut emissions by about half, but less clarity on the second 50 per cent.

“It tends to fall into this category of carbon capture, utilization and storage (CCUS),” he says. “Those technologies fortunately do exist today, but creating the right business models and economics I think will be a challenge.”

All parties acknowledge making cement and concrete carbon neutral will be a tall order, but with industry CO2 emissions accounting for seven or eight per cent of global emissions, depending on the study, the wider impact is also considerable.

Technologies from all three Canadian firms look likely to play a role in the shift.

Fresh off a grand prize win in the NRG COSIA Carbon XPRIZE competition, and firmly established at roughly 400 plants on four continents, CarbonCure is working toward the lofty goal of cutting 500 megatonnes of CO2 from the concrete industry by 2030.

The Dartmouth, N.S.-based cleantech firm is best known for its mixer technology, which injects captured CO2 into concrete at ready-mix facilities, both strengthening the mix and locking in CO2 from waste streams. But it’s picking up the pace on innovation in a number of other areas as well, Niven says.

For instance, it shared first place in the $20 million XPRIZE competition this April not for its original injection technology, but for a new process it has developed for reclaimed water at concrete plants. Designed to work with concrete producers’ existing water reclaimers, the technology uses slurry or wash water from mixer trucks and injects CO2 to produce a “nano-scale suspended solid” that can then be integrated into fresh concrete. The process cuts back on both the amount of cement and the amount of water required for the fresh concrete. 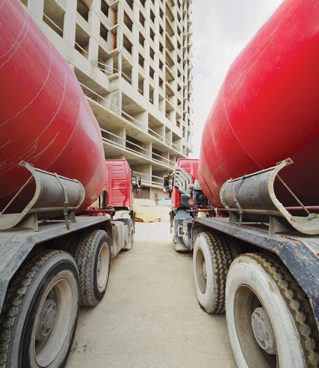 To hit its 500 MT target, Niven says the company’s focus is on deploying its existing technology and on delivering new, interconnected innovations that will work in tandem with its current tools.

“I do expect that we’ll be a full-suite solution on the CO2 supply side, on the utilization side, but also all of the digital tools that allow for these technologies to be connected with the marketplace and create other efficiencies in the concrete plants,” Niven says.

CarbonCure has begun helping customers take part in the carbon credit market, which lets concrete producers earn offsets — and additional revenue — for using its technology. With a growing in-house software team and access to cutting-edge computing capabilities through its second-largest investor, Amazon.com Inc., Niven says the company is also advancing its digital offering.

“Now, where our mind is turning is how can we help concrete producers adopt artificial intelligence with the large sets of data that are involved in their business to help them reduce cost and sell more.”

In that arena, CarbonCure is likely to have plenty of competition.

Giatec, which is based in Ottawa and makes concrete sensors that contractors have put to work on thousands of projects in at least 85 countries, has been expanding its software offering as well.

This June, it launched SmartMix, a web-based tool that helps contractors and concrete producers fine-tune their mixes to meet project specifics. It uses artificial intelligence to sift through 20 years of historical data and millions of data points to generate mix designs that meet project and environmental specifications.

“Cement contributes eight per cent to global greenhouse gas emissions, but it’s also the most expensive component of concrete mixtures, so [by] reducing cement content, we’re able to give them a better bottom line as well as a significantly lower carbon footprint,” Fahim says.

With a huge range of mitigating factors involved, designing concrete mixes has typically been a time-consuming process that relies on lab testing numerous options with different make-ups of cement and supplementary cementitious materials. SmartMix, meanwhile, can quickly run the numbers.

The company’s sensors, which use the maturity method to determine concrete strength, also come into play, displaying any mix adjustments that may be needed in real-time. 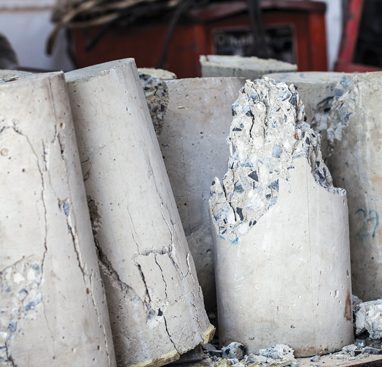 Giatec anticipates SmartMix could reduce CO2 emissions in the industry by 400 megatonnes by helping contractors hit the same performance targets while eliminating as much cement from their mixes as possible. Giatec is aiming to hit that figure, which Fahim says would mean capturing about 30 per cent of the global market, by 2030.

Carbon Upcycling remains in the relatively early stages of its development, having made the shift out of the lab in the past year. Still, its promising technology has attracted numerous high-profile partners, including Cemex and Lafarge.

It has developed a low-energy process to mineralize carbon emissions into solid materials. Employing feedstocks heavy on alkali earth metal oxides, such as calcium oxide or magnesium oxide, it uses a single-unit catalytic reactor to force the powders to take on CO2. “We’re creating these optimal conditions where that reactor component can very quickly absorb CO2 to become calcium carbonate,” Sinha says.

For feedstocks, the company is turning to materials like fly ash, fuel slag, crushed glass, or even natural minerals with high enough levels of the two key oxides.

“The CO2 that we feed into our reactor gets absorbed into these SCMs, or supplementary cementitious materials, and create a direct sink for CO2,” Sinha says.

The reactor also changes the reactivity of the fly ash, crushed glass or other material in concrete, increasing its cementitious properties. Material that has been run through the Calgary-based firm’s process is significantly higher performing than many conventional SCMs, which in their original form can reduce concrete strength.

With Carbon Upcycling’s enhanced SCM, producers can cut the cement content in their concrete, saving on both emissions and cost. To date, the company has been putting its 20-tonne-per-day reactor to work with ready-mix producer Burnco, integrating SCM in some 3,000 truckloads of concrete.

It has shown it can reduce cement content in any mix by at least 10 per cent, and in some mix designs by up to 25 per cent. While the company’s process also has applications in industries such as plastics, its main focus has shifted to construction materials as the industry looks for ways to decarbonize.

With the promising results, it’s working toward building a 200-tonne, commercial scale version of its reactor to continue its scale-up. If all goes according to plan, the company could build hundreds of its reactors at ready-mix facilities around the world, and even higher capacity versions at cement plants.

GETTING GOVERNMENTS ON BOARD

To complement the technical side of getting to zero, regulators will also need to force the issue, Niven says.

Proposed regulations in U.S. states such as New York and California will do just that by introducing procurement incentives and rewarding companies leading the way on cleaner concrete. Others in the U.S. and Canada are expected to follow suit.

“If the concrete industry and the construction materials industry in the U.S. is shifting very quickly to buy clean, we have to make sure as a Canadian industry that we’re harmonized,” Niven says.

In Ottawa, the federal government is making some early headway. This spring, the National Research Council (NRC), the Standards Council of Canada (SCC) and the Cement Association of Canada (CAC) formed a working group designed to chart Canada’s course to a 15 MT reduction in CO2 emissions by 2030 and net-zero concrete by 2050. The group is expected to have a roadmap in place to achieve both goals by this December.