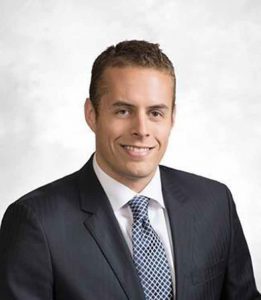 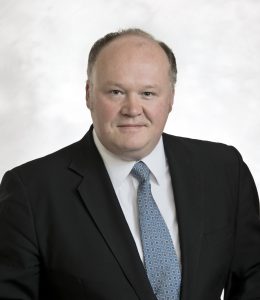 Labour and material payment bonds protect unpaid subcontractors where the contractor that hired them becomes insolvent or otherwise fails to make payment. The protection provided by such bonds can vanish, however, when claimants do not know about them. Many construction lien statutes, including those in Ontario and British Columbia, give unpaid subcontractors a right to demand information about the existence of an L&M bond. But what happens if a claimant fails to demand that information – does the owner or contractor, which required that a bond be posted, have an obligation to inform possible claimants that a bond exists?

So far the answer appears to be an unequivocal “No”, according to the few occasions where the point has been considered in Canadian courts.

In Dominion Bridge Co. v. Marla Construction Co., the subcontractor had not made an L&M claim in time. It pointed out that the language of L&M bonds makes the owner a “trustee” for the benefit of claimants. The subcontractor hoped that as a trustee, the owner must look out for claimants’ interests by telling them about the bond.  Judge Grossberg found such a requirement to be impractical. For an owner to inform possible claimants about a bond, the owner must know who they are and would therefore have to investigate and maintain a constant watch of all work and materials used, and labourers involved, onsite. Furthermore, no such duty was specifically set out in the bond, nor was there evidence of any such trade custom. However, if a claimant requested information about a bond, the owner has a duty to give that information.

The same point arose recently in Dolvin Mechanical Contractors Ltd. v. Trisura.  Dolvin, a subcontractor at a TTC renovation project, went unpaid and took default judgment against the general contractor.   While attempting to collect on its judgment, Dolvin was in contact with TTC. There were discussions about what information TTC would provide, and Dolvin requested “help”.  But Dolvin made no specific request about the existence of an L&M bond until the applicable limitation period had expired. When Dolvin eventually learned about the bond’s existence, Dolvin immediately sued the surety, TTC, and a TTC employee. The claim against TTC was for failing to disclose the existence of the bond.

Under the Ontario Construction Lien Act, Dolvin was entitled to make a written request to the owner, TTC, for a copy of any L&M bond. If an owner fails to respond accurately within applicable time limits, it may be responsible for resulting loss. Dolvin made no such demand upon TTC, however, until it was too late. Dolvin also argued that TTC’s silence on the bond’s existence (until specifically asked) was misrepresentation. This argument failed as well. Although Dolvin made no valid demand to TTC, it made a valid and timely demand for information about a bond to the general contractor. The general contractor had simply failed to respond. TTC was not obliged to proactively offer the information.

These issues came up again in Valard Construction Ltd. v. Bird Construction Co., where an unpaid sub-subcontractor, Valard, failed to give timely notice under an L&M bond. Valard unsuccessfully tried to argue that as trustee, Bird Construction owed a duty to inform it about the bond. The “trustee” language in the bond was there only to identify who would be claimants under the bond.  It was not there to add additional duties to the “trustee”. It is the obligation of unpaid potential claimants to ask about whether a bond exists.

Whether this is the final word on these issues remains to be seen. Law reform might one-day change whether owners or other “trustees” have to make positive disclosure of L&M bonds absent a specific request. Publication of these bonds, perhaps by posting a copy on site, could reduce the possibility that the bond will be ignored by valid claimants (this is already statutorily required for Alberta public works).  It is even possible that the developing duty of good faith in performing contractual obligations may create obligations of disclosure in ways that cannot currently be predicted. Whatever the future holds on these issues, it is clear that unpaid subcontractors and suppliers significantly increase their options for recovery by making timely and specific requests to the correct parties about available payment bonds.


This article is for general information purposes only, and may not be relied on for legal advice. Dirk Laudan is a partner at Borden Ladner Gervais LLP (BLG). Alexander Bjornson is an associate at BLG and focuses his practice on construction and surety law, and commercial litigation. Send comments to editor@on-sitemag.com.