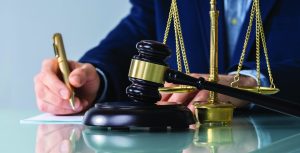 A judgement in Ontario may impact whether breach of trust allegations should be included in a lien action.

Damasio Drywall Inc. v. 2444825 Ontario Limited, 2021 ONSC 8398 (Damasio Drywall) is a recent decision of the Ontario Superior Court Justice where the court held that a breach of trust claim cannot be joined with a lien claim, even though the Construction Act was amended in Ontario to remove the section expressly prohibiting the combining of breach of trust claims with lien claims.

The decision is the first of its kind in the province to clarify the law in relation to the removal of the breach of trust joinder provision from the act.

A court-ordered judgment for damages in relation to a breach of trust may also survive bankruptcy and may have priority over the claims of certain secured creditors.

PROHIBITION AGAINST JOINDER IN THE CONSTRUCTION LIEN ACT

Under section 50(2) of the Construction Lien Act (as it then was) states that a breach of trust claim must be separate from a lien claim.

As a result, parties may have been under the impression that if the current act applies, breach of trust claims may be brought in lien proceedings.

In the Damasio Drywall case, notwithstanding the removal of section 50(2) of the lien act, the court interpreted the act to still prohibit the joining of a breach of trust claim with a lien claim.

The court stated that the provision of the Construction Lien Act that allowed a claimant to make breach of contract allegations in a lien action was carried forward into the act’s regulations.

The court interpreted this to mean that trust claims may again be prohibited from being joined with lien claims.

Furthermore, the court stated that, given the summary nature of the act, if the legislature intended to allow trust claims to be joined with lien claims, it should have stated so explicitly, given the complexity of a trust claim and that tracing project funds and remedies against directors and officers can be potentially complex.

Finally, it is worth noting that lien actions are subject to the procedural requirements of the act. For example, interlocutory steps, other than those expressly provided for in the act, cannot be taken without leave of the court. This includes the exchange of documentary productions and conducting examinations for discovery.

Breach of trust actions often require these types of steps to be taken.

Although the subject matter of this article relates to statutory legislation in Ontario and may not be applicable to jurisdictions outside of Ontario, the court’s decision in the Damasio Drywall case suggests that a claimant should exercise caution before considering the inclusion of breach of trust allegations to a lien action. It is always best to seek appropriate legal counsel from a firm with knowledge pertaining to the applicable jurisdiction.

Following the submission of this article for publication, two subsequent decisions were released with respect to the joinder of trust claims with lien claims: (i) 6628842 Canada Inc. v. Topyurek, 2022 ONSC 253 (Topyurek) and (ii) SRK Woodworking Inc. v. Devlan Construction Ltd. et al., 2022 ONSC 1038 (SRK Woodworking). While the print version of this article has been distributed prior to this update, below is a note from the writers for online readers.

In Topyurek, associate justice Wiebe adopted his earlier comments in Damasio Drywall, and stated that, in the case before him, the joinder of the trust claim to the lien claim was improper. However, in the subsequent decision of SRK Woodworking, J. Harper held, contrary to associate justice Wiebe’s decisions in Topyurek and Damasio Drywall, that in the matter before him, “there is no reason why the trust and lien claims cannot be part of the same action in this case.”

As a result, there is some uncertainty with respect to the joinder of trust claims with lien claims. BLG will continue to monitor developments regarding this issue, with a subsequent article to follow regarding J. Harper’s decision in SRK Woodworking. 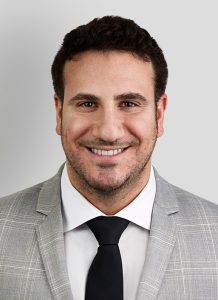 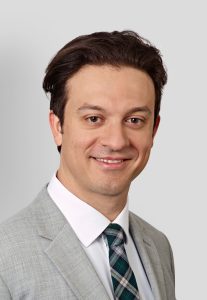 Andrew Punzo is a Partner and Evan Ivkovic an Associate in the Construction Group at Borden Ladner Gervais LLP. This article provides an overview and is not intended to be exhaustive of the subject matter contained therein. Although care has been taken to ensure accuracy, this article should not be relied upon as legal advice.