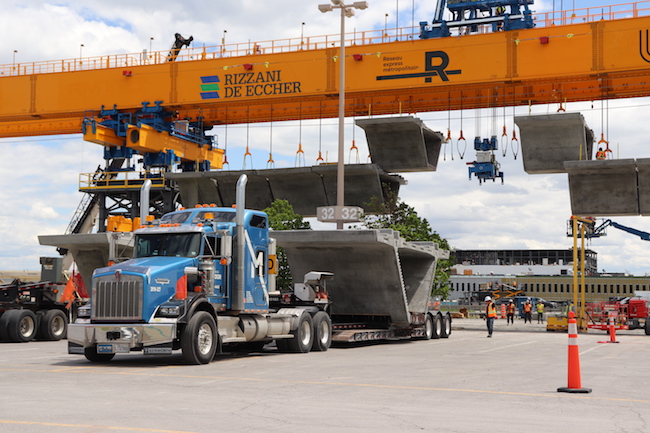 The launching gantries will assemble more than a dozen kilometres of elevated track. PHOTO: REM

Working in tandem along a stretch of highway in Montreal, a pair of launching gantry cranes hoist 50-ton concrete segments into the air off flatbeds below. The gantries slide the prefabricated segments into place, steadily forming a single 30-metre span over the course of two days.

The three-year journey has just started for the cranes, affectionately nicknamed Anne and Marie. With the help of construction crews, the massive yellow beams are building more than a dozen kilometres of elevated track on which the Réseau express métropolitain’s (REM) rail cars will eventually run.

Come 2023, the gantries will have launched more than 4,000 concrete segments, forming 366 spans of elevated track from Technoparc, near the airport, to the city’s western tip of Saint-Anne-de-Bellevue. Crews will cap off the 14.5 kilometre section as the remainder of the 67-kilometre, $6.3 billion light rail transit project is built.

The use of launching gantries is unprecedented in Quebec’s construction market, which hasn’t embarked on a public transit project of such magnitude in the more than 50 years, since work began on the Montreal Metro.

The construction consortium taking on the project, comprised of SNC-Lavalin Group Inc., Dragados Canada, Aecon Group Inc., Pomerleau and EBC Inc., have been operating at full throttle to build the ambitious light rail network since April 2018.

This momentum for transit work isn’t confined to the Greater Montreal area.

With some credit owed to the steady flow of infrastructure funding from Ottawa and commuter demand for public transit, projects across Canada have gathered steam, unlocking opportunities for the workers bringing those structures to life, says Marco D’Angelo, president and CEO of the Canadian Urban Transit Association (CUTA).

“It’s going to be huge for the Canadian construction industry,” he says. “I think there’s really an opportunity here for the construction sector to be building transit and I think it means good things in terms of jobs and great things for the economy.”

Once gathering dust, plans for proposed transit infrastructure and network expansions in cities across Canada have taken major steps forward in recent years thanks to newly available funds.

The federal Liberal’s $190 billion infrastructure plan, underpinned by provincial and municipal investments, is one stream giving some long-sought transit projects a leg up, D’Angelo says.

In July, Prime Minister Justin Trudeau committed $1.3 billion to expand Montreal’s Metro, effectively green lighting the project decades after it was first promised to the city’s commuters. On the West Coast, Trudeau pledged $1.4 billion in 2018 for two “long overdue” projects to extend Vancouver’s SkyTrain transit network and construct an LRT system in Surrey, B.C. Construction of Calgary’s Green Line LRT and the expansion of two Edmonton LRT networks are among the other projects to secure more than a billion dollars from the federal government over the last few years. 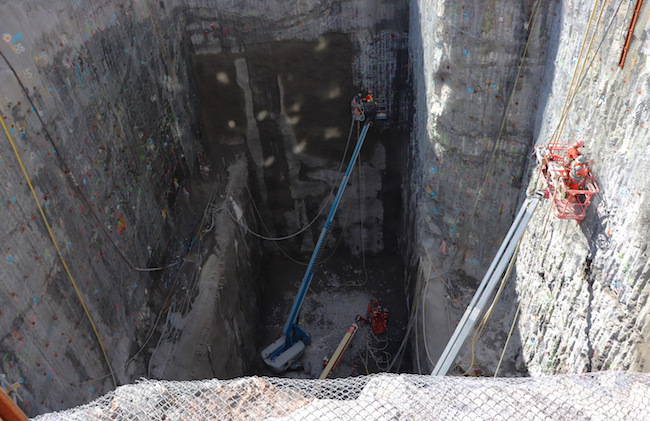 “We’re really just starting to see those funds and projects get underway,” D’Angelo says. “It’s been very helpful for local transit systems to look at the backlog that they have in terms of their capital needs, look forward to a state of expansion.”

The long-awaited dole out of funds from the Canada Infrastructure Bank (CIB) — first floated in 2016 — has also helped get more transit projects off the ground, D’Angelo adds.

“There are major LRT projects underway in a number of places across the country. Some of them haven’t started being built yet, some of them have one phase or two phases of work done, but there’s always the next phase,” Lavallée says. “I foresee that over the next nine years of our investment period, there will be many more opportunities for us to invest in building new transformational urban transit infrastructure for Canadians.”

“Every buck we invest in transit infrastructure, we’re getting three to four to 20 times back,” Lovegrove says. “In response to people who say the funds going to transit could go towards improving highways: let’s flip that on its head. Let’s look at the opportunity benefits of transit — climate change, safety, aging in place, eco-tourism, travel time… Communities that spend more on public transport free up so much of their economic funds, they have a higher quality of life, bar none.”

In a recent CUTA-commissioned survey, Canadians in Vancouver, Calgary, Winnipeg, Toronto, Montreal and Quebec City were polled on public transit. Just under 90 per cent of respondents called on governments to invest more in public transit that reduces congestion and greenhouse gas emissions.

“The cost of congestion is dictating billions of dollars per year right across the country,” Lovegrove says. “We’re running out of space, and we can’t afford to build our way out of congestion anymore.”

BUILDING FOR THE FUTURE

“It’s really an opportunity here to develop transit for the next generation,” D’Angelo says. “Looking down the road to see what the needs of our cities are from 2030 to 2050… Many of our bigger systems are already putting out plans like that.” 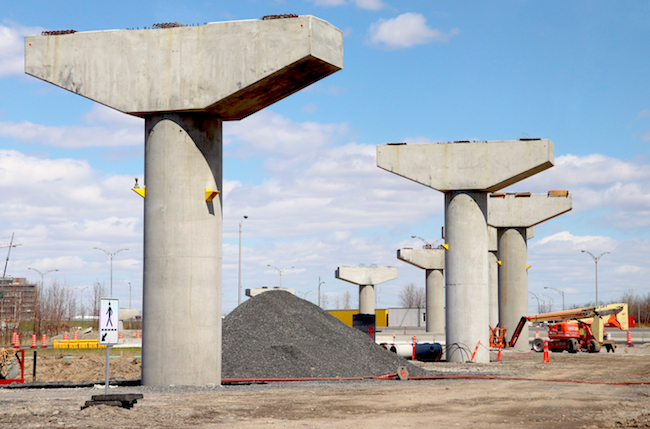 Vancouver’s TransLink is one transportation agency plotting out its future. The transit authority launched consultation for its 30-year strategy — Transport 2050 — in May, calling on the public to envision the possibilities for Metro Vancouver’s commuters.

The decades-long plan aims to account for new technologies, shifts in the global economy and the impacts of climate change on transportation. For Colin Earp, national transport leader at KPMG Canada, that generational transformation is already underway.

“When we’re starting to think about what the transit services for the next 40 [or] 50 years looks like, you have to understand how urban centres and rural communities are going to act in the future from a smart perspective,” he says.

The move towards urbanization has had a marked influence on transit development in Canada and globally, according to Earp. Though, there are a number of other factors reshaping transit across the country, he says. Autonomous vehicles, alternative drivetrains and electrification are poised to “critically change” transit, along with intelligent infrastructure and smart cities. Commuters are also more likely to use multiple modes of transport going forward, and transit infrastructure will need to evolve to meet that need.

Delivering those projects will require greater collaboration between the public and private sectors.

“The cost of building transit and big transport projects continues to go up because the scale of the projects [and] the complexity of delivering,” Earp says. “Understanding the whole lifecycle cost means we need to take a much more portfolio view of, ‘What are the outcomes from a public sector [perspective] that we’re looking for?’”

Sustainability plays a key role, too, with many urban transit systems working to lower Canada’s environmental footprint. The fully electric REM, for example, is designed to emit zero greenhouse gases, reducing emissions by 680,000 tonnes over its first 25 years of operation.

“Infrastructure that facilitates climate adaptation and resiliency, building our electric and alternative fuel infrastructure… those are a couple of complementary areas where the construction industry can take the lead as well in creating the conditions for better transit,” D’Angelo says.

KEEPING UP THE PACE

Throughout Greater Montreal, 34,000 trades workers are expected to mobilize to build the extensive REM.

“We also have to implement all the electronic components, the communication components,” Lacroix says. “We always try to present it like a brand new system, a collective system… This is one of the main challenges for our team — to build the infrastructure but to really connect with the technical team that is responsible for this new transport system.”

The network’s first trains are expected to get rolling in 2021, with the remaining branches coming into service between 2022 and 2023. Once complete, the fully automated light rail network will be one of the largest of its kind in the world after Vancouver, Singapore and Dubai.

“At the end of the day… if it’s helping to develop here in Quebec and in Montreal an expertise for this kind of major transport system or work site or project, it’s of course a good thing,” Lacroix says.

This article first appeared in the August 2019 issue of On-Site. Click here to read through the full issue.