Finding workers is only part of the equation 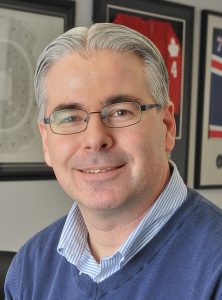 I’ve had the opportunity to speak with Mike Rowe a few times over the years, and each time I’ve chatted with the host of Dirty Jobs, he’s left me with fantastic insights about the labour shortage in the skilled trades. It was Mike who first explained to me that concern about the labour shortage is not really a thing for trades professionals. Shortages drive their earnings up and allow them to pick and choose the clients they work for, and the jobs they wish to do.

The concerns arise when nobody is available to do the work, he explained to me. What happens when homeowners — and I’ll add in developers and general contractors to this list of affected stakeholders — need to find a trained and certified person to provide a service, but none can be found?

Long waits that sometimes never end can lead to the scrapping of projects or even to the use of people who should not be doing these skilled tasks in the first place.

Well, just in the past few months, we’ve seen a number of announcements made at the government level.

For example, the federal government launched a website and a series of commercials. While the television spots are noticeably light on non-residential and heavy construction, they indicate a willingness to teach anyone with an interest so that they can become the next generation of tradespeople.

In Ontario, the province is promising to make it easier for tradespeople from other provinces to have their credentials recognized in the hopes of attracting experienced workers. Looking internationally, several groups are calling for the federal government to allow more workers with skilled trades backgrounds to immigrate to Canada.

And there’s also the push to attract more diversity from the domestic talent pool. According to a survey done by OECD, only two per cent of 15-year-old females are planning to pursue a career in the skilled trades. That’s a figure that needs to rise, and hopefully will as events like Annex Business Media’s annual Women In Construction event, held earlier this month, help showcase the opportunities (and mentorship) available.

These are all good initiatives, and definitely worthy of support and promotion, but there’s another factor that also needs to be calculated in our aim to navigate labour shortfalls, and that’s technology.

When they built the first Welland Canal, it took five years to carve a 44-kilometre trench eight-feet deep and 24-feet wide with picks and shovels. Ten modern excavators could move that amount of earth in less than a single year; 14 if you want weekends and holidays off.

Jacob Stoller’s column in our March edition includes a great illustration of how technology helps us make more productive use of time. While we need more workers, don’t overlook the technical advances that can help bridge the labour gap — some of which might even be on display at the upcoming national and Atlantic heavy equipment shows.