From the editor: Hurray for the red, white… and green 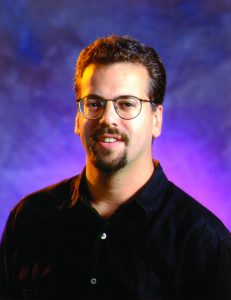 As a I dragged my butt out of bed at 2:40 in the morning last month to watch an Olympic hockey game taking place on the other side of the planet, my mind drifted… as it is wont to do at such an ungodly hour.

Here I was, robbing myself of much-needed sleep in order to cheer on Canada’s sporting heroes in their quest for medals.

Now, don’t get me wrong. I’ve been a hardcore sports fan virtually my whole life, so clearly this was an important event for me, but in the grand scheme of things, will the world change if I missed the game or if our athletes failed to strike gold in South Korea?

That’s when my mind started wandering again, recalling a news item that had landed on my desk the week earlier. The article was about how Canada ranked second in the world on U.S. Green Building Council’s annual Top 10 Countries and Regions LEED list.

While our nation’s star athletes were sparking great celebrations by racking up impressive medal counts in PyeongChang, back home our own construction stars – with very little fanfare – were doing equally impressive, if not better. And here, our industry is actually changing the world for the better with its green building practices.

Doesn’t that deserve a shoutout?

Canada wound up pulling in a whopping 29 medals to shatter its record of 26, previously set in Vancouver in 2010.

It can’t come as a shock that China – given its size and nearly 1.4 billion citizens – is leading the way. But the fact that Canada, which ranks 37th in the world with just over 35 million people (according to geoba.se), is ahead of vastly larger nations such as India, Brazil and Mexico speaks volumes about how our country is truly a pioneer in the green building space.

Pretty impressive, considering LEED projects are ongoing in over 167 countries and territories across the world.

“Canada’s green building industry has consistently proven that we are among the most innovative in the world, and this result further cements that leadership position,” says Thomas Mueller, president and CEO of the Canada Green Building Council.

So while memories of the tremendous exploits of our red and white adorned athletes fade into sports folklore, let us not forget our own industry’s superstars that are making a huge difference right here on our home soil.

While I desperately try to catch up on all the sleep I lost last month cheering on our sports idols, I’d be remiss if I didn’t also tip my hat to those unsung heroes back home. So I say: Hurray for the red and white… and green!