Doing things differently: Getting ready for prompt payment and adjudication 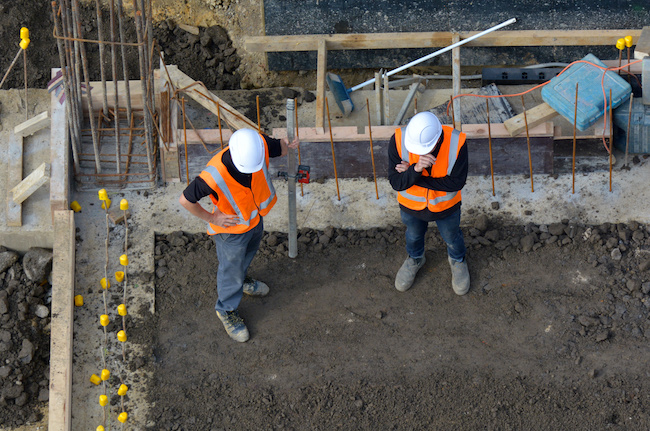 The Striking the Balance Report, delivered back in 2016, was the catalyst for Ontario to modernize its Construction Lien Act, which had been last reviewed in the early 1980s. As part of a wide-ranging review, this report also addressed the significant lengthening of payment cycles in recent years. There have been many explanations as to why payment cycles have been elongated, including the increasing size and complexity of projects, but the fact remains, these longer payment timelines have placed immense pressure on contractors and suppliers in the construction pyramid who often go months without payment.

Following consultations, the Construction Act came into force in December 2017 with the phased implementation of many changes. Subject to a few stipulations, these changes will apply to construction projects ranging from small scale jobs to multibillion-dollar P3 projects. This impacts owners, contractors, subcontractors, suppliers and providers of professional services. Other Canadian jurisdictions (including the federal government) are at various stages of enacting legislation around prompt payment and adjudication. Adjudication has been described by some as efficient, rough and ready justice.

The reforms set out in the Construction Act are being introduced in two phases. The first phase of the Construction Act, relating to lien modernization, came into force in July 2018. It included mandatory holdback release, increased time for preservation and perfection of liens, and the requirement for the publication of notice of nonpayment of holdback. The second phase, dedicated to prompt payment and adjudication, will be coming into force this October. In addition, there are provisions to increase access to lien rights including the ability to attach a lien to a person’s interest in the subject premises. These changes are geared towards introducing more rigor and efficiency to the industry and bring up to date otherwise outdated legislation.

Changes relating to prompt payment and adjudication for procurements on or after Oct. 1 include the requirement for the owner to pay the contractor within 28 days of delivery of a “proper invoice” to the owner, as prescribed under the Act, assuming that there is no dispute over payment. Following this, the contractor has seven days to pay its subcontractors, who then have seven more days to pay their sub-subcontractors, and this follows down the supply chain.

The notice of nonpayment along with several other situations, including disputed evaluations of work, changes, claims, set-off, back charges, etc., provide the owner (and others below in the construction pyramid) the opportunity to trigger a new adjudication process, which is interim and binding. This requires an adjudication notice from one party to another, the appointment of an adjudicator and a determination (decision) within 30 days of the dispute having been referred to the adjudicator.

The adjudicator’s decision is binding, and when one party is required to pay the other, then this must happen within 10 days. If it does not, the party expecting payment has certain rights to suspend the work. Either party can challenge the determination of the adjudicator, but grounds to set aside a determination are limited based on experience in other jurisdictions where such challenges are rarely successful.

The Evaluation & Prompt Payment Model in Figure 1 below identifies the typical components that make up the value of the work during a project, with the intended purpose of increasing consensual evaluation and decreasing late payments. Figure 1 also shows the current practices and the changing practices which need to be implemented so these purposes are achieved. Even if they are not, then contractors and others in the construction pyramid can be positioned for a positive outcome in the event that there is an adjudication.

There has been much written and said particularly in relation to prompt payment and adjudication since the Construction Act hit the road in Ontario in 2017. The popular advice has been for everyone in the construction pyramid (including contractors) to enhance practices such as administering payment and evaluation in a manner that reduces the likelihood of disputes that will trigger adjudication. 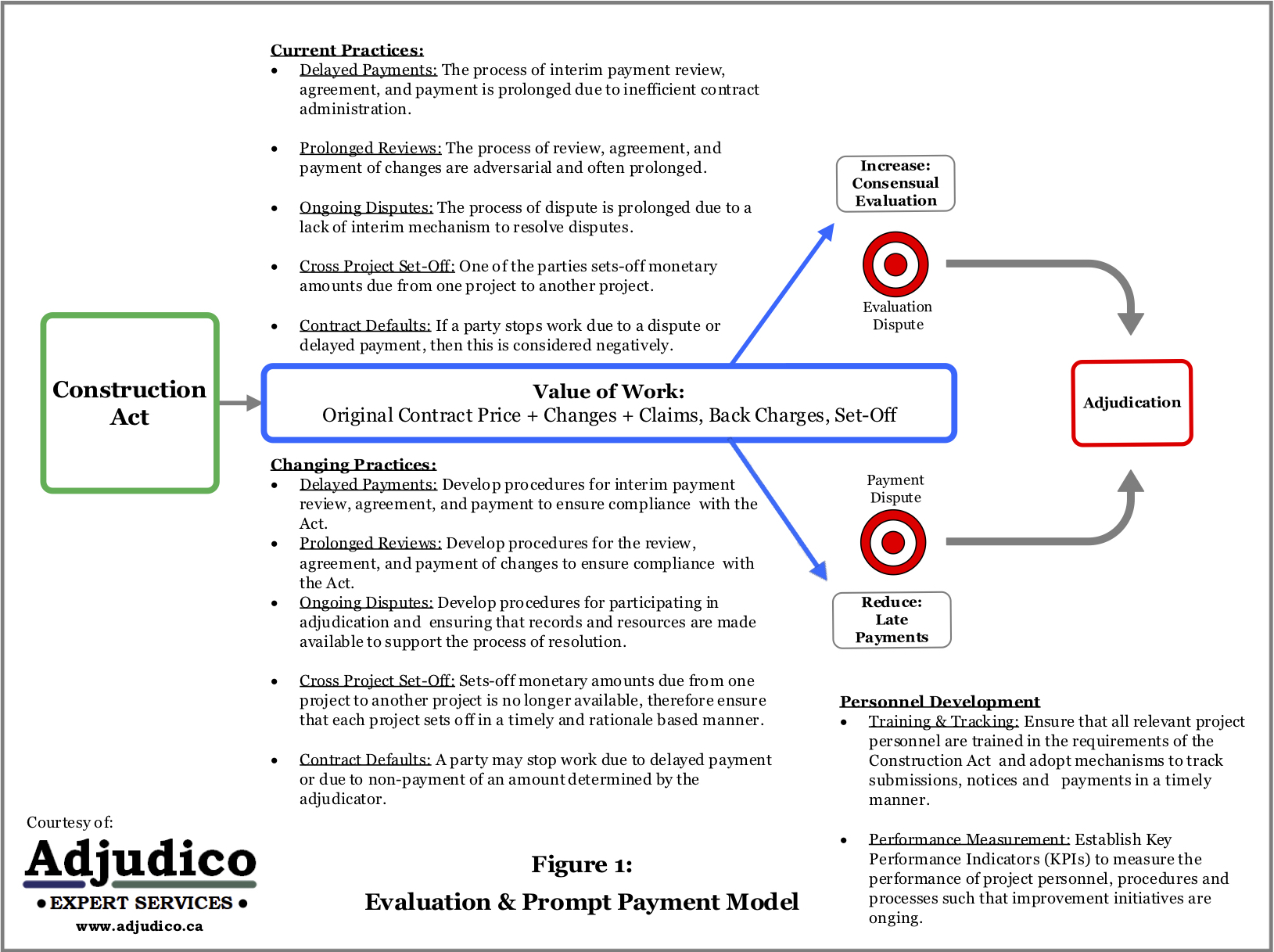 Other than there being disagreements around payments being late, as shown in Figure 1, the reality is that it is equally important that as a project proceeds there is consensus, to the maximum extent possible between the owner, contractor, trade contractors and others in the construction pyramid as to the evaluation of not only the original contract work, but also changes, claims, back charges and set-off.

Therefore, it is not only going to be about having good records and more records, it’s also going to be about training those with responsibilities around evaluation and payment to ensure that the emerging reality of paying on time and in a complete manner becomes the norm. Where this is not possible, adjudication will be available to those in the construction pyramid, including general contractors and trade contractors. In any event, efficient, ready and rough justice is intended and will be available in less than 100 days. 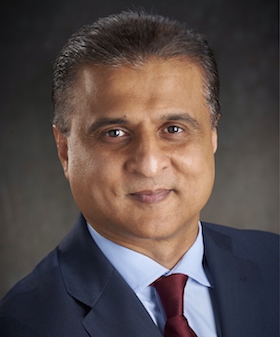 Arif Ghaffur is the President of Lakeland Consulting Inc., a provider of commercial management expertise. Arif is also the editor of the Construction Economist, a publication of the Canadian Institute of Quantity Surveyors (CIQS). Arif is a Director of the Canada Board of the Royal Institution of Chartered Surveyors (RICS) and the Board of the Canada Branch of the Chartered Institute of Arbitrators (CIArb). Arif is a Professional and Chartered Quantity Surveyor and has worked in the United Kingdom, Hong Kong, and in Canada since 2001.

This article first appeared in the August 2019 issue of On-Site. To read through the entire issue, click here.