Contract clarity and agreement a must in the digital age

The use of electronic contractual terms may create unexpected pitfalls in the construction industry. 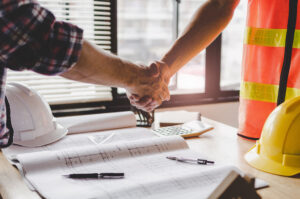 A digital link to terms may not be enough to make all linked conditions part of a contract. In a recent decision, the Manitoba Court of Queen’s Bench illustrated some of the potential issues associated with construction contracts that incorporate additional terms by referencing electronic documents.

This case is valuable for companies in the construction industry because it establishes the factors that courts will assess when determining the effect of important electronic contractual terms that were never seen by parties to the contract.

In Razar Contracting Services Ltd v Evoqua Water, the plaintiff, Razar Contracting Services, was a mechanical contractor hired to perform work on a potato processing plant in Manitoba. Upon selecting Razar to perform the work in question, the defendant, Evoqua Water, issued a two-page purchase order. The bottom of the first page contained a statement reading, “Unless otherwise agreed to in writing, Terms and Conditions apply to this purchase order.” A link to a website containing those terms and conditions was then provided.

Razar’s president was unable to access the website containing the terms and conditions. After a failed attempt to follow the link, the president took no further steps because he was under the impression that a subcontractor agreement would be entered into between the parties. Such an agreement was never executed, however.

Had the plaintiff been able to access the website at the bottom of the purchase order, they would have found an arbitration clause mandating that any disputes arising between the parties would be arbitrated in Pittsburgh, Penn. This clause would prove to be the main source of contention in this case.

It is common for contracts in the construction industry to incorporate additional terms into the agreement by referencing other documents. Furthermore, with the advancement of technology and the proliferation of electronic contractual documents, the number of pitfalls and potential grounds for conflict have increased exponentially.

Not long after the parties entered into the contract, Razar registered a lien on the project because of unpaid amounts and costs associated with delays.

In response, Evoqua Water filed a demand for arbitration as a means of recovering costs and expenses it claimed to have suffered because of Razar. Evoqua Water argued that both parties had agreed to resolve any matters by way of arbitration, as per the clause mentioned above. Prior to this dispute, Razar had no knowledge of the arbitration clause that Evoqua Water wished to rely upon. Naturally, Razar argued that it had never entered into any agreement to arbitrate disputes.

Razar then filed a lawsuit, which was the subject of this decision in the Manitoba Court of Queen’s Bench. As a consequence, Evoqua Water argued that the court did not have jurisdiction to hear the matter, due to the arbitration clause agreed to by the parties.

The central issue for the court to determine was whether a valid and binding arbitration agreement existed between the plaintiff and defendant.

What is an arbitration agreement, and what makes it enforceable?

In the construction industry, where the terms and conditions governing a single project can be found in numerous documents, references to other terms can lead to especially problematic consequences. Those concerns are exacerbated when contractual terms are in an electronic format, as various factors may make it more difficult to access and review important conditions associated with the contract.

Indeed, electronic contracts in the construction industry may lead to situations where firms will effectively have no knowledge of certain key terms and conditions purportedly governing the project they are working on. While it is easy enough to review a concise physical document containing terms and conditions, construction firms often do not have that luxury. As well, when there are electronic components to the contract, companies in the construction industry must be increasingly detail-oriented so as to ensure that they are able to review all aspects of the contract, sub-contract, or any working arrangement they will be entering into.

Razar argued that no enforceable arbitration agreement existed, and the court agreed.

No valid and binding arbitration agreement

In beginning its analysis, the court acknowledged that the International Law’s definition of arbitration agreement required an exchange of documents whereby both parties agreed to refer disputes to an arbitrator. This did not happen in this case, as the plaintiff never saw the arbitration clause in question.

Furthermore, the court found that a reference to a website providing multiple different terms and conditions without any guidance related to dispute resolution was not a written arbitration agreement. As well, there was nothing to suggest that the plaintiff understood that it would be bound by the various terms and conditions.

At the same time, the court reasoned that there was no “meeting of the minds” between the parties with respect to an agreement to arbitrate. In addition to the fact that the Razar’s president never saw the arbitration clause, Evoqua Water also never drew anyone’s attention to the relevant terms and conditions mandating arbitration.

As a consequence, the court concluded that the parties did not enter into a valid and binding arbitration agreement.

The court’s analysis is beneficial to companies engaged in construction, as it demonstrates that they will not be beholden to a clause that they never had the opportunity to review, or that was not sufficiently brought to their attention. Given the nature of the construction industry and the proliferation of electronic contracts or contractual terms incorporated by reference, this is an important decision that serves to protect contractor interests.

While the court’s decision should indeed provide a sigh of relief for contractors in the construction industry, caution is still required when agreeing to contracts that incorporate additional terms by way of references to electronic documents. In an industry where several documents can contain a laundry list of terms and conditions applicable to a single project, construction companies need to ensure that they have a firm understanding of what they are agreeing to when accepting a contract.

Accordingly, we advise all in the construction industry to obtain expert legal advice if they have any concerns about entering into a contract, subcontract, or any other form of agreement to perform work on a project. 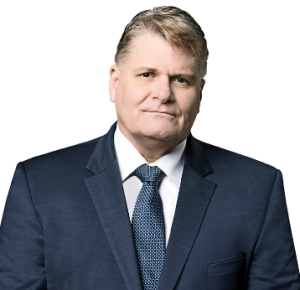 
Related Stories
Entire agreement clauses: You get what you bargain for
Understanding arbitration agreements
Is the sky the limit? A look at limitation of liability clauses
SNC-Lavalin drops court challenge over bid for special agreement