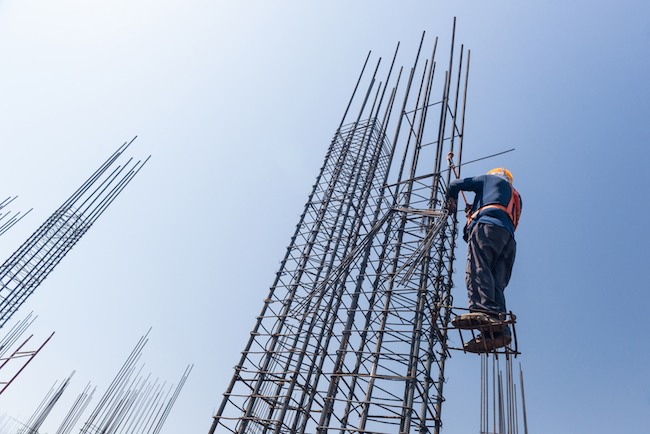 Contractors are turning increasingly to self-compacting concrete for rebar-heavy elements, such as columns. PHOTO: Getty Images/Albert_Karimovi

Permeating to the far corners of formwork, through dense networks of rebar, all with little or no vibration, self-consolidating concrete has carved out a considerable niche on job sites over the past two decades. With origins in the ‘80s, it was firmly established in the Canadian market by the early 2000s. But like the highly fluid product, it has not stopped expanding beyond its traditional place in the industry.

Easy to use, flowable, nearly self-finishing and often requiring a smaller crew to pour than general use concrete, self-consolidating concrete (SCC), also known as self-compacting concrete, is expected to see strong growth on a broad range of projects in the years ahead.

It is all about streamlining the process, says Pierre Courchesne, product line manager for Concrete Restoration Systems in Canada at Mapei. “Anything you can make simpler for the contractor is usually well accepted by the industry,” he says.

To put growth in the market in perspective, Courchesne says Mapei saw a double-digit increase in SCC last year, and is expecting a similarly strong performance in 2021.

On the ready-mix side, Lehigh Hanson is also seeing an uptick in demand, particularly in the residential segment.

“The market has been more mature on the commercial side in high-rise construction for columns, core and shear walls, architectural finished applications, and slabs,” says Lori Tiefenthaler, senior director of marketing for the ready-mix firm. “In more populated areas, there is often more demand as a result of developers focused on maximizing floor space in high rise construction which means more structural concrete and dense reinforced elements.”

This growing demand for smaller, densely-reinforced columns translates to the need for more highly flowable SCC.

Architectural finishes, where concrete is exposed, is another part of the market seeing growth.

“When natural concrete surfaces are exposed, they take CO2 from the air and contribute to the sustainability of a project over its lifetime,” Tiefenthaler says. “As sustainability measurement becomes advanced, it’s easier to account for these types of benefits to our environment, thus these surfaces are becoming increasingly more popular.”

Lehigh, a subsidiary of HeidelbergCement, offers the SSC under the High Flow and EZ Floor brands across six provinces.

The pandemic, which has limited the number of workers on-site, has also added to demand.

“With the COVID-19 pandemic, we are seeing increased use in the residential market on slabs since the product finishes better, requires fewer labors, shortens concrete truck time and finishing crews can complete more slabs per day,” Tiefenthaler says. 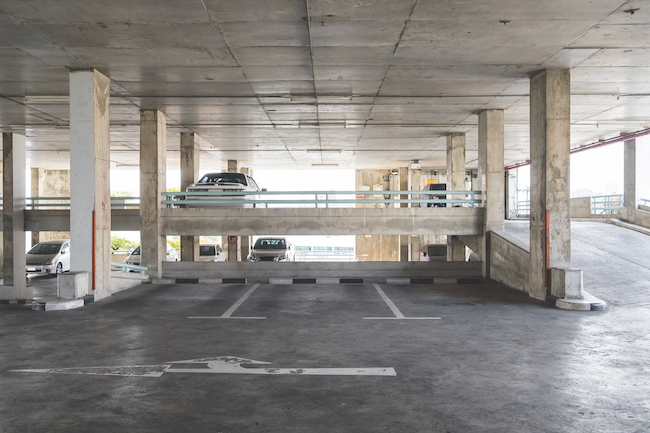 Even when job sites put the pandemic behind them, Courchesne says, high labour costs, as well as a shortage of experienced workers in many parts of the country, make SCC attractive for contractors, despite the higher cost than the general use product.

“If you don’t have to finish the concrete, well obviously, you’re cutting down on labour that’s $60 to $65 an hour,” he says.

While finishing becomes less of a concern with SCC, formwork often requires extra attention. SCC’s high flowability means testing for leaks needs to be more of a priority, though crews can be confident when they remove the form, the concrete will have spread entirely throughout it.

For Mapei, which offers its Planitop 11 SCC in bags, structural repairs on jobs with congested reinforcing steel are the main focus.

“You would have a column, for example, that has been damaged by deicing salts and fluorides and so on and it’s degrading,” Courchesne says. “You’ll take away all of the unsound concrete, expose the steel, clean the steel, do your surface prep as prescribed by the International Concrete Restoration Institute (ICRI) and then form it up and basically pour your self-consolidating concrete into the form.”

To prolong the life of the concrete and rebar next time around, Mapei’s product includes a corrosion inhibitor. Contractors taking on rehab projects on parking structures are likely top users of the product. Still, Courchesne says the applications run the gamut, with both interior and exterior uses ranging from small to larger projects, such as underground work on the Montreal subway. Being bagged, the product is most often used on sites where space is limited and simply pulling in a ready-mix truck is not an option.