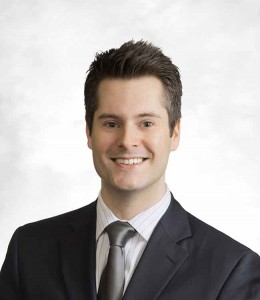 Despite the best intentions of all parties involved on a construction project, it should come as no surprise that delays occur. Where a delay can be clearly attributed to a single party, the appropriate remedy is relatively easy to determine. However, where two parties to a construction contract cause delays that occur at the same time and affect the completion date, determining responsibility for the costs of delay can be far more difficult, even if the parties attempted to address concurrent delays in their contract.

The law in Canada with respect to concurrent delay is not clearly defined. Courts have assessed damages in cases where the acts of both the owner and contractor have each contributed to delays, but none of the Canadian decisions provide an in-depth analysis of the underlying principles. Further, the courts have offered no guidance in interpreting concurrent delay clauses.

A classic problem: the owner has failed to provide the contractor with access to the site by the agreed start date. At the same time, the contractor is unable to start work because of a problem with its equipment. Who bears the consequences of this delay?

Canadian courts generally apportion concurrent delay damages based on the parties’ respective contributions to the delay, with greater or lesser degree of precision depending on the evidence provided. There are no decisions in which a detailed critical path analysis was employed. In the above example, the delay would likely be apportioned between the parties.

In some cases, the Court may divide responsibility equally, either because both parties equally contributed to the delay, or because it is not possible to determine each party’s contribution with any accuracy. It remains open to our courts to consider and embrace principles found in other jurisdictions.

In most American jurisdictions, delay will be apportioned between the multiple causes following a comparative fault or critical path analysis, unless there is insufficient evidence to apportion delays.

In England, however, the entire delay will likely be attributed to the dominant or “first-in-time” cause, and recent English authority, has confirmed the courts’ very narrow definition of concurrent delay.

Owners may seek to limit or exclude their liability for delay damages or time extensions in situations where the owner might otherwise have been liable under the common law. Exclusion clauses are generally enforceable when entered into between sophisticated commercial parties. However, they will be narrowly construed against their author.

Further, the “prevention principle”, a doctrine whereby a person to whom an obligation is owed cannot insist upon the performance of that obligation if he has prevented the other party from performing it, may also factor into the interpretation of a concurrent delay clause where one party seeks to avoid liability.

This is all to say that, despite attempts to address concurrent delay in the contract, the parties may not obtain the contractual protections or relief that they anticipate.

Unfortunately, the law on concurrent delay in Canada remains murky, and the apportionment approach adopted to date could benefit from further clarification by the courts. In light of this uncertainty, owners and contractors alike are well advised to tread carefully when considering concurrent delay, as an element of their contract or otherwise.

This article is for information purposes only and may not be relied on for legal advice. Robin L.E. Davis is a lawyer at the law firm of Borden Ladner Gervais LLP, practicing in the areas of construction, insurance and tort litigation. Send comments to editor@on-sitemag.com.


Related Stories
Law Column: Provide notice of intention to bring a claim
Is the sky the limit? A look at limitation of liability clauses
Entire agreement clauses: You get what you bargain for
Understanding arbitration agreements