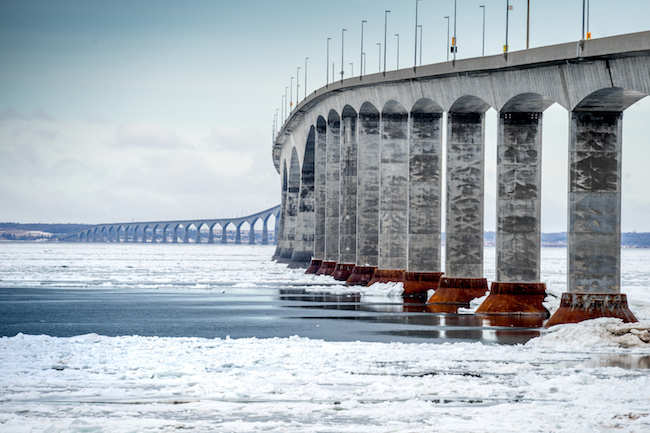 At a handful of smelters throughout Quebec, mining and metals giant Rio Tinto extracts pure aluminum metal from the oxide alumina. The process happens in electrolytic cells, known colloquially as pots, at roughly 1,000 C. Due to the prodigious amount of energy involved and repeated use, the lining that coats these pots eventually breaks down, resulting in a hazardous waste that’s typically been processed and then sent to landfills.

A new project launched last fall, however, means tens of thousands of tonnes of treated potlining will find a second life in construction. Lafarge Canada and Geocycle Canada — both subsidiaries of LafargeHolcim — and Rio Tinto, announced the new circular economy project last October.

After being processed into a product the companies call Alextra at Rio Tinto’s Potlining Treatment Plant in Saguenay-Lac-St Jean, Que., the revamped material makes its way to Lafarge’s cement production plant in Bath, Ontario. There, it’s used during clinker production as the required alumina material. The long chain comes to an end when concrete with Alextra-infused cement is put to use on building projects throughout eastern Canada.

Contractors pouring the end product would never know the difference, but the new initiative could divert up to 80,000 tonnes of potlining from landfills and see it integrated into roughly a million tonnes of cement each year.

The research and development effort has been years in the making. Like other additives — fly ash and silica fume being a couple of the best known byproducts added to cement in Canada — Alextra will cut down on the need to mine or source raw materials to produce cement.

The Bath, Ont. cement plant, where Alextra is being integrated in the cement production process. PHOTO: LarfargeHolcim

The new initiative is just one small part of the wider recycling and reuse ecosystem at Geocycle.

“We’re open to almost any waste, even hazardous waste, that we can recycle,” says Sophie Wu, head of Geocycle North America. There are just two requirements, she adds. “Waste that provides thermal energy, or can be ingredients of cement.”

On the ingredient side, byproducts from industries across Canada that offer iron, silica, alumina, or lime to Lafarge’s raw mix are considered. Foundry sands, fluid cracking catalysts, slags, iron fines and mill scale are a few of the most common.

When it comes to thermal energy-producing waste, which replaces some of the coal or natural gas firing Lafarge’s kilns, Geocycle’s inputs run the gamut. Using a method known as co-processing, waste material such as biomass, recycled wood, spent tires and agricultural products that have no other uses are added to cement kilns. The energy they contain is consumed during the combustion process and some of their minerals integrated into the resulting cement. Even items like used shampoo bottles that cannot be sent to landfills are put to use generating thermal energy, while the process also locks in their contaminants that could otherwise escape into soil or groundwater if the products reached landfills.

One of the few restrictions is on waste that can be reused elsewhere. Wu notes the company makes a point of not competing with high grade recycling, and is more often than not “getting rid of peoples’ headaches.”

From making use of approximately 3,000 tonnes of end-of-life tires at its Brookfield, N.S cement plant each year, to utilizing roughly 100,000 tonnes of waste typically bound for landfills each year at its facility in Richmond, B.C., co-processing has come to play an important role in trimming carbon dioxide emissions at Lafarge plants. Across its global operations since 1990, LafargeHolcim has reduced emissions by 25 per cent per tonne of cement produced.

Getting to zero CO2 emissions is the company’s ultimate goal, though both practical and technical obstacles will need to be overcome.

With the increased international focus on climate change, the wider cement industry is also working to slash emissions. Last fall, LafargeHolcim and the more than three dozen other large producers that make up the Global Cement and Concrete Association, signed a net zero “climate ambition” aiming for carbon neutral concrete by 2050.

Canada, along with other regions around the world, are now putting together technology road maps to get to zero, says Adam Auer, vice-president of Environment & Sustainability at the Cement Association of Canada (CAC).

If the industry hits its targets, the effect will be considerable. According to a commonly cited 2018 study from think tank Chatham House, roughly eight per cent of global CO2 emissions are tied to cement manufacturing. The combustion of fuels to make clinker, which requires heating kilns to approximately 1,500 C, is particularly energy intensive, accounting for about 30 per cent of emissions, Auer says. Process emissions, the result of chemical processes that take place in the kiln, account for the majority of the rest. To cut back across the board, companies are working on ways to reduce both the amount of clinker in cement and the amount of cement in concrete. 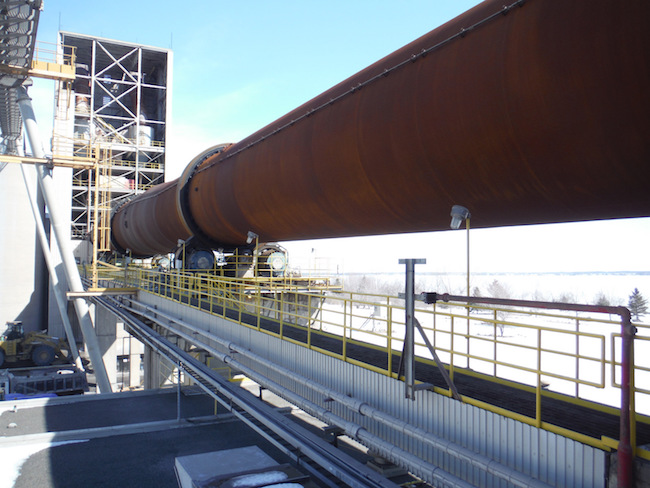 Cement kilns are where the bulk of the emissions tied to cement and concrete occur through both heat requirements and process emissions. PHOTO: LafargeHolcim

For its part, Lafarge Canada launched a new product range called ECOPact last November. The range offers a quantified reduction in CO2 of between 30 and 70 per cent, achieved by a process of mix design, optimization and material selection. The company is also working on and committed to launching a carbon neutral mix in the future.

Lehigh Cement, a unit of HeidelbergCement, for instance, launched a new line of cement called EcoCemPLUS last month. Produced at the company’s Edmonton plant through inter-grinding clinker, fly ash, limestone and gypsum, the mix is now available across the Canadian Prairies. It reduces emissions 22 per cent, compared to the company’s general use product.

The producer also teamed up with the International CCS Knowledge Centre in 2019 and began mapping out a business case for carbon capture technology at its Edmonton plant. It is now working on engineering design, targeting late 2021 to complete the feasibility work. Across the Atlantic, it is already developing a full-scale capture and storage project at a cement plant in Norway.

As the term implies, carbon capture does not prevent the initial release of CO2 but contains the emissions at the plant before they can escape. The CO2 can then be stored, or put to use for other purposes, though currently, options are limited.

“At the moment, the only real economic use for it at scale is to store it either through enhanced oil recovery or through just straight up geologic storage,” Auer says, noting Canada hosts favourable conditions for both.

To hit its mid-century climate pledge, as well as its intermediary CO2 reduction target of 20 per cent by 2030, LafargeHolcim sees carbon capture as a “must.” It is experimenting with capture technologies in 20 separate pilot projects around the world, including one at the Richmond cement plant designed to capture flue gas typically released into the atmosphere.

Auer sees carbon capture as the future of cement production. He expects costs for the technology to fall as advances are made and more uses for the captured carbon emerge. He points to synthetic fuel, carbon-based nanomaterials and even manufactured aggregates as a few examples of possible uses.

Bringing concrete’s carbon footprint to zero will not happen all at once, but momentum is building, driven by both producers and end users.

“The majority of contractors are not there yet,” Wu says, but adds that leading builders, private owners and governments are pushing initiatives forward. 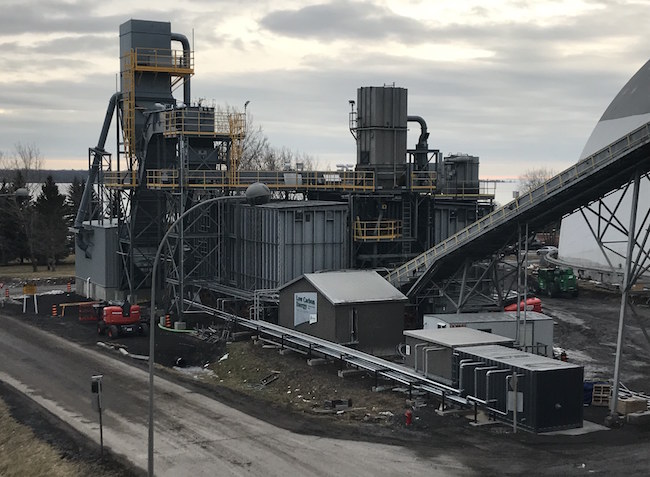 Last summer, the Canadian government said it was considering setting mandatory minimum requirements for the procurement of low-carbon concrete. In a request for information, calling on the construction industry to weigh in on the feasibility of establishing a baseline for cleaner concrete, Ottawa said the eventual requirements would begin by mandating the use of concrete that relies on Portland Limestone Cement. Now readily available, PLC reduces emissions by up to 10 per cent. If the federal government moves ahead with the initiative, the targets would get more aggressive from there.

Auer says the federal government is still working through its implementation process, but that he hopes to see PLC become the baseline for cement across the country.

“PLC is kind of a no-brainer solution,” he says. “You can reduce your emissions by up to 10 per cent and it doesn’t cost you any more money and most importantly, it doesn’t preclude any of the other decarbonization strategies that are coming online. So you can still use supplementary cementitious materials, you can still use these emerging mineralization technologies like CarbonCure and Solidia, and others that can basically be stacked on top of PLC.”

The CAC estimates all three levels of governments buy up to half of all construction materials in Canada, either directly or indirectly, so momentum on the public side would go a long way.

In the private sector, Auer says the association has been expecting demand for cleaner concrete to pick up for the past decade, but it is only recently that owners and buildings tenants are slowly becoming a force for change.

Today, lower carbon mixes come at a premium, but the benefits of minimizing embodied carbon and developing CO2-neutral buildings have businesses showing more willingness to foot the added bill. In the not too distant future, low, or even net zero concrete, may be table stakes in Canadian construction.