Busy in all regions

Significant projects will keep contractors busy in all areas of the country through 2023. 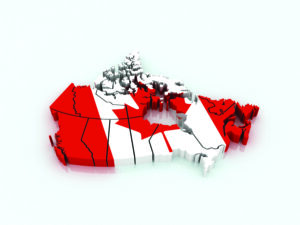 By the middle of 2022, the province was tracking a list of more than 350 major projects worth $135 billion that included roadworks, condominium buildings, hospitals and schools – most with completion dates between 2023 and 2025.

Key projects include the widening of Highway 1 in Langley, the construction of the Gateway Building at UBC in Vancouver, the replacement of Stuart Lake Hospital in Fort St. James, a new hospital and cancer centre in Surrey, and a new transit exchange with 12 bus bays to service communities on Vancouver’s north shore.

The first nine months of 2022 saw more than $4.6 billion of permits issued by the city of Calgary alone. In Edmonton, the city’s four-year budget plan includes $2.2 billion to maintain existing infrastructure, and another $4.4 billion for such approved construction projects as LRT expansion projects and new recreation centres.

In addition to oilfield and pipeline projects, the province also has a large number of road projects, infrastructure work, institutional builds and commercial projects on the docket for 2023, including $133 million in provincial money to expand and build new operating rooms over the next three years.

In its 2022-23 budget, Saskatchewan’s provincial government posted a target to invest $30 billion in infrastructure by 2030. Included in that figure is roughly $1.6 billion in transportation infrastructure over the next four years, with $479.5 million landing in the 2022-23 budget. The province has upgraded more than 1,000 km this year, and 3,500 over the past three years, putting the province about a third of the way through that ongoing plan.

Flood mitigation and roads are key focal points for Manitoba. The provincial transportation and infrastructure ministries have a three-year capital plan that includes upgrading Winnipeg’s Perimeter Highway to freeway standards, expansion of the grid of highways that can support heavy commercial loading, and improved flood protection for Lake Manitoba and Lake St. Martin. Construction is also expected to soon start on a $64.4 million planned renovation and expansion at Boundary Trails Health Centre in Winkler, one of several healthcare projects in an $812 million planned spend across the province.

From the Ontario Line subway to new highways and LRT systems and, of course the Gordie Howe Bridge, Ontario is the land of the multi-billion project. The provincial government has a 10-year $61.6 billion plan to improve public transit, and recently broke ground for the Ontario Line, which will provide rapid transit between the exhibition grounds near Ontario Place and the Ontario Science Centre by 2030. The province also has several hospital projects in various stages, including the Gilgan Family Queensway Health Centre in Etobicoke and a new Mississauga hospital. Also on the docket are Highway 413, a $36 million Confederation GO Station in Hamilton, a $540 million biomanufacturing facility in Hamilton, an $800 million laboratory research centre in Deep River, northwest of Ottawa, and Nokia Canada’s $340 million plan to build a research and development campus in Kanata.

Along with Montreal’s Metropolitan Express Network light rail system that should open its first station in 2023 (which has a stated completion target of 2024), the province has numerous major projects that will keep construction firms busy next year. Jacques-Bizard bridge is set to be replaced. The Centre Hospitalier Universitaire de Quebec (CHUQ) is redeveloping Enfant-Jesus hospital. And major roadwork is underway, including the widening of Highway Henri-IV (Route 573).

Rebuilding efforts after the floods and hurricanes over the past two storm seasons will continue in Canada’s Atlantic provinces in 2023, but there are also other projects in the works, including the South Shore Regional Hospital Redevelopment Project in Bridgewater, N.S., $1.13 billion over the next three years in New Brunswick for transportation projects, and a new $330 million Adult Mental Health and Addictions Facility in St. John’s.