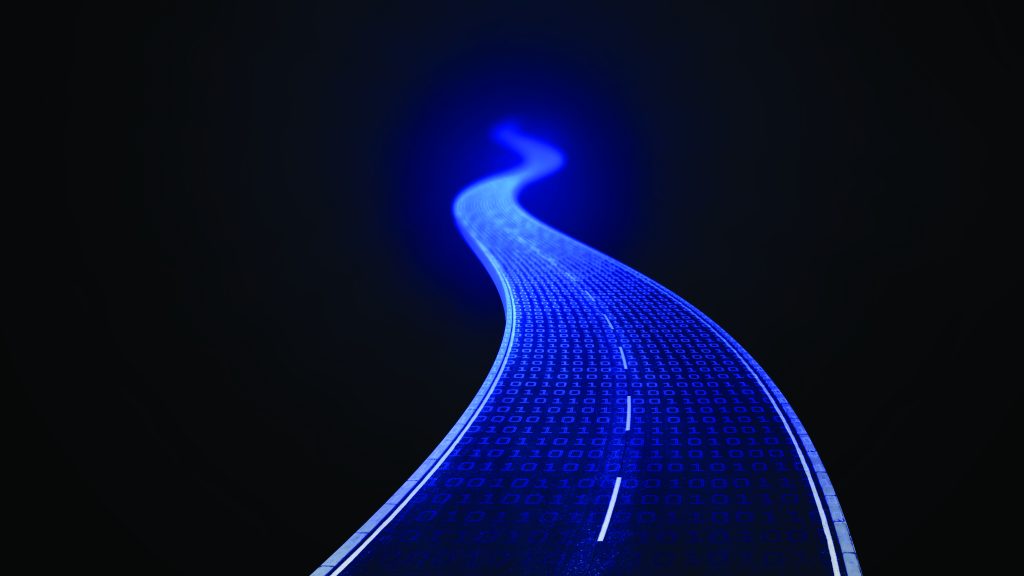 Since General Motors rolled out the first mass-produced electric vehicle of the modern era, 1996’s EV1, technology on four wheels has been advancing at a rapid pace, and so have structures around them. In short order, we’ve seen GPS navigation, cameras and driving assistance systems become common, and even mandated in the case of rear-view cameras.

Of particular focus over the past decade have been self-driving automated vehicles. Going a step further are driverless vehicle concepts and pilot projects that have been earning a lot of attention as vehicle manufacturers test systems and press for legislative change that will allow for use of autonomous technologies on live roads.

Technological advancement is not only for vehicles, however. Roads and signal systems are stepping up their game, too.

Just south of the Canadian border, Michigan is leading the charge into advanced roadways as it aims to retain its reputation for being a leader in automotive development, especially in the Detroit area. That state recently announced a pair of pilot programs aiming to take technology to the street — literally.

One of the plans could see autonomous vehicles transporting passengers along a dedicated highway corridor in just a few years’ time, and the other plan could have drivers charging their electric vehicles while navigating a mile-long stretch of road as soon as next year.

The state is working with Cavnue, a subsidiary of Sidewalk Infrastructure Partners, to explore the opportunity and viability of building a dedicated corridor for automated and connected vehicles between Detroit and Ann Arbor.

The project received a shot in the arm this past October when AECOM announced it has come on board in partnership with Cavnue on the project. The infrastructure consulting firm is providing engineering planning and design services with a view of possibly expanding the concept to other locations across North America.

The vision is to connect Detroit and Ann Arbor, along with key communities and destinations along Michigan Avenue and Interstate 94 in Wayne County and Washtenaw County, with purpose-built lanes that will allow for more efficient use of the roadways while tapping into the full potential of connected and autonomous vehicles.

Designed to be “future proofed” and evolve to meet transportation goals, it is expected that the system will initially focus on use by connected buses and shared mobility vehicles, such as vans and shuttles, before expanding to freight and personal vehicles.

The three entities, Cavnue, AECOM and the Michigan Department of Transportation (MDOT), are working closely to explore how to best integrate a first-of- its-kind roadway infrastructure stack from Cavnue into the corridor.

The system will have the capacity to provide information to vehicles about the road ahead, which can be used by in-vehicle technology as well as provide unique insights back to those who operate and manage the roadways.

“Smart cars need smart roads. Cavnue’s mission is to simplify and enhance the driving environment to unlock the full potential of all autonomous vehicles. We were drawn to AECOM’s expertise in innovative and ground-breaking projects, as well as their leadership in transportation and the automated vehicles sector,” said Tyler Duvall, Cavnue’s co-founder and CEO.

“We are entering a critical and exciting time for the transportation industry,” added Jennifer Aument, chief executive of AECOM’s global Transportation business. “The full potential of automated travel is being unlocked, and projects such as the Connected and Automated Vehicle Corridor in Southeast Michigan are an example of how these technologies can shape the future of transportation systems.”

CHARGED UP FOR EVS 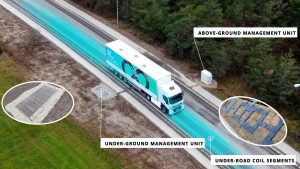 On a more immediate timeframe, Detroit is looking under one of its roads to enhance the driving experience for electric vehicles. The city will be the first in the United States to install a public wireless in-road charging system when one of its city streets receives an inductive charging system under its asphalt.

Electreon, the company that developed the equipment, already has systems operating in pilot programs in Germany, Italy and Sweden. Using copper coils embedded under the asphalt roadway and connected to the energy grid, the technology allows electric vehicles (EV) outfitted with under-car receivers to transmit energy wirelessly to their batteries while using the road.

Plans call for the wireless charging infrastructure to be installed along a one-mile stretch of the Michigan Central mobility innovation district of Detroit, and to be operational by 2023.

While the system operates in a similar fashion to wireless charging pads for smartphones, Stefan Tongur, vice-president at Electreon, explains that there are some significant differences.

“What we are talking about here is the high-tech version of that,” he said. One of the key differences is the fact that most people don’t move or use their phone while charging it on a wireless pad.

“If you put your phone on the pad and you miss it by a little bit, then it doesn’t work,” he explained, adding that his company’s system handles “almost” much better than that. Although it is necessary to stay over the copper coil for energy to transfer over the air, his engineers have built in a placement tolerance of about 20 centimetres to either side of the vehicle. “With lane assistance that we have in vehicles already, it won’t be an issue.”

As autonomy hits vehicles and complementary systems are build, including Michigan’s automated lane pilot project, the precision of a vehicle’s lane position will also be enhanced and further aid the system’s ability to provide energy to vehicles traversing the route.

“The idea may sound radical, but from an engineering point of view, this is an incremental innovation,” he added. “We are changing the interfaces between the road and how the road communicates with the fuelling system and the vehicle. All of these things are known; we are building on existing knowledge; we are extending that knowledge; and we are taking the best practices and making the road into a charging asset.”

That holds promise to take a static piece of infrastructure like a road and make it a more valuable asset.

As Michigan governor Gretchen Whitmer said when announcing that Electreon was selected to deliver the project, “As we aim to lead the future of mobility and electrification by boosting electric vehicle production and lowering consumer costs, a wireless in-road charging system is the next piece to the puzzle for sustainability.”

The future of transportation will see vehicles communicating with each other, and roads built to actively support the modes of transport driving on them, which just begs to bring another component to the mix: traffic controls and signals.

“While America’s transportation infrastructure continues to be one of the country’s greatest historical accomplishments, as well as the lifeblood of the American economy, the system itself continues to have serious challenges during the last two decades,” stated Tim Menard, CEO and founder of LYT. “This is mainly due to the rise in traffic congestion which has ensnarled hundreds of cities.”

His company has developed a cloud-based, AI-powered transit signal priority system that dynamically analyzes data from transit tracking sensors and communication networks to adjust the timing of traffic signals for more efficient flow of traffic.

“Many cities have installed transit signal priority systems to ensure that transit vehicles have a higher probability of getting green lights, thereby partially mitigating these problems. However, these solutions are suboptimal,” he explained.

Most systems, he says, don’t include real-time traffic and often difficult to calculate public transit delays, which leaves considerable room for improvement. Real-time data captures a more complete picture so that the system can better control the timing and duration of traffic control signals like traffic lights.

“LYT’s cloud-based transit signal priority system takes the global picture of a route into account and uses machine learning to predict the optimal time to grant the green light to transit vehicles at just the right time,” he stated. “It minimizes the interference with crisscrossing routes and simultaneously maximizes the probability of a continuous drive.”

As autonomous vehicle systems evolve, it may even become possible to extend the signal system beyond public transportation agency use, adding information from technology-enabled personal vehicles to add to the data matrix governing signal lights.

Says Menard, “Just like today’s technology-heavy electric vehicles cannot truly exist without a network and infrastructure of charging stations, connected vehicles alone cannot solve the problem of today’s traffic problems, and intelligent transportation systems are only as good as the data-sharing platforms they operate on.”