Contractors and the Law: Breaking up is hard to do 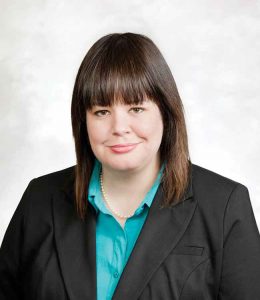 A recent Ontario court decision illustrates the expected – and unexpected – challenges that arise when one party wishes to end a contractual relationship. In Bombardier Transportation Canada Inc. v. Metrolinx, 2017 ONSC 2372, Bombardier had entered into a $770-million contract with Metrolinx to design and build a fleet of light rail transit vehicles for new transit lines in Toronto. After a series of very public delays in meeting milestone deadlines, Metrolinx put Bombardier on notice that it was in default and then terminated the contract. Bombardier objected to the termination, saying it had cured the default by developing a new schedule it was confident it could meet.

In most cases where a right to terminate for default is disputed, the contractor downs its tools and leaves the site, and brings a lawsuit or arbitration for breach of contract. Meanwhile, the owner hires someone else to finish the work. Eventually, the court, or arbitrator, decides whether the owner had a contractual right to terminate under the contract. If the termination was justified, the owner is entitled to damages flowing from the contractor’s breach, such as the costs of a replacement contractor. If the termination was not justified, either because the contractor was not in default, or because the owner followed the wrong procedure (for example, by giving the contractor a shorter time to cure the default than set out in the contract) the contractor is entitled to damages flowing from the owner’s breach, such as the profit it would have made on the job. At this point, the job is long over.

Bombardier did something different. It sought an injunction, asking Ontario Superior Court of Justice to order Metrolinx to preserve the status quo by keeping Bombardier on site.

Bombardier argued that this dispute resolution procedure was mandatory for all disputes between the parties, including disputes over termination. Because Bombardier disagreed that it was in default, it contended, Metrolinx was required to go through all the steps of the dispute resolution process before terminating the contract. Metrolinx said this procedure was not applicable, because the clause giving it the right to terminate stated that it applied notwithstanding any other provision.

Bombardier managed to persuade the Court that this case was an exception, due in large part to the size of the Project. Termination for default would affect Bombardier’s ability to bid on future projects, and the damage to Bombardier’s supply chain and potential loss of an expert workforce (which would need to be laid off) would impede its ability to restart the Project should the dispute resolution process determine that there was no default. These losses would be impossible to quantify and therefore not compensable by damages. Most contractors are just not going to have that kind of evidence available to them.

That doesn’t mean that owners should ignore this decision. As set out above, a failure to follow the proper procedure in terminating a contract can result in damages awarded to the contractor, even where the contractor was actually in breach. Owners must now consider, in addition to any cure period, whether the contract dispute resolution procedure is a precondition to termination, or risk having to pay damages for terminating too soon. It’s a nightmare scenario, on a time-sensitive contract, to be stuck with a non-performing contractor until several lengthy layers of dispute resolution have concluded. (Recognizing this, the Court directed Bombardier to take all reasonable steps to expedite that process.)

Termination is a complex area of law and the stakes are high. Parties negotiating construction contracts should consider spelling out exactly what mandatory dispute resolution procedures should and shouldn’t apply in the specific event of a termination.

Krista Johanson is a lawyer at Borden Ladner Gervais LLP (BLG).  She practices in the area of commercial litigation with an emphasis on contract and construction disputes. Send comments to editor@on-sitemag.com