When does it makes sense to use them? And which should you use? 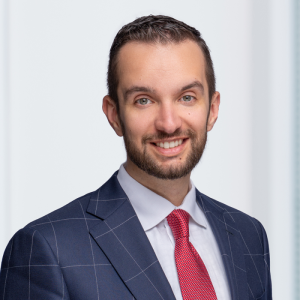 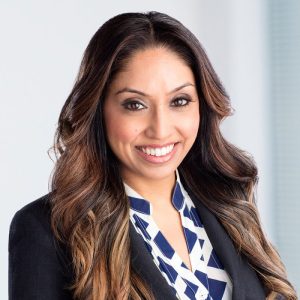 When construction industry participants have major problems on construction projects, often a first consideration is whether or not that issue will need to be heard in court, and/or how they can avoid it going to court.

These considerations are often at the forefront of a participant’s mind because of the challenges associated with litigation and the fact that litigation itself is simply not for the faint of heart.

Litigation, while certainly being warranted in some circumstances, often comes with a significant level of risk – particularly as there are high costs, lengthy waits and ultimately, the decision is taken out of the hands of the litigants and placed into the hands of the decider (most often a judge). Moreover, even with a legally sound case, other litigation issues such as documents, evidence and witnesses can all play a role in the eventual outcome.

In the circumstances where a construction dispute has metastasized into something that is not readily resolved between the parties then, prudent contractors and owners will often look for a solution that provides them a measure of control – in respect of costs, schedule and potential outcome. The desire for such control is, of course, not unique to the construction industry, but it has advanced further in our industry as we continue to develop alternative methods for resolution of our various issues.

As courtroom litigation has become lengthier and more expensive in recent years, particularly as a result of the pandemic, it is useful to consider these alternatives to resolve construction disputes and consider when they are best deployed.

While not an exhaustive list, here are some common options for alternative dispute resolution, described in brief.

This is a process involving a neutral evaluation by an independent third party with significant experience in construction dispute resolution retained by the parties. A referee generally gives the parties an opinion on the dispute (e.g., who would likely be responsible; what was the cause of the delay).

While using a referee is typically a non-binding process, meaning the referee’s opinion is not intended to be utilized as an enforceable decision (i.e., it would not be enforced by a court as such), it is nevertheless a highly effective tool that parties can use to assess the likely outcome, quickly and efficiently without the added expenditures of court.

Such an opinion would naturally be a negotiation tool that the parties could use to amicably resolve their differences, typically at an earlier stage than litigation or arbitration. This method can often be helpful when a dispute arises but the construction is not yet complete. The parties can get a preliminary decision while maintaining a working relationship.

As well, using a referee to encourage settlement may allow parties to avoid the extensive discoveries and document disclosure requirements associated with court proceedings. We are more frequently seeing this type of dispute mechanism being included in major infrastructure project contracts, particularly linear projects, but it can also be utilized by agreement during a project.

Broadly speaking, in a facilitated negotiation, the parties agree to retain a facilitator to help lead and manage discussions with two or more parties and/or help facilitate a resolution between the participants.

The facilitator is engaged to assist the parties to achieve what they may not have been able to achieve on their own. This individual however does not make any decision in respect of the merits of the discussions between the parties but rather assists the parties with the process and, depending on the wants of the parties, may also provide some commentary or recommendations.

Importantly, facilitated negotiations are a voluntary process. They are most useful approach when the parties are motivated to accomplish the same goal, such as complete a project with limited commercial impasse.

Facilitated negotiations tend to be engaged on an ad hoc basis and are not often included in construction contracts. In this regard, they can be an attractive option given they can be suggested at any stage of the dispute without any significant expenditure from either party.

The individual hired to facilitate negotiations can also provide parties advise leading into any other dispute resolution processes if, for example, they need assistance in negotiating process or procedure. Overall, this option can provide a cost-effective and efficient framework for reaching resolution when construction participants are motivated to reach a mutually agreeable solution without going through more strenuous processes.

At this point, we expect that many readers would be readily familiar with the concept of mediation. This is arguably the least adversarial method of all the alternative dispute resolutions methods and arguably the most commonly used means to resolve construction disputes outside of strict negotiation.

Mediation occurs when the parties jointly retain an independent third party to help achieve resolution. Mediation is one of the most popular forms of dispute resolution as it can be undertaken at any stage of a litigation and neither party can be forced to agree. However, when there are risks on both sides or the parties want to limit the costs of a lengthy court or arbitral proceeding, a mediation can be an extremely valuable tool.

Given a mediation provides less emphasis on legal analysis and greater emphasis on resolution, parties can agree to creative solutions which meet their goals and interests. Mediators can also be evaluative or facilitative, with the latter being the more common modality.

As with any settlement agreement, settlement at mediation is binding on the parties. Importantly, settlements and discussions within mediation are also confidential, unlike a court proceeding.

The process can also be streamlined by simply making submissions and positions and generally allow the mediator to move the settlement discussions forward while pointing out the weaknesses on each participants’ case (in the absence of the other). If the parties fail to settle, the parties can continue pursuing their claims and the mediator cannot be compelled to testify for any party.

While there is a cost to retain a mediator to facilitate settlement discussions, generally speaking, this can be a very cost-effective tool to resolving disputes.

Adjudication is now a mandatory dispute resolution mechanism under the Ontario Construction Act and one that is being incorporated into other prompt payment legislation across Canada. Adjudication can also be used by agreement of the parties.

In brief, adjudication provides for a swift interim binding decision from an experienced adjudicator which binds the parties until a final determination is made by a judge or arbitrator. Most often, after going through a short adjudication process (e.g., 46 days), parties become less interested in pursuing final binding determination in a lengthy court proceeding and instead opt to settle that dispute on a mutually agreeable basis.

In the interim, at least in the Ontario market, adjudicated determinations can be enforced like a court order, which provides fast relief in non-payment scenarios when implemented properly. This avenue can save the parties significant litigation costs and help them achieve an expeditious result.

Dispute boards are generally permanent panels of third-party experts, such as engineers, lawyers, project managers, etc., that are set up to accompany the performance of a contract. They are often agreed to and set up when the contract is executed (most often seen in longer term contracts) to help facilitate a process for parties in the event there are disagreements during the project. Their purpose is to assist in preventing or overcoming these disagreements or disputes.

This can be a flexible tool with the dispute board having the authority the participants prescribe them. Accordingly, there are different types of dispute boards which include, for example, dispute adjudication boards and dispute review boards.

Parties are also free to set up what are known as hybrid dispute boards. In such circumstances, the selected panel members may be empowered to exercise discretion to make binding decisions in certain circumstances and/or recommendations in others. Depending on the type of dispute board formed and the authority granted to them, the range of costs and process will vary.

As an alternative to court, parties can also agree to arbitrate in advance or after a disagreement arises. Arbitration provides parties with a confidential forum to secure a final and binding determination in a controlled process facilitated by an expert or experts (e.g. a panel of three arbitrators).

Arbitration bears some resemblance to courtroom litigation in that there is a higher degree of formality and often includes witnesses, cross examinations, exchange of documents and rules of evidence, however, this too can be tailored to best suit the parties’ needs, providing them some level of autonomy over the process. That said, arbitration is not litigation and arbitration is not intended to be a private trial.

The differences between arbitration and litigation need to be considered when choosing arbitration in particular, given the arbitration process, which is equally binding and produces an enforceable award, does not have the same procedural protections that courtroom litigation does.

Parties often opt for arbitration to have control over cost, schedule and process, at least to some degree given arbitrations can sometimes be significant endeavours.

This a hybrid process with the process of mediation taking place first. If the mediation is unsuccessful, the mediator who conducted the mediation is engaged to arbitrate and provide a final and binding determination on the dispute. This can be a useful tool when the parties want to make best efforts to resolve matters amicably, but it includes a failsafe in the event they cannot reach an agreement.

In other words, the parties negotiate in good faith to settle and if they are unable to do so, the mediator has the authority to rule as an arbitrator and make a binding decision.

This process does have some concerning attributes and should be exercised with caution. For example, parties are sometimes concerned with sharing confidential information that would normally be shared with a mediator with someone who ultimately may decide their dispute. An approach with a mediator is often different than an approach with an arbitrator and it does create some unwillingness to participate as freely in mediation as may normally be expected.

Given the parties start this process in a mediation format, it is less costly than arbitration but can be more costly than mediation alone as the mediator/arbitrator’s role and evidence required during the process will be more significant.

While there is no one size fits all, knowing the different resolution remedies available on construction projects and when best to employ them can help meet your financial and business goals and, as noted above, provide construction industry participants with a great degree of control over cost, schedule, process and outcome than would otherwise be available in court.